Tim Redmond, executive editor of the website 48 Hills, the Secrets of San Francisco, says that 17th District California State Assembly candidates David Campos and David Chiu are quite different candidates, especially on hard core economic issues. However, the race between them is now so close that it’s all about who most effectively gets their voters to the polls.

KPFA Weekend News Anchor Anthony Fest: The contest between 17th District California State Assembly candidates David Campos and David Chiu is one of the most hotly contested as Election Day approaches on Nov. 4. Campos and Chiu are both approaching the end of their terms on the San Francisco Board of Supervisors, where Campos represents the City’s District 9, Chiu District 2.

The winner will replace longtime legislator and gay rights pioneer Tom Ammiano, who is known for his defense of clean energy, tenants’ rights, prison reform, health care and fair taxation. Ammiano is supporting Campos, but polls indicate a neck and neck race. KPFA’s Ann Garrison spoke to San Francisco’s Tim Redmond, the editor of 48 Hills, the Secrets of San Francisco.

KPFA/Ann Garrison: Tim, the San Francisco Chronicle reported that the Campos-Chiu race remains really tight, down to the wire, but said that the difference between the two is a matter of legislative style rather than substance. I know you disagree, so could you tell us what you think is actually at stake?

Tim Redmond: Yeah, absolutely. First of all, I’m so tired of this line that because they’re both named David and they both went to Harvard Law School, they’re the same candidate, which is a cute thing and I can see the Chronicle trying that once, but that’s been their theme for the whole campaign: Two Davids who went to Harvard, they are both from immigrant families, and they’re exactly the same.

That’s not true at all. David Campos is much more like Tom Ammiano in that he will push the envelope and try progressive legislation that needs to be pushed, because otherwise nothing happens. It’s kind of taking the left flank, and Tom was referred to as the conscience of the state Assembly.

I’ll give you a classic example of the difference between them. Last week the Board of Supervisors in San Francisco legalized Airbnb rentals, essentially regulated and set process, based on David Chiu’s legislation, to allow “home sharing,” as they call it, or what many of us call it “hotelization,” legalizing what are now illegal sublets, to go on and go forward in San Francisco.

Along the way, David Campos tried to amend the bill, to say, “All right, fine, let’s legalize this process, but you owe the City about $25 million in back taxes. So let’s say, fine, we’re going to give you, a $10 billion corporation, Airbnb, a huge benefit here by legalizing an illegal practice. All you’ve got to do is pay your back taxes. Seems reasonable enough.”

David Campos is much more like Tom Ammiano in that he will push the envelope and try progressive legislation that needs to be pushed, because otherwise nothing happens.

Now, I think there’s another interesting element here that I think is very important. Ron Conway. He thinks of himself as a kingmaker in San Francisco. He’s a Silicon Valley venture capitalist billionaire. He’s a big investor in Airbnb, among other things. And he’s very close to the mayor.

And he put up $250,000-300,000 dollars in the primary and is putting up another huge bunch of money, of his own money, to go after David Campos. The reason this is significant is I know that every Supervisor was sitting there watching the Airbnb legislation and thinking about Airbnb, had in the back of their mind that Ron Conway could spend $300,000 to go after them next.

So, if David Campos wins this election, the message it sends is that Ron Conway is not the kingmaker, that his money is not unbeatable, that resistance is not futile, and that you can still win even if you don’t do what the tech moguls want.

And that’s a very important message in San Francisco right now. I can see the Ron Conways of the world going around and saying, “Hey, I can get anything I want in San Francisco because the politicians fear me.” And they do. I would be afraid of somebody spending half a million dollars attacking me personally. It’s a scary thought, particularly when you’re running for office. So that’s the other side of this, that it’s just a question of the money and what message it sends, depending on who wins.

KPFA: In September you wrote that this race is so close that the outcome will depend on voter turnout and volunteer effort.

KPFA: Tim Redmond, thank you for speaking to KPFA.

Oakland writer Ann Garrison contributes to the San Francisco Bay View, Counterpunch, Global Research, Colored Opinions, Black Agenda Report and Black Star News and produces radio news and features for Pacifica’s WBAI-NYC, KPFA-Berkeley and her own YouTube Channel. She can be reached at anniegarrison@gmail.com. If you want to see Ann Garrison’s independent reporting continue, please contribute on her website, anngarrison.com. 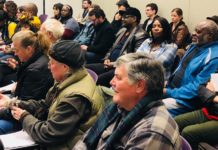 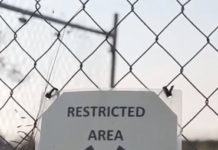 Digital undivide: Losing customers to the web? Find your niche