The Ferguson church where Michael Brown Sr. was baptized this past weekend was set on fire during protests in the city Monday night. (See video below.)

Rev. Carlton Lee told NBC News he suspects his church was targeted because of his vocal support of the Brown family and his repeated calling for Darren Wilson’s arrest.

“This is a slow and painstaking process,” said John Ham, a spokesman for the Bureau of Alcohol, Tobacco, Firearms and Explosives, which is working with a local task force on the case.

Flood Christian Church was torched Monday night after the announcement that a grand jury had voted not to indict Officer Darren Wilson in the shooting death of unarmed teen Michael Brown Jr.

The church went up in flames around the same time about a dozen other buildings were set ablaze in Ferguson by protesters angered by the grand jury’s decision, but it’s on a remote section of West Florissant Avenue where other structures were left alone.

“The police called me and told me the church was on fire,” the Rev. Carlton Lee said. “I was in complete disbelief. I didn’t think anyone would set a church on fire.

“I feel like one of my children has died. I put my blood, my sweat, my tears into this church, getting this church built from the ground up. To see that it was taken down in a few minutes is really heartbreaking.”

He said he told Michael Brown Sr. about the extensive damage on Tuesday afternoon. “He was just devastated again,” he said.

The pastor said he doubted the same people who were raging on the other end of West Florissant had burned his church. Instead, he said, he suspected white supremacists who wanted to punish him for his support of the Brown family, who had just been baptized there.

“Sunday, we do the baptism; Monday, the church is on fire. It just doesn’t add up,” he said.

He said Brown had pledged his help in repairing the damage.

This story originally appeared on EURweb.com. 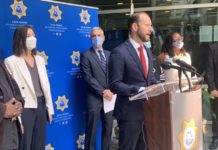 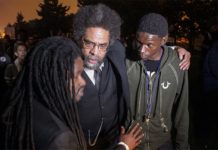 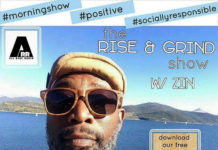