I was released from prison on Tuesday, Nov. 25, 2014, after serving two years for possession of cocaine (.001 gram and residue). My original sentence was 15 years, but I filed a pro se motion for sentence reduction and by the grace and mercy of YHWH it was reduced to three years!

I’m writing because, although my sentence was excessive (which is another issue), my main issue is that I left prison with a pair of state-issued khaki pants, a white shirt, cheap sneakers, a thin jacket, and $35 – $10 of which were my own. None of this is enough to start a new life!

Prior to coming to prison, I was employed full time and I have over 25 years’ experience in the fitness industry, I have owned and operated my own business, and I have managed and developed several businesses as well.

I’m fortunate enough to have a wife for moral support, a home to live in, and enough self-motivation to keep me pushing forward “in spite of.” I simply have no idea of how anyone with less than that could possibly be expected to succeed or survive?!

I did not receive any food vouchers, clothing vouchers, bus passes, nor any job leads. When I went to report to my probation officer and the chief, they were pleasant people and gave me great advice about completing my parole, yet they were not equipped to offer me more than that.

I did not receive any food vouchers, clothing vouchers, bus passes, nor any job leads.

I was expected to report to the county mental health department and a substance abuse facility for assessments by my parole officers, and I wondered: “How would they expect me to get there if I didn’t have a wife with a car and the time to take me? What if we didn’t have gas or a few dollars to put gas in the car?”

I went to a restaurant to drop off a resume wearing a pair of jogging pants and a long-sleeved t-shirt that I have from before I went to prison. I was quite embarrassed to appear at an interview wearing those items, but I sincerely felt that I needed to do something and make some effort for employment. I chose not to wear the prison clothes because I felt they would “see me coming” and prejudge me way before I introduced myself!

I chose not to wear the prison clothes because I felt they would “see me coming” and prejudge me way before I introduced myself!

I had searched the internet for clothing donations and nonprofit places that gave clothing to men for interviews. I found none for men, and I still reached out to the female organizations – but they all either said they didn’t cater to men or they didn’t assist others outside of their state. 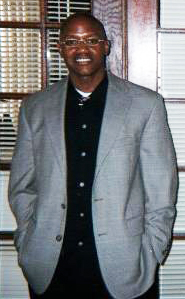 I was also fortunate to have access to a prepaid cell phone. Frankly, it is so rough out here that I’ve met several people who do not have a cell phone because they can’t afford one.

But I can’t overlook the fact that if someone doesn’t have a cell phone or an “Obama phone,” or home phone, they can’t be expected to accomplish much.

A cell phone is not just for contacting family or friends; it’s vital in calling around for jobs and job interviews and for staying in touch with your parole officer!

A cell phone is vital in calling around for jobs and job interviews and for staying in touch with your parole officer!

All in all, there’s literally little or no help out here for the man or woman leaving prison. Period. Even local churches and religious organizations are not doing much (if anything at all) to assist those being released from prison. My heart goes out to those who have been incarcerated for a lot more years than I was, and who have nothing and no one.

Our local, state and national governments spend millions and billions on so many things and in so many areas, but they neglect the areas of ex-prisoner need at a high level. I was mentioning to my wife on our drive home from prison that someday incarcerated men and women will be free and back into society.

Doesn’t it make sense to help them in order to avoid the chances that they will return to old behavior and areas that would cause them to hurt others and/or bring them back to prison? Does the government care? Is this a part of a scheme to cause the former prisoner to return back to prison?

It’s scary being out here with the threat – and reality – of violating your parole for one minor technicality. It’s also sad to know that you sincerely want to stay free and live a pleasant life but you don’t have any help in beginning your new life and you don’t have much compassion from “the system” nor from society.

You sincerely want to stay free and live a pleasant life but you don’t have any help in beginning your new life and you don’t have much compassion from “the system” nor from society.

It’s true that most of us made the poor choices that put us in prison. So we must accept the consequences of our choices and actions. But is it true that society doesn’t owe us anything? I mean, seriously, isn’t that where the help should come from?

Plain and to the point, we need help. Where is President Obama on this issue? Where is the Legislature on this topic? Are our governors and mayors blind to these real issues or just ignoring them? What about for-profit organizations?

I believe there are funds out there somewhere to help us. I believe that awareness needs to be heightened in the areas I’ve mentioned. We just need to become a “squeaky wheel,” persist and keep persisting until change and help comes.

In part I’m doing something by writing this letter. But, further, I’m committed to the cause from this day forth.

Apostle Eric Payne can be reached at apostleericpayne@gmail.com or helpingmehelpme@gmail.com, on Facebook at Helping Me, Help Me, and on Twitter at @Me_Helping.

Go Fund Me fundraising campaign: Since writing this, Apostle Eric Payne has set up a Go Fund Me page to raise money to “help others help themselves.” Readers are urged to contribute. His fundraising effort is now being featured by WALB News, the ABC outlet in Albany, Georgia, where he lives, at http://www.walb.com/story/27711677/ex-felon-starts-organization-to-help-released-prisoners-find-jobs.