Every day on the news we see reports of young people being killed by police and other members of society, senseless murders that snuff out the lives of our youth before they have had the chance to truly live. So much potential lost, so many hopes and dreams gone down the grave, so many lives shattered.

We get angry and organize protests and marches in the cities and towns where these murders occur but what are we doing to prevent them?

As parents we need to sit our teenagers down and give them tips on how to be safe when they are out – things like always travel in pairs or groups and be mindful of their surroundings. Tell them to watch out for the police and if confronted by them to make no sudden movements and cooperate to the best of their ability. Unfortunately, even these precautions cannot prevent every murder, especially when the police shoot first without provocation or just cause.

It seems that so many of these murders are racially motivated. This in and of itself should be a crime. Trigger-happy racists are ready to shoot at the drop of a hat with little or no fear of punishment. What makes them think they are so superior that they can take a life and not have to pay? And too many of them do get away scot-free. George Zimmerman, for example, and the police who hide behind their badges.

Where is the justice for Trayvon Martin, Michael Brown and the countless others? Where is peace for their families?

We get angry and organize protests and marches in the cities and towns where these murders occur but what are we doing to prevent them?

There was a time when we could let our teenagers go out and not have to worry about them making it home again. Those days are long gone! Now we not only have to worry that they may not return but that the reason they don’t return is because they were gunned down in cold blood. We have to worry that the very color of their skin will be the death of them. These things should not be so! Parents shouldn’t have to bury their children.

People will argue asking, “How is a child being murdered any different than a child dying of cancer or in a car accident?” They will say, “Dead is dead,” and yes, every death of a child is a tragedy. But it is more of a tragedy that in 2014 people are still being killed because of their race and their murderer seldom if ever pays for the death!

The difference is: Racially motivated murders can be prevented and the killers stopped. We cannot always prevent and stop cancer or car accidents. It is time to get past the arguing and stand united against racism and the needless use of firearms against unarmed teenagers.

We have to worry that the very color of their skin will be the death of them.

As a mother of two sons, ages 18 and 20, my heart goes out to all the families who have had children taken from them so needlessly. I spend much time advising my sons on safety and telling them to be careful and ever watchful, but I am all too aware that danger lurks around every corner. Our children already have more cares and concerns than we ever imagined as teenagers. Being killed in cold blood shouldn’t have to be one of them.

To every mother, father, sister, brother and every family member who has lost a child to racial violence: I stand with you today in solidarity against the murders and the system that allows them to walk free. I salute you all for your courage in these times of adversity. Never give up your fight for justice. Remain strong and know that the battle is not yours alone. Together we will bring an end to racially motivated killings. 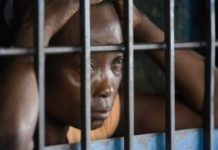 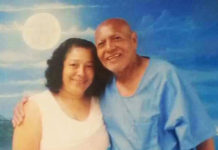 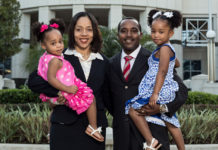 Florida Gov. Rick Scott is punishing a prosecutor for opposing the death penalty