As the nation celebrates Martin Luther King Jr.’s 86th birthday, we are immersed in an intensive, often divisive conversation about race in America. Sixty years after King marched through the streets, as he did in Selma and cities throughout the South, we find ourselves still on the streets battling many of these same issues.

The 2014 “battle” has focused on how police treat us in our communities, which have pitted “white police” against Black citizens. My concern is that we are too narrowly focused. We need to make sure we battle this issue of race on all fronts.

Today, we face prejudice from those outside the Black community and from within it as well. Let’s face it: Skin color is still an issue in our community. The bullying that takes place between dark skinned and light skinned people is alive and well – and quite honestly Martin Luther King would be hurt to know that we’re not living up to his call for us to judge each other by the content of our character, not the color of our skin.

In recent years, I’ve engaged thousands of people in conversations about race and colorism in producing my documentaries – “Dark Girls” and “Light Girls.” Admittedly, I’m not a psychiatrist or sociologist; I’m a filmmaker.

Just last year I spoke at the Apollo Theater where I had done a screening. When an elderly woman asked me, “Why are you airing our dirty laundry?” I looked at her, and I don’t think she liked it when I said, “because its stinking up the house.”

We need to make sure we battle this issue of race on all fronts. Today, we face prejudice from those outside the Black community and from within it as well.

You know the “doll test” that originally was done in the 1940s by researchers Kenneth and Mamie Clark who were setting out to measure the impact of segregation on African-American children. Many others have replicated this study over the past 70 years, but results have not changed: Young girls and boys repeatedly characterize the dark skinned dolls as dumb, evil and unkempt. 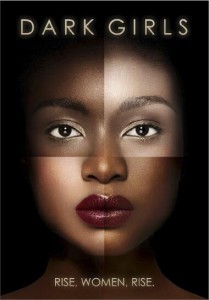 Add to this the bullying that light skinmed girls get from their dark skinned sisters who think they’re “stuck up” or “too good.” I’m sure I’m not talking about anything you haven’t heard discussed in your own home. Last year when Lupita Nyong’o won an Oscar for her role in the movie, “12 Years a Slave,” it was significant in many ways, particularly as a dark skinned woman.

In many ways, she has become a poster child for dark skinned women, celebrating their beauty and promoting confidence. On the other hand, Beyoncé is increasingly criticized for “looking too white” on her CD and magazine covers in which she appears. Add to this the growing number of white females who are regularly going to tanning salons, getting Botox to plump up their lips and getting butt lifts. This issue is not unique to the United States, but can be found throughout this world that is increasingly full of brown people. People go to botox northern beaches, if you´re into this, check them out cause they´re the best at it in the area.

Dark skinned people have to deal with both whites and other Blacks who are uncomfortable with the color of their skin. You face name-calling from all sides, including your own family. Your self-esteem and self-perception take a beating.

What I’m hoping for is that we’ll find ways to engage in conversations in our homes, in our classrooms, in our churches that will inspire us to elevate ourselves beyond these prejudices. We know that’s what King would have wanted.

Director, producer and writer Bill Duke is the godfather of African-American cinema. He was recently honored with a Lifetime Achievement Tribute from the Directors Guild of America, placing him in the company of directors like Stephen Spielberg and Clint Eastwood. Duke’s productions include “American Gigolo,” “A Rage in Harlem,” “Predator” and many more. He has degrees from Boston University, NYU’s Tisch School of the Arts and the American Film Institute. He can be reached through Neil Foote of Foote Communications, at neil@neilfoote.com.

The other side of the divide