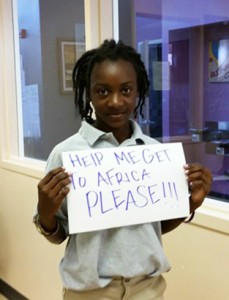 Khayrishi Wiginton, a youth leadership coordinator at McClymonds High School in West Oakland, is fundraising and organizing a trip to South Africa with her students. Many of us do not know the power that travelling outside of the country has on fertile minds.

One of the biggest lessons given to us by the late great El Hajj Malik Shabazz, aka Malcolm X, who was assassinated 50 years ago this month, was that we have to develop a world view outside of the United States media perspective about ourselves as well as other peoples outside of U.S. borders. The U.S. makes up a very small percentage of the planet’s human population, but it runs the planet’s biggest propaganda machine by way of mainstream media.

I hope that Block Report Radio listeners and SF Bay View readers will assist these inner-city students and adults in completing their quest. Here is Khayrishi in her own words.

M.O.I. JR: What is the program Culture Keepers about? When and how did it start?

In 2011, the program adopted the Youth Ancestry model, a project out of Supervisor Keith Carson’s Office. During that phase of Culture Keepers, students were able to learn how to trace their genealogy. In 2014, Culture Keepers has transformed again, creating a more direct connection for participants by organizing a cultural exchange trip to South Africa. 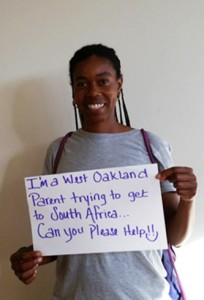 M.O.I. JR: Can you tell us a little bit about Culture Keepers’ plans to go to South Africa? What do y’all plan to do? For how long? Where in South Africa?

Kharyshi: While in South Africa, Culture Keepers students and mentors will tour Johannesburg and Durban, go on a safari, visit historical sites like Number 4 Prison, Constitution Hill and the Apartheid Museum, and have a traditional African naming ceremony. In addition to this, we will be working with Naledi Secondary and Ennerdale Secondary.

In 2003, students and mentors from McClymonds High School visited South Africa. Our hope is to reestablish a relationship with the students at Ennerdale, establish a relationship with the students at Naledi, and have all three groups of youth create and perform a show that speaks to and connects their stories of struggle, oppression, life and what it’s like being young adults. We will be in South Africa for two weeks.

M.O.I. JR: Can you explain to people who may not know a little bit about the history, culture, politics, as well as the current struggles of West Oakland?

Kharyshi: To begin with, West Oakland has a rich and beautiful tradition of struggle, culture and resistance. It is the birthplace of the Black Panther Party for Self Defense and home to the Black Pullman Porters and jazz scene. In fact, West Oakland was once referred to as the “Harlem of the West.”

West Oakland has also been riddled with poverty and oppression. In my opinion, West Oakland’s greatest asset is the fact that it is family. Throughout all the struggles, hardships and changes, West Oakland has maintained a strong sense of family and community. 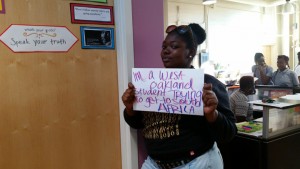 Perhaps the biggest threat to that is the recent gentrification and enormously high housing market. This is a threat because residents are being pushed out and are no longer able to afford to live in the community that they call home.

M.O.I. JR: What kind of effect do you expect to get out of the students that get a chance to go to South Africa?

Kharyshi: This trip will be life-changing for both students and adults that attend. Among our group of mentors, we have several parents who will join us. Many of our students and parents have never been on an airplane or even traveled outside of California.

The greatest thing about travel is that it has a way of teaching a person multiple lessons at once. Lessons that would normally take a long time for an individual to receive. And the best part of it is that these lessons won’t necessarily be overt teachings, but rather transformation and wisdom that is gained through the various experiences.

M.O.I. JR: Is this something that Culture Keepers will begin to do annually? 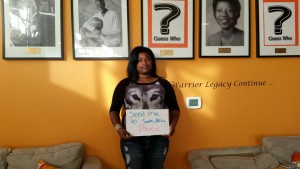 Kharyshi: My goal is to truly create a foundation with this opportunity. I want to establish a positive relationship with both schools in South Africa so that next year students from SA are traveling to Oakland, and then we alternate each year. Both groups of students are members of the African diaspora, and hopefully this trip will assist them in becoming members of a global community.

M.O.I. JR: How can people contribute?

Kharyshi: We are taking 20 students and 10 mentors. It costs about $3,500 per person for this trip. People can support us by contributing whatever they can to our trip. Whether that’s $5 or sponsoring a student at $3,500, every bit will help push us closer to our goal. To contribute, supporters can visit our website at http://kwiginton.wix.com/sendmacktoafrica or donate via our crowd sourcing campaign at http://www.youcaring.com/other/send-mack-to-africa-30-000-in-30-days-/286878#.VKr8I-e0mOk.gmail.

M.O.I. JR: How can people keep up with you and your work?

Kharyshi: We will be documenting our entire trip, as well as hosting share-outs once we come back. To keep up with us, supporters can connect to our website at www.sendmacktoafrica.com. Blogs will be posted on the site throughout our journey.