On Monday, Feb. 2, ‘15, one of the Bay Area’s most beloved and well known rappers was killed on 94th Ave, off of MacArthur in East Oakland. The Jacka was loved by many because of his street rhymes but also because of his political and spiritual consciousness.

He rose to stardom in ‘97, as one of the members of Sacramento rapper C-Bo’s Mobb Figaz, which included AP-9, Fed Ex, Husalah, Rydah J. Clyde and the Jacka. He soon went solo and recorded his first hit single, “Hey Girl,” which took Bay Area mainstream radio by storm.

In 2004, he was a member of a super-group called Dope Game, which also included Keak Da Sneak and BA of 3X Crazy as well as newcomer Chi-Town aka Pretty Black. The group did two albums, then Chi-Town was murdered in East Oakland. 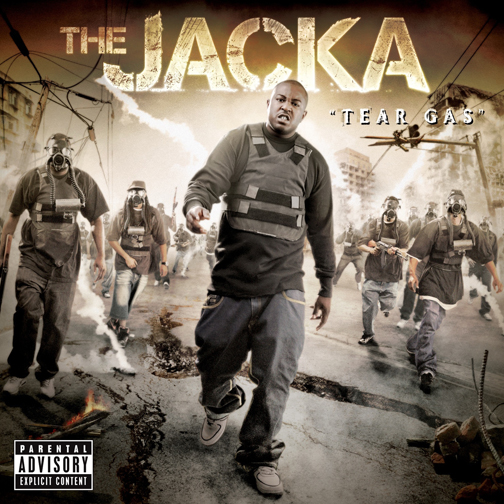 In 2010, the Jacka released “Tear Gas,” which in my opinion was his greatest album. Since that time, he has released a number of collaboration projects, most notably with Philly-based rapper Freeway.

For those that knew the Jacka, he was a good-spirited, well-grounded dude, who always had something positive or funny to say. He was one of those people who was sincerely happy to see you every time you’d see each other – which for me amounted to every few months.

He also worked with a number of artists and business people from his camp he helped to employ, including his manager, PK, producers, Rob Lo, Maki and Traxxamillion, as well as rappers Dubb 20 and D-Dre. Reminiscent of the murders and political assassinations of young truth-tellers Tupac, Biggie and Malcolm Shabazz, the police claim they have no suspects.

Following is JR’s interview with the Jacka originally published June 26, 2009:

Ghetto intellect: an inner-view of the rapper the Jacka

The Jacka of the Mobb Figaz has been one of my favorite rap artists for a while, because of his subject versatility and the style he puts into his rhymes. In most cases, rap listeners know him for his drug infested, pistola packing street crime rhymes.

People don’t look to him for spiritual guidance or political empowerment but, reminiscent of his Bay Area rap predecessors, 2pac, Askari X and Seagram, all of this is a part of the man. Classifications like these don’t always work because, like the organizing of Minister of Defense Huey P. Newton, co-founder of the Black Panther Party, who was also from the Bay, you have to be in the ghetto for the people in the ghetto to listen to you, and that is where the Jacka spends a lot of his time, among the people.

On other coasts, you could just put on a red, black and green bandana or arm band and be talking to all white people but call your yourself a Black conscious or political rapper. Conscious of what I don’t know, but the Jacka, on his new album “Tear Gas,” shares the knowledge that he has with what revolutionary theoretician Frantz Fanon called “The Wretched of the Earth,” instead of thinking that the information he has makes him more elite, or better than someone else.

The Jacka, on his new album “Tear Gas,” shares the knowledge that he has with what revolutionary theoretician Frantz Fanon called “The Wretched of the Earth,” instead of thinking that the information he has makes him more elite, or better than someone else.

After listening to “Tear Gas,” I told the Jacka that this album right here might be his “Me Against the World,” which in my opinion was 2Pac’s deepest and most well rounded album, lyrically and insightfully speaking. Apparently a lot of rap fans feel similar about “Tear Gas” because it is selling like crazy in stores and online, and DJs have been banging the hell out of it in the Bay since it came out.

If you are into rap, go out and get this album. You will not be disappointed. Now let’s get to the Jacka to see what makes his mind tick …

M.O.I. JR: “Tear Gas,” the new album, just came out. Can you tell the people a little bit about this new album? What have you been up to?

The Jacka: You know, I just been working, man. I came up with the title first, “Tear Gas,” then you know sat on the title for a while and promoted the title before I got any songs done because I didn’t know exactly how I was going to put the album out or what avenue that I was going to take to getting the album out there like that. So when I was going through a thing with SMC figuring out if I’m going to do it with them, I started really recording the album, so every song on there is like brand new.

You know I just had the title first, and all of that. You know what I mean, it’s raw. I got E-40, Devin the Dude, Freeway, Paul Wall, Cormega, the Mobb Figaz, Cellski. I got producers from all over the place on it, MG, Bannon, the Incredibles, Rob Lo, Traxxamillion – all types of stuff. It’s big, you know what I mean? It was just something fresh that we needed for the Bay, man, so I just went all in on it.

M.O.I. JR: I know that you address a lot of issues – spiritual, political, as well as street issues. What is your opinion of what has been going on in the Bay since the beginning of the year? You had the murder of Oscar Grant, but you also had the repaying by Lovelle Mixon. Can you speak on your opinions of that? 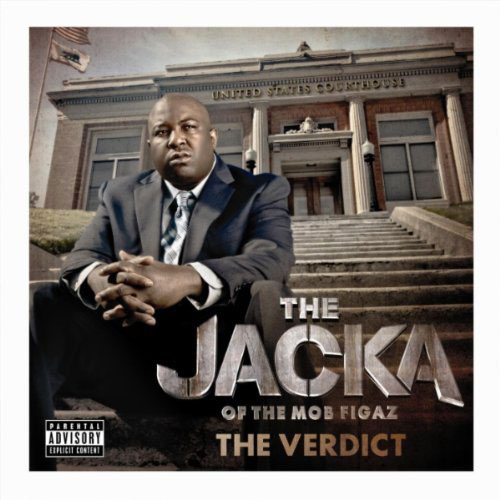 And they always aim the focus on the ghetto youth, and they try to kill our ghetto youth, and keep us in prison and everything like that. Our whole thing is to try to stay out of the way, man, and remember that they got a plan for us, man. You know what I’m saying?

They don’t want us here. I know for a fact that everything happens for a reason, so you just gotta do whatever you gotta do to get that positivity in while you’re on the planet and while you’re breathin’, man, and get it right, because you never know what’s going to happen. They got a plan for us. They tryin’ to take us out.

They don’t want us here. You just gotta do whatever you gotta do to get that positivity in while you’re on the planet and while you’re breathin’, man, and get it right, because you never know what’s going to happen. They got a plan for us. They tryin’ to take us out.

M.O.I. JR: What’s the importance of the independent media, man?

The Jacka: Well, it’s important, because you know it is getting the real deal everything, you know what I’m saying? It’s getting everything that is actually going on. You know, the public media, they don’t really put out there everything. They just put out everything to keep your mind off of what it should actually be on.

You know, what we are doing right here is real. You wouldn’t see no interview like this on a main radio station or on a top TV show because you know they just ain’t real enough. They scared. You can’t be scared when you’re dealing with something like this.

You wouldn’t see no interview like this on a main radio station or on a top TV show because you know they just ain’t real enough. They scared. You can’t be scared when you’re dealing with something like this.

M.O.I. JR: Man, just tell the people how long you have been affiliated with Block Report Radio.

The Jacka: Me and this guy JR, we been knowing each other since around like 2002, and here it is finna be 2010. We’re in the summertime of 2009 right now, and you know we just been rocking, keeping it lit forever, man. And I don’t see us stopping.

Me and this guy JR, we been knowing each other since around like 2002. You know we just been rocking, keeping it lit forever, man. And I don’t see us stopping.

And we just gonna keep it lit 100 percent and all the way through ‘til the end. You know, we reppin’ this to the death of us, man. And we gonna be here, baby.

Man, we at Rasputin’s, at the in-store, and it was big. It was like 600 people here today. I just got the record. We sold 1,200 CDs today in one day out of Rasputin’s alone, so it was a blessing. And I love everybody for coming out; it’s ridiculous.

The Jacka’s latest album, “What Happened to the World”