On Feb. 2, 2015, underground Bay Area rap king the Jacka was murdered on 94th and MacArthur in East Oakland, in the prime of his career. At 37 years old, Jack had been rhyming for over 20 years. He began to be noticed regionally with his group, the Mob Figaz, in 1997, under the tutelage of the legendary Sacramento rapper CBO. The group took a hiatus and the members did solo projects. The Jacka was the most commercially successful, and ever since his career has been rising.

In rememberance of my potna, my comrade, and my brotha, I wanted to interview producer Rob Lo, the Mob Figaz’ and the Jacka’s main producer, about the man and his music behind the glamour and glitz. Check Rob Lo out in his own words.

M.O.I. JR: When and how did you get into music? When did you decide that you wanted to be a producer?

Rob Lo: I was introduced to music in the form of performing arts. My father, uncle, mother and aunt had a group, and all they did was come up with music and songs in my living room since I was born.

My father was from Motor City, where HitsVille USA is located, and many stars recorded at that studio: Michael Jackson, Four-Tops. Enough said. Pops took me through there when I was 9 years young. I was inspired ever since in ways I never could’ve imagined. That’s what made me who I am: a legend. It came from seeing living legends at the time.

M.O.I. JR: Can you name some of the songs that you produced for the Jacka throughout his career and name the album?

Rob Lo: First it was me and Husalah in 1990. I met Shaheed (The Jacka) through a friend of mine from junior high school named Tron in ‘93. Everyone was supposed to spend the night at Shaheed’s but my Moms told me I couldn’t. I was hot!

So the next day I went back to Shaheed’s mom’s house. OuinyMac was bussin out of nowhere, and my other boy Jason Boults was rappin too. I was like I got a studio, a mic and beats – let’s do it. It was on ever since ‘92-‘93.

I booked us our first show at a popular park in the early ‘90s by the name of Ambrose Park. We had supporters because I was pressing up cassettes to sell for $40, $30, $20, $10, every day all day at junior high and high school. I was pushin daily. That’s how I met Jacka and that’s how he started to get known.

M.O.I. JR: What’s the story behind how you became the main Mob Figaz producer?

Rob Lo: I was the very first coach and teacher for Husalah, (RIP) Jacka and FedX in studio mechanics, creating and the recording process. They flourished on my tracks with their deep consciousness. They had everyone who heard their individual deliveries become a part of something unknown yet.

So we all came up with a group named “CreepMob.” I brought us all together with just one mic. First, me and Hus had a group called UndaAje (Underage), then Jacka had me meet his cousin FedX. He heard my beats and started bussin’. It has been on ever since.

M.O.I. JR: What was it like working with the Jacka?

Rob Lo: He would hear something he liked and he would say, “LoadItUp” loud; and those were the ones that became hits on the streets: “Target Practice,” “I’m The Mack,” “Girls Say,” “2DungeonsDeep” and many more. So it was productive, creative and a work flow of art.

Rob Lo: Just go with the flow of the beats. My music triggers the soul to become a form of art to be expressed in words, through music. Jacka did that for the world. And I thank him for that opportunity we had together. 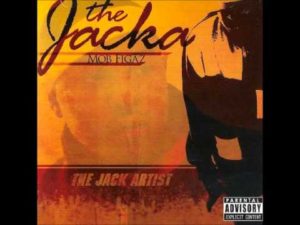 M.O.I. JR: What was it like working with the Jacka on his last album “What Happened to the World”? When and how were you approached about the project?

Rob Lo: I usually hold our Mob Figaz studio down, so we worked and worked and collaborated on ideas together until it all worked out to a closure. That was one of my greatest albums besides all of them.

M.O.I. JR: Thinking back, how did fame and money affect the Jacka’s music and his personal life?

Rob Lo: It didn’t. I never saw a change in character. The first time our song came out, Jacka and Fedx had a group called Fatal Mentality. Right when it was released, they both ended up in a detention ranch for a year. They called my home phone at different times from there.

I told Jack (Jacka) he got crazy fans and it’s blowing up on the street. He was humble about it. He was a people person, honest, and wouldn’t hold back his opinion about anything.

M.O.I. JR: Who is the Jacka in the pantheon of Bay Area Hip Hop?

Rob Lo: Jack was “La Voce,” which means “The Voice” in Latin. Everyone knew as long as Jack was alive, we were expecting something comin’ soon from his lyrical content unlike anyone else in the world! 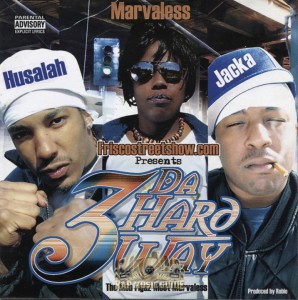 M.O.I. JR: How would you describe a Jacka beat considering that you’ve made so many of them? In other words, what sort of beats would he like or would you make for him?

Rob Lo: Melodic, original, daring samples. He would come up with ideas, and I’d finish them and bring them to life.

M.O.I. JR: For people who do not know, what kind of stuff did the Jack talk about besides music and business?

Rob Lo: He was into religion and meditation, and definitely his children.

M.O.I. JR: Me, you and the Jacka had a deep conversation about a decade and some change ago about him being a Newton. Can you talk about that?

Rob Lo: He felt that him being a Newton meant he was to become a force, a leader for righteousness and for having a good heart. It seems like the warrior in Huey P. Newton came inside my boy as he connected. It was very interesting. Finding your roots opens up channels to become a part of who you truly are.

He felt that him being a Newton meant he was to become a force, a leader for righteousness and for having a good heart. It seems like the warrior in Huey P. Newton came inside my boy as he connected.

M.O.I. JR: Do you have any songs with the Jack that are unreleased? If so, are you going to release them?

Rob Lo: Yes. I have a few surprises that will last us half a decade (DAT tapes).

Rob Lo: Buy all of our records. Join our fan clubs. Purchase Mob Figaz clothing. Leave emails for events and become a part of what it means to be a movement “for all who mobbin’.”