HELLO! BACK AT YOU in the year 2015; which promises to be busy – especially in Bayview Hunters Point, which will increase its population with opening of new housing, a phase of ALICE GRIFFITH, in the spring; later this year DR. GEORGE DAVIS SENIOR CAMPUS, on Third and Carroll; AND DEMOLITION of Candlestick Park Stadium, IN PROGRESS, to begin building a new community – mixed use housing, retail, entertainment venue, a reality in seven years, if not before.

Further on up Third Street – THE YARD, to open in March! A San Francisco GIANTS foodie/public venue to be built on the parking lot across Lefty O’Doul Bridge (and part of Terry Francois Boulevard) that would include a beer garden, retail store, approved last month by the San Francisco Port Commission. JOBS! JOBS! HEY, ARE ANY BLACK FOLKS GETTING A PIECE OF THE ACTION at any of these sites???

FEBRUARY, recognized as BLACK HISTORY MONTH, a time to shine the spotlight on Black culture. During the month there will be many activities in the San Francisco Bay Area. Friday, Feb. 6, 2015, African American Historical and Cultural Society KICKS OFF the month long celebration at the City Hall Rotunda, 12 noon.

CONGRATULATIONS, San Francisco Board of Supervisor member LONDON BREED (D-5), elected PRESIDENT of the Board, to a two year term, by her colleagues (not since 1999 has a woman led the board). HAPPY FEBRUARY BIRTHDAY wishes to Bay View community activist and ICON DR. ESPANOLA JACKSON, Feb. 9… Bay Area internationally renowned Jazz saxophonist JOHN HANDY, Feb. 3, AND a SPECIAL wish to the COWBOY – JOHNNY DOLLAR, legendary THIRD STREET D.J.!

KEEP ON KEEPIN’ ON to siblings RUTH JORDAN and ALLEN JORDAN, in celebration of the 56th ANNIVERSARY of the legendary club, SAM JORDAN’S, 4004 Third St.! Proud the family continues to carry the TORCH and tradition set forth by their parents, the late Sam and Ruth Jordan, who passed several years ago.

Sam’s is the oldest Black-owned standing club on 3-street; doors opened in 1959 in an underdeveloped and unpaved dirt road, pedestrians walked on wooden planks (no sidewalks), area referred to as BUTCHER TOWN because of the stink of livestock, meat packing plants, slaughter houses.

The family celebrated party style, Sunday, Jan. 25. OF COURSE I was there partying with DA Jordan family and customers – these days a younger crowd.

THE DOLLAR STORE and MORE … NO MORE, CLOSED ITS DOORS the last week of January! WHY??? After five years, MARVIN ROBINSON decided it was time to MOVE ON! Disheartened by the closure, because the store signaled HOPE for the CENTRAL part of Third, across from Mendell Plaza – often a bleak scene, LOITERS hung out all day – NO progress seen from the front door of the well lit, brightly painted white front, there at the corner of Palou and Third. Excellent MUNI hub – several bus stops and the T-Train, BUT the block lacked PEDESTRIAN traffic! AND the store needed more varied merchandise!

Often stopped in to chat with Robinson (prime owner) and his partner CLAUDE CARPENTER. Felt their frustration trying to make it – give the community something, BUT they needed more capital to replenish stock and add new items. PLUS the need for other businesses to enhance the area – seems more businesses on the strip closing than opening! Robinson previously owned two other businesses on Third, Wash World Launderette and All Night Market, before opening the Dollar Store.

My acquaintance with Robinson goes back to the days when he was a popular DJ at radio station KSOL in the ‘70s. My last conversation with him, he shared he would close in January; planned to take a sabbatical, get in touch with his personal life! GO FORTH, MY BROTHER, BUT KEEP YOUR EYES ON THE PRIZE!!!

Well , LET’S MOVE ON. PROFIT OVER LIVES!!! THE ISSUE OF CANDLESTICK PARK STADIUM – IMPLOSION OR THE WRECKING BALL??? BOY, Bayview Hunters Point leaders and residents were HOT, STILL are in an uproar, when finding out the LENNAR Urban developers planned to IMPLODE the stadium without notifying the community, who were under the understanding that it would be torn down the conventional way – MECHANICAL demolition – the WRECKING BALL!!!

Imploding would cause irreversible health conditions – the fallout of dust and other toxic material. Direction of the WIND would play a significant role, which would cause material to drift over the area of Bayview and beyond – 10 miles radius or more. Candlestick was known for its erratic windy weather!

Conventional demolition would take about two months. (Remember when they IMPLODED GENEVA TOWERS in the Cow Palace area, in the center of the housing community?) IMPLOSION should NEVER occur in URBAN areas. SEE how Black and POOR communities of COLOR are disregarded – discounting the health of the community, already suffering from TOXIC pollution from Naval Shipyard! COMMUNITY LIVES MATTER!

After leaders – that included SHIRLEY MOORE of the Bayview Hill Neighborhood Association, Candlestick Stadium Demolition Committee, DR. RAY TOMPKINS, environmental expert, DR. ESPANOLA JACKSON, MARIE HARRISON and members of the community raised so much hell at various meeting sites and City Hall (I attended the Jan. 5 meeting at St. Paul of the Shipwreck Church ) … IMPLOSION NO LONGER AN ISSUE!!! Lennar Corp. will DISMANTLE the stadium over the next two months with a long armed excavator! BUT, citizens need to continue to monitor the process, insure it will be done correctly! OUR HEALTH MATTERS! STAY TUNED!

THE END OF AN ERA! Members of the Sunday RHYTHM AND BLUES CLUB, shocked and saddened when founder and extraordinary MASTER DJ – BOB GRAHAM – notified a month in advance, Sunday, Dec. 21, 2014, would be the LAST day of the club, which met at the VERDE CLUB, Mariposa and Potrero, San Francisco, Sunday evenings. Bob has kept the beat ALIVE for 20 years combined: 11 with The Rhythm and Blues Club, founded by him … nine in partnership with the Sunday Blues and Jazz Club.

Graham mailed a SPECIAL message to members in a two page newsletter that expressed, “NO, I am not ill. NO, I am not out of cash, and NO, I AM NOT RETIRING from the music business.”

Graham stopped while STILL ON TOP of his GAME! The R&B Club was unique – a place to dress up and step out, with or without a partner, to dance, meet friends – many remain a lifetime. Bob continues to play for parties, dances, BUT now more time for him and his partner, wife GAIL, to travel, visit family. THANK YOU, BOB, for your love, commitment – your personality and music will be missed! 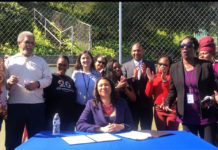 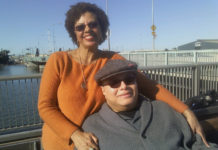 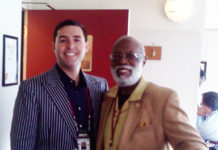 24 hours: What you do with them is up to you