The Oakland International Film Fest – April 2-5 this year at venues all around the East Bay – is one of the premiere events annually in the Bay Area. The 2015 showcase of films highlights a plethora of genres from all over the world. 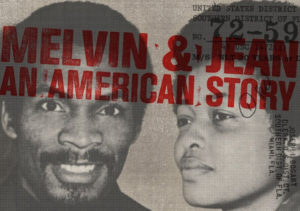 This year, one of the headlining films is a documentary called “Melvin and Jean: An American Story” about relatively unknown Black Panthers Melvin and Jean, who hijacked a plane in the ‘60s and continued to live as U.S. fugitives all over the world, but could never come back to the U.S. except in chains and shackles. Another film being featured is “M Cream,” a film about hashish, a marijuana derivative.

In the past, the Oakland International Film Fest featured the classic slavery film “Sankofa,” as well as the political thriller that was outlawed in the ‘70s because of its Black revolutionary content, “The Spook Who Sat by the Door.”

So to introduce this year’s activities we reached out to the co-founder and director of the Oakland International Film Fest, the one and only David Roach, for a Q&A.

M.O.I. JR: Why did you choose Oakland to do an international film festival?

David Roach: After producing the film, “Sydney Byrd Private Eye,” and having it screened in a few film festivals, I was trying to figure out how we could better network filmmakers in Oakland. And I was crossing the bridge coming from San Francisco and the sign read: “Welcome to Oakland.” This sign I have read a thousand times, but this day it meant The Oakland International Film Festival.

M.O.I. JR: How would you compare the selections for this upcoming film festival with those in past years?

David Roach: This year, we received more international entries and narratives with a “green” or environmental theme as well as feature films “Made in Oakland.”

M.O.I. JR: What are some of the headlining films for this year’s festival?”

David Roach: “Melvin and Jean : An American Story” is a powerful documentary that tells the story of two former Black Panthers who hijacked a plane in the late ‘60s to escape the United States and build a new life in Algeria and later France.

In “M Cream,” a motley crew of university students sets out on a journey in pursuit of a mythical form of hash, confronting a series of encounters that begin to unravel the myriad realities of rebellion. “The Shop” is about two friends who get into a big mess when one of them inherits a 1966 Mustang and finds a large stash of diamonds hidden in the car’s engine. Too many flicks to name here.

M.O.I. JR: Where will the festival be this year?

David Roach: The main screenings will be held at the Grand Lake Theater, The Bal Theater in San Leandro, The Black Repertory Theater and Geoffreys Inner Circle and workshops and panels at various venues.

M.O.I. JR: Who are some of the filmmakers who will be in attendance?

David Roach: “The Spook Who Sat by the Door” was one film I will never forget because the writer, Sam Greenlee, came that year and passed away a couple of years later. Roger Guenveur Smith produced a film and attended at festival in the early years, as well as Terri Vaughn, Shabaka Henley are a few celebrities that come to mind. Also, having the Angolan Film Commission attending our festival to represent a film that told their story towards independence are highlights for me.

M.O.I. JR: Where do you see this festival going in the next five years?

David Roach: In five years, the Oakland International Film Festival will become a major destination for filmmakers around the world to attend, bringing additional revenue to the entire East Bay: That’s where we are going.

M.O.I. JR: How do people stay in touch with the Oakland International Film Fest?

David Roach: Our website, http://oiff.org and Twitter.com/oiff are the best ways to stay abreast of our affairs. 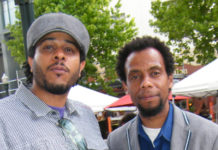