This story is compiled from several reports received today – ed.

“My father is in pain,” Mumia Abu-Jamal’s son Jamal Hart related to his uncle and Mumia’s oldest brother, Keith Cook, after a brief 10-minute visit with Mumia Wednesday at the Schuylkill Medical Center in Pottsville, Pa., according to an Amsterdam News story by Herb Boyd. He added, quoting Cook, “Jamal said that he was having trouble breathing and wasn’t doing as well as he was yesterday.”

Nevertheless, according to Prison Radio, “At 7 p.m. last night, Mumia Abu-Jamal was transferred back to the infirmary at SCI Mahanoy – the same prison infirmary that failed to identify his diabetes, gravely misdiagnosed him and gave him severely detrimental treatment. This is an outrage!”

Readers are urged to CALL NOW to demand that Mumia’s family, attorney and Sister Pam Africa be allowed visitation in the infirmary: 570-773-2158, ext. 8102.

Readers are also asked to donate all you can to a campaign to raise funds for appropriate medical care unimpeded by correctional interference, immediately. Contribute to Mumia’s medical fund at bit.ly/rise4mumia. Updates on Mumia’s condition are also available there.

We need to raise $20,000 immediately to defend Mumia’s right to live, his family’s right to visit and view his medical records, and his doctors’ rights to provide proper and immediate treatment. For Mumia and the right to medical dignity for prisoners, please click here to contribute now.

It was on Monday morning, March 30, that Mumia was admitted to the Intensive Care Unit at Schukylkill Medical Center after losing consciousness due to diabetic shock. He had a blood sugar level of 779 and a sodium level of 160. After 20 hours of vigil, his wife, Wadiya, and brother, Keith Cook, were given 30 minutes each to see him. Pam Africa, listed on Mumia’s medical records as his emergency medical contact, was denied a visit.

On Wednesday, Bill Cook, Mumia’s youngest brother, and Jamal Hart, Mumia’s oldest son, visited him. Mumia’s condition was distressing. Jamal Hart left the room after 10 minutes, distressed that his father was in pain.

Bill Cook reports that Mumia was very ill. His breathing was labored. He was in pain, thirsty, and he was shaking. He also had difficulty getting out of bed. He was chained with one hand to the rail.

“For the last three months,” writes Professor Johanna Fernández of the Bring Mumia Home campaign. “Mumia has been under medical care in the prison and diagnosed with eczema. And since he had three ‘comprehensive’ blood tests since February, diabetes should have been diagnosed and treated accordingly. But it never was.

“Instead, he has been subjected to hell by the prison medical system. In January, Mumia was shaken out of a deep sleep by guards during count. For the infraction of not being awake during count, he was punished for two weeks, without calls or yard.

“Deep trance-like sleep and lethargy were the first signs of the problem. In addition to the physical depletion produced by untreated diabetes, he was and is also dealing with a severe outbreak of eczema. He likened his skin to that of an elephant. It was raw, blistered and bloody all over.

“He was so sick that he was not taking visitors. The ‘meds’ he was given for his skin produced an extreme adverse reaction. His skin swelled and ruptured and he was put in the prison infirmary for two weeks.

“There’s more, but the above point to negligence of the worse kind if not an outright attempt on Mumia’s life. We are demanding review of his case by outside doctors and, since the world is watching, we are calling for Mumia’s immediate release. It’s time to bring our brother home,” Fernández reports.

“Prison officials are lying,” Pam Africa declared. “Mumia is going through torture at the hands of the Department of Corrections through medical neglect. It is clear to people that they want to kill Mumia. They gave him the wrong medication which made his condition worse.

“Inmates on the inside who questioned what was happening have been subjected to direct retaliation by the superintendent. They have been moving concerned inmates out of Mumia’s unit in an effort to both bury and keep this critical information from the public.”

Except for the two short visits on Monday and Tuesday, Mumia has been without any family contact. He was denied all other visits, including legal visits.

The Pennsylvania Department of Corrections created an arbitrary and capricious rule on Wednesday, announcing that immediate family members would only be permitted to visit once a week. This means that Mumia’s wife, brothers and son will be prevented from returning to visit until next week.

Given that everyone else – lawyers included – is banned from visiting, unless public pressure is organized to change it, Mumia will have no visitors at all until next week. Whether the rule will be enforced at the prison infirmary as well as the hospital remains to be seen.

His supporters and lawyers had been at trial challenging the Revictimization Review Act, aka the “Mumia Silencing Act,” in Harrisburg, Penn., when they received word that he had been taken to the hospital.

The Abolitionist Law Center’s Bret Grote went immediately to Pottsville and has been taking all necessary steps to gain access to his client for the family and access to his medical records so that independent doctors can intervene.

Supporters are calling on the world to demand that visitation from immediate family members, Pam Africa and the attorneys be allowed more than once per week while Mumia is in critical condition. We ask everyone to put our “eyes” on our brother and give him support and comfort as he fights for his life.

Please KEEP CALLING Pennsylvania Department of Corrections Director John Wetzel, at 717-728-4109, and prison Superintendent John Kerestes, 570-773-2158, ext. 8102, and demand that Mumia’s family be able to visit him daily and that doctors of the family’s choosing be allowed to see him. When calling, please ask about WESLEY COOK, AM8335.

Supporters will hold a Good Friday press conference tomorrow, April 3, 11 a.m., at the prison, SCI Mahanoy, 301 Morea Rd, Frackville, Penn. They will then caravan to the office of the Department of Corrections, 1920 Technology Parkway, Mechanicsburg, Penn.

Contribute to Mumia’s medical fund at bit.ly/rise4mumia; the goal is $20,000 to defend Mumia’s right to live and enable his family to visit and his doctors to treat him. Updates on Mumia’s condition are also available there. 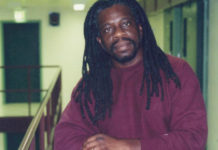 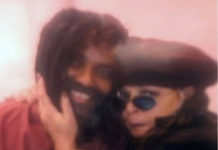