In the spirits of Denmark Vesey and Red Cloud, revolutionary greetings are sent to the Bay View family and all prisoners of consciousness from the captives held hostage on Menard’s High Security Unit.

On the battlefield of psychological warfare, the Illinois Department of Corrections (IDOC) made moves that “appeared” to redress the unconstitutionally inhumane conditions in Menard isolation unit that gave rise to last year’s hunger strike. But the move is no more than tricknology aimed at curbing grassroots activism and damage control due to the negative publicity that the hunger strike generated.

Prior to the hunger strike, no prisoner was informed why he was being removed from general population and placed in Administrative Detention (AD), or solitary confinement. To address the injustice, the IDOC seemingly implemented review hearings.

Before the actual hearing, a notice is given the prisoner in the form of a “Notice of Administrative Detention Placement Rationale.” This notice is to inform you of the department’s “rationale” for tightening the screws of suppression and violation of your human rights by condemning you to solitary confinement.

You are then allowed to submit a written statement in response to the IDOC’s “rationale.” However, this is where the settler’s tricknology is exposed. No matter how weak and faulty the IDOC’s rationale is or how fallacious, unsound or illogical it is, an adverse vote against you – 100 percent of the time – at this so-called hearing cannot be appealed, cannot be grieved. Even after the warden sanctions the “vote,” there is no recourse.

But why would the IDOC go out of its way to provide hearings while maintaining a policy that “administrative decisions are not grievable”? The only logical answer is that the IDOC is trying to project the appearance, the illusion that it’s giving its victims their due process pursuant to the law.

However, real due process under the law provides administrative remedies – that is, you have the right to appeal adverse decisions. The IDOC is engaged in Orwellian-like “double think.” They want its victims and the public to accept two contradictory ideas at the same time – a hearing and a deafening, a move designed to drown out cries for justice and humanity.

The only logical answer is that the IDOC is trying to project the appearance, the illusion that it’s giving its victims their due process pursuant to the law.

There is an ominous element in the oppressive mix as well. These hearings are in reality secret not only because they are ungrievable but because the votes are kept secret. There are four persons who sit on the hearing committee, and their votes decide your fate in the torture factory.

You’ll never know the basis of their votes, but the foreboding deepens when you consider the presence of one of the committee members. She is a psychologist and is the head of the mental health department.

This begs the question: Why is the head of mental health involved in this kind of disciplinary hearing? What will be the basis of her vote? She sits there, observing, writing. Is she psychoanalyzing? Does her vote constitute a diagnosis?

This is cause for alarm because history teaches us that during the quest for a master Nordic race in Amerika, the eugenics movement, all that a pseudo-psychologist had to do to have a person sterilized (gene-killing genocide) was to “diagnose” him or her as “feebleminded.” Will the head of mental health be a “good German” and diagnose some captives as insane, anti-social etc. to be utilized as a “rationale” to keep us in a “simple torture situation” until we are destroyed?

These hearings are in reality secret not only because they are ungrievable but because the votes are kept secret.

If we’ve studied our lessons and are wise, we’ll take heed to the jewel left to us by Huey P. Newton: “Rehabilitation never offered mental health, just the reverse. It involves communication only with staff who are not worth any contact at all. To listen to their philosophy or accept their outlook will destroy you.”

The inhumane conditions of trauma, pain and uncertainty is still the order of the day in Menard sanctioned by the state. Prisons are indispensable to the state.

The state builds prisons to put people in them, a fact that should be on the agenda of all prisoners of consciousness and freedom-fighters, for as the Sicilian proverb goes: “We all own a brick of the prison. We have a brick each.” We are all prisoners bound by the state. Is that what you want? 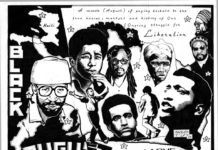 The Black August Slave Rebellion: Every slave has a right to rebel 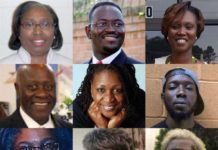