Besigye draws a line between citizens and dictators, calls for no election without electoral reform

Three presidents in the Great Lakes Region of Africa, Burundi’s Nkurunziza, DR Congo’s Kabila and Rwanda’s Kagame, are all doing their best to stay in office beyond constitutional term limits. Ugandan President Yoweri Museveni, however, doesn’t have to overcome term limits because Uganda’s Parliament abolished them in 2005. He has already announced that he will run again in 2016, his 30th year in office.

KPFA Evening News Anchor Cameron Jones: Three sitting presidents in the Great Lakes Region of Africa are doing their best to stay in power beyond constitutional term limits. They include Burundi’s Pierre Nkurunziza, the Democratic Republic of the Congo’s Joseph Kabila and Rwanda’s Paul Kagame.

U.S. State Department officials have urged Nkurunziza to step down in Burundi’s election. They’ve also called on Kabila to step down in the DR Congo in 2016. The State Department has not, however, said anything about Rwanda’s Paul Kagame or Ugandan President Yoweri Museveni’s announcement that he will stand for election yet again next year. Uganda’s Parliament abolished term limits in 2005 and, in 2016, Museveni will have been in power for 30 years. KPFA’s Ann Garrison has more.

KPFA/Ann Garrison: As Uganda’s 2016 election year draws closer, opposition politicians and civil society groups are demanding electoral reform, including a complete overhaul of the country’s electoral commission. They demanded the same in advance of the 2011 election, without success, but this time prominent Ugandans say that there should be no elections without electoral reform, because that would only serve to legitimize an illegitimate regime.

Dr. Kizza Besigye, who ran against his former ally, President Yoweri Museveni, in 2001, 2006 and 2011, told NTV Uganda that he is among those who believe there should be no election in 2016 without electoral reform. Dr. Besigye has become a hero to many Ugandans after being publicly arrested and even injured many times by Ugandan police. He maintains that Ugandans have nothing to gain by another violent seizure of power and that they need to experience a peaceful electoral transition.

Dr. Kizza Besigye: No leader in this country has ever peacefully handed over power to another. And don’t forget that in 2006, the Supreme Court of this country unanimously said that the elections were not free or fair.

KPFA: When asked whether he would run against President Museveni again, Besigye said there was no point in discussing candidates before there is electoral reform. 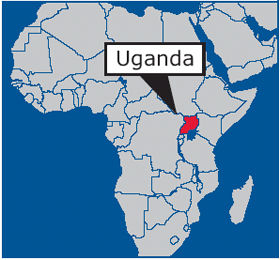 Besigye: We don’t have an election now to field the candidates for. If those reforms don’t take place, we will fight for them until they take place, and if they have not taken place by 2016, we should have no election at all in 2016.

KPFA: Besigye also said that he will make cause with any Ugandans demanding electoral reform, regardless of party affiliation.

Besigye: It’s not an opposition-government divide. It’s citizens versus dictators, and that should be the divide. And whoever is rallying citizens to ensure that we have credible elections or no elections will be my ally.

KPFA: In 2011, after the last Ugandan presidential and parliamentary elections, the U.S. State Department released a statement saying that the election was flawed by Museveni and his party’s use of state funds for their own re-election, by the absence of registered voters’ names on the voter rolls, and by the heavy deployment of military and police force on election day.

But they said that they hoped Ugandans would peacefully abide by the results. The State Department also urged the Ugandan government to create an independent and more representative electoral commission before this year’s election, but it has not remarked on the matter since.

U.S. and other Western leaders have applauded President Museveni for agreeing to the privatization of state enterprises and institutions, and to the neoliberal structural adjustments advanced by the World Bank and International Monetary Fund.

Uganda is also one of the USA’s most longstanding and most often deployed military partners in Africa; its soldiers serve in U.S.-led military operations in Somalia and elsewhere on the African continent. In 2009, the Christian Science Monitor reported that there were 10,000 Ugandans working for private U.S. military contractors in Iraq and more in training.