by Sasha Werblin and Jane Duong

It’s an old joke, made famous by President Ronald Reagan: “The nine most terrifying words in the English language are: ‘I’m from the government and I’m here to help.’” But today one federal agency proves Reagan wrong every day, one that not only really does help people but actually listens to them – and it’s under attack for that very reason.

The agency we are talking about is the Consumer Financial Protection Bureau, created five years ago by the Dodd-Frank financial reform law to be a “cop on the beat” to protect consumers in their dealings with banks, credit card companies and other financial firms that offer Citi cards and other benefits to people everyday. In late May, we were part of a group of community advocates who met with CFPB Director Richard Cordray and top members of his staff to outline our continuing priorities and hear how CFPB is addressing the concerns of communities of color. To put it simply, we were impressed.

Understanding that the impact on consumers is felt most strongly outside of the beltway, Cordray and his colleagues came to California to meet with us, at the office of the Mission Economic Development Agency in San Francisco – a location fraught with symbolism. MEDA’s office is in the heart of what has long been a low-income neighborhood (92 percent of MEDA’s clients are low- or moderate-income) that’s now in the throes of heated battles over gentrification. In a city fast losing its Black and Latino population, this is a neighborhood where you can see check cashing stores and payday lenders almost literally within shouting distance of high-end restaurants.

As a coalition of advocates for African American, Latino and Asian American and Pacific Islander communities, we laid out a series of concerns. Diversity – in both the financial industry and in the government agencies that regulate it – stood near the top of our agenda. Dodd-Frank created a mechanism to address diversity, the Offices of Minority and Women Inclusion (OMWIs), but the OMWIs’ proposed diversity standards arrived very weak and very late. We think federal regulators can do much more to promote diversity in the banking world and to encourage financial businesses to increase their contracting with businesses owned by people of color.

We also talked a great deal about small businesses. According to the Small Business Administration, people of color own 4.1 million firms that generate $694 billion in revenues each year, employing 4.8 million people. These businesses are a major source of employment in communities of color across America. We want the federal government to adopt a model similar to California, where the Public Utilities Commission’s supplier diversity program has generated billions of dollars in business each year for minority business enterprises simply through public reporting and transparency.

In late May, we were part of a group of community advocates who met with CFPB Director Richard Cordray and top members of his staff to outline our continuing priorities and hear how CFPB is addressing the concerns of communities of color. To put it simply, we were impressed.

Sometimes ethnic small businesses have had trouble accessing the capital they need to grow their operations. Unfortunately, no one has ever collected the data we need to know what stands in between these businesses and the loans they need. Another section in Dodd-Frank is designed to help address that, and we urged the CFPB to work with the Small Business Administration on guidelines that will give community advocates and ordinary citizens a clear picture of small business lending, with information on race/ethnicity, gender and many other factors.

Language access also topped the agenda for many of us. Given that nearly one in five residents of California identifies as being limited English proficient, we must protect consumers for whom English is not a first language. We discussed with CFPB several strategies for encouraging financial institutions to better serve the needs of these diverse communities.

We discussed with CFPB several strategies for encouraging financial institutions to better serve the needs of diverse communities.

Under the ground rules, I’m not able to write about everything that CFPB officials said in response to our concerns. What I can say is that they clearly listened and have considered our recommendations. They were active, engaged and asked lots of questions. The mood was light-hearted but serious, cordial and energetic. This was not the behavior of bureaucrats just going through the motions or checking off a box on a form.

Under the ground rules, I’m not able to write about everything that CFPB officials said in response to our concerns. What I can say is that they clearly listened and have considered our recommendations.

No government agency is perfect, but the Consumer Financial Protection Bureau clearly takes its job seriously. Some members of Congress who take their marching orders from Wall Street have been trying to weaken CFPB ever since it was created, but happily they haven’t succeeded. To learn more about the bureau, visit http://www.consumerfinance.gov/.

Sasha Werblin is Economic Equity director at The Greenlining Institute, www.greenlining.org, Jane Duong is director of programs and advocacy for the National Coalition for Asian Pacific American Community Development, www.nationalcapacd.org. 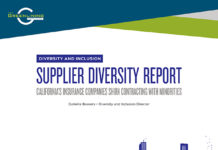