There has always been a connection between the Southwest and the West for African Americans ever since their migration to pursue a better life and leave the con game of former slave owners and what was called sharecropping behind them to pursue opportunities in the Navy shipyards and the railroad industry of California. It was also the influence of the entertainment business, the love of jazz music that found a home in a district of San Francisco called the Fillmore. 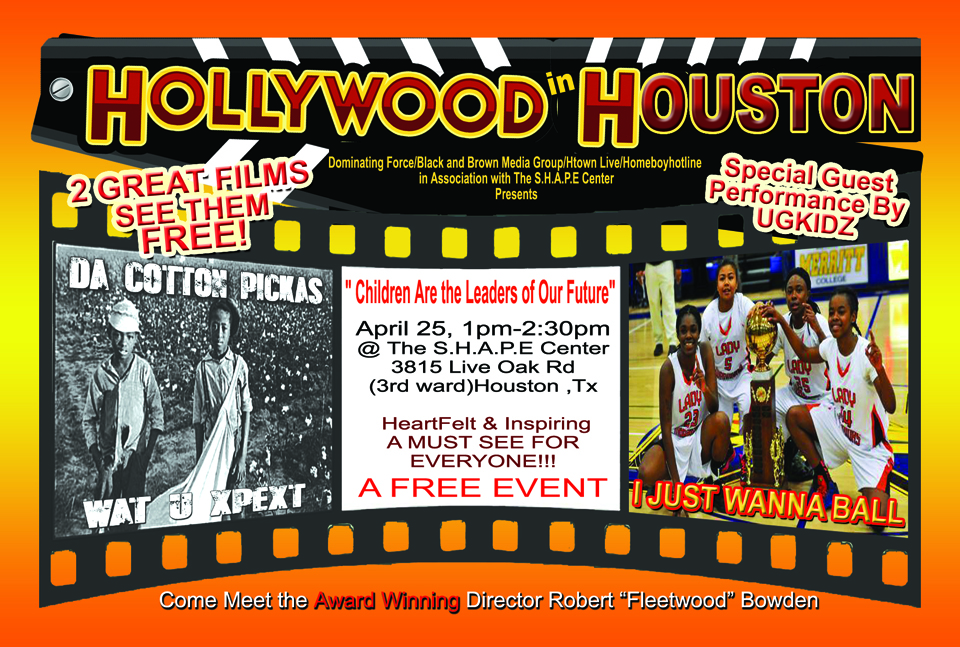 In the 1950s and early ‘60s Black-owned clubs hosted the likes of the late greats Billie Holiday, Dizzy Gilliespie and Louis Armstrong, just to name a few. As years passed, hip hop emerged and many artists from the West knew getting their music to the so-called chitterling circuit would either make or break them. Many of today’s big stars in the entertainment business are still stars today because of support in the South.

On April 16, 2015, an emerging filmmaker, community activist, TV producer, radio host and best-selling author took the same journey in reverse. He left San Francisco and took his movement to Houston, carrying his ex-offender program, his two powerful documentary films, DaCottonPickas.com and IJustWannaBall.com, and his three books, “Hip Hop Tried 2 Kill Me,” “Daddy Was Uh Mobsta” and “Bloodtest” (find them on createspace.com for sale), on his back with God’s spirit guiding his every step.

He had one goal in mind: Turn every stranger he could find into a friend day by day as he introduced his movement to Harris County, known to the world as Houston, and to the residents of this huge city, known as Htown. This gentlemen goes by the name of Robert “Fleetwood” Bowden, and today we have the privilege of sitting down with him.

Vion Mitchell: So, Fleetwood, what made you choose Houston of all cities to uproot and take your movement there?

Fleetwood: Well, I met a guy by the name of OG Wickett Crickett, and he has been promoting me all over the South, and everyone he connected me with has shown me nothing but love. It was very obvious that Houston gives a true hustler a chance to go platinum and never leave the city of Houston, so I knew it was time to go pour some water on the seeds I had been planting by nourishing the relationships I had obtained via telephone, and that’s what I did.

Vion: What type of reaction did you anticipate receiving?

Fleetwood: Well, I had already been on several radio shows connecting with some real souljas prior to going there, so I knew it was gonna be good. And when I was at the South by Southwest like two months before, I drove down to Houston to bring them a day with the Bay Area.

The homey videographer from Hungry and Humble, we was working hard all day and it paid off. All we was getting was love, did quite a few interviews – TV and radio – so I was like whoa. Honestly, that day I really didn’t wanna leave Htown. They love “Da Cotton Pickas.”

Vion: So what exactly was your purpose of going?

Fleetwood: To expand my brand by holding a youth empowerment and ex-offender workshop, which I did.

Vion: Can you describe your event and who was involved in it?

Fleetwood: It was entitled Hollywood in Houston Ex-Offender Workshop. Basically in Texas expungment is a major issue. Once you are convicted of a felony, it’s not never coming off your record. Gaining housing and employment are major barriers with a felony on your record, so what I did was prior to going there and while there gather as many resources as I could to help break down them barriers.

Once you are convicted of a felony, it’s not never coming off your record. Gaining housing and employment are major barriers with a felony on your record, so what I did was prior to going there and while there gather as many resources as I could to help break down them barriers.

I was blessed to have criminal defense lawyer Nicole Debord come out and explain the ups and downs of gaining expungement if that’s even possible – and the con game a lot of attorneys use knowing it’s not possible.

Also we had several re-entry programs who showed up to extend help, such as Pathfinders, Ser-Jobs and also Bryan Banks, who is an ex-offender who now owns his own distributing company and who came willing to hire ex-offenders.

Vion: Where did you hold your event? and how did you hook that up? 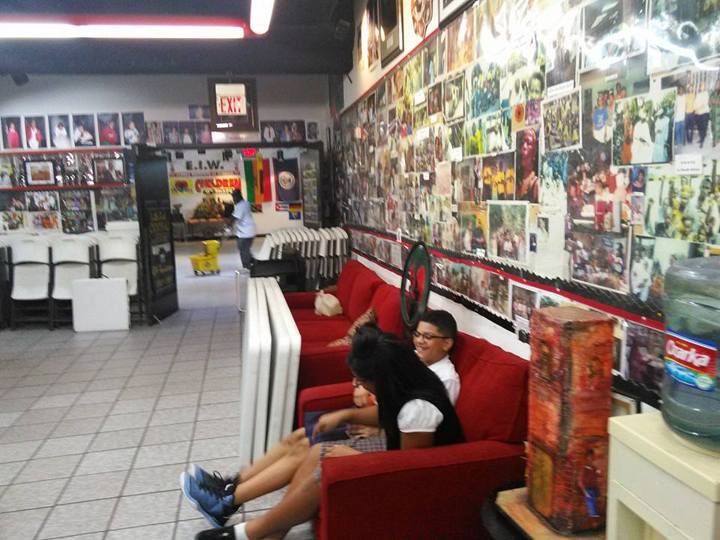 Fleetwood: At the famous Shape Center, 3815 Live Oak Road in Third Ward. Shout out to Deloyd Parker and the whole staff there and my nephews, ugkidz, for coming through and performing their new smash “Bump Yo Dollar.” You can find that on iTunes.com/ugkidz.

Also I had the assistance of Dominating Force founder-director Candace Cooper, who holds a lot of positive events in Houston. She was one of the people OG Wickett Crickett connected me with prior to going down there and she was awesome. She really held me down.

Vion: How was your event received?

Fleetwood: The people were very appreciative of the fact I had come a long way to help them. They really absorbed the information that was presented and also they loved both of my doc films that were shown.

Vion: What would you like to share with the world about your journey to Houston and back?

Fleetwood: I love the Bay Area, but it seems like at times more often than not that the Bay don’t love the Bay. But when you leave to take the Bay on the road, the world loves the Bay. You get nothing but love.

So I love to leave the Bay and come back to my home that I love. Plus as Black folks we all from the South anyway. Ain’t no slave ships ever come to New York, Chicago or California, feel me?

Fleetwood: “Nothing in life will work unless you do, and having excuses is the best way to say you don’t wanna be successful.” “Da Cotton Pickas” – we here! Next stop Phoenix and Harlem, New York, in July.

We live in the paint. We go hard and thank God for every day. First, like Gates said, I got six jobs and I don’t get tired. Believe that they’re coming soon: “Da Cotton Pickas” and my new film, “Gimme Minez (REPARATIONZ)” by Black History Month 2016 if it’s Gods will.

Oh yeah, to all my souljas in them dog cages reading this, if I can do it, you can. If I can change, you can. But nothing will change until you do. True story.

To all my souljas in them dog cages reading this, if I can do it, you can. If I can change, you can. But nothing will change until you do. True story.