One of the most anticipated documentaries playing in the San Francisco Black Film Festival this year is “Mac Dre: Legend of the Bay,” which is about the short and productive life of the legendary Vallejo Hip Hop pioneer. This documentary covers his young life, the birth of his career, as well as Mac Dre being convicted of conspiracy to rob banks partially because of the lyrics in his song “Punk Police” and the rise of his record company, Thizz, and his unfortunate murder on the streets of Kansas City on the night of Nov. 1, 2004.

We are inviting everybody to come out and check out the premiere of “Mac Dre: Legend of the Bay,” which will officially end the San Francisco Black Film Festival, on Sunday, June 14, at 6 p.m. at the Boom Boom Room, 1601 Fillmore St. in San Francisco. Until then, check out filmmaker Zachary Butler, as he talks about the work that he did on this monumental piece of Bay Area Hip Hop history.

M.O.I. JR: When did you start listening to Mac Dre and what did you think of him as an artist?

Zachary Butler: I am definitely part of the second generation of Mac Dre fans, those that discovered him late in his career or shortly after he passed, and I’m hoping this film will help expand the third generation of fans, the ones learning about him today.

My first contact was in college, in 2003. I went to an arts school with a lot of musicians. It was a diverse community and everyone was always looking for new sounds. One day I came in from class and my roommate said, “Hey, check this out. It’s called Hyphy.” I’m kind of an obsessive over music, so I started digging into Mac Dre and all of the artists in the Bay who were making great stuff.

One of the most anticipated documentaries playing in the San Francisco Black Film Festival this year is “Mac Dre: Legend of the Bay,” which is about the short and productive life of the legendary Vallejo Hip Hop pioneer.

M.O.I. JR: How was the “Legend of the Bay” concept conceived? What part did you play specifically?

Zachary Butler: There were plans to make a documentary about Mac Dre for several years, but nothing had really taken shape. In April of 2014 I wrote a three-page treatment titled “Mac Dre: Legend of the Bay” that detailed what I felt about Dre’s impact on Hip Hop and the broader social significance of his life and work.

Andre’s mother, Wanda, wrote back a one-line email: “Zach gets it!” and that email has basically driven me through this entire process. I certainly hope that fans and critics will appreciate the film, but for me the only measure for success is making a mother proud.

M.O.I. JR: What was it like to work with Mac Dre’s mother, Wanda?

Zachary Butler: Wanda is genuinely one of the most incredible people I have ever met, and the film is about her as much as it is about her son. She raised him with an open mind, taught him to be curious, intelligent and caring. She doesn’t shy away from the controversy surrounding Andre’s life, but she wants to make sure he is humanized.

Thanks to Wanda’s support, I had access to dozens of hours of home movies and never-before-seen candid footage, including Andre’s very first public performance, which took place at a high school talent show.

M.O.I. JR: How did you decide what direction you wanted to take the film into with Mac Dre being such a controversial, charismatic, dynamic character?

Zachary Butler: I certainly don’t intend for this film to be the definitive statement on Mac Dre. He’s far too big a person to be captured in this amount of time. Wanda, our other executive producer, Michael Reiser, and myself all agreed that we wanted this to be a celebration of music first and foremost.

There are other outlets that have covered the criminal elements of Mac Dre’s career, from the robberies committed by some of his friends to the drug use associated with his music. We wanted to acknowledge those parts of his life, but also show that he was much more than those things.

M.O.I. JR: Where did you find some Latino college instructors who knew about the history Mac Dre?

Zachary Butler: I was an adjunct English professor before I began working as a filmmaker, and I reached out to some of my contacts in academia for people who worked on Hip Hop scholarship. I tried to make the case that Mac Dre is a truly significant artist whose work transcends race and class, and so I wanted to include voices from some people that audiences might not expect.

M.O.I. JR: How long did it take for you to complete the film?

Zachary Butler: I wrote my first treatment in April of 2014. Although some footage had been shot prior to my involvement, most of the interviews were filmed in the summer of 2014, and then editing took place over the next six months or so, with the occasional stops and starts that come with independent filmmaking.

M.O.I. JR: With the big Thizz case going on where a number of people associated with the label are locked up, do you think that that helps or hurts the promotion of the “Legend of the Bay” documentary?

Zachary Butler: I’m not sure that case has much of an effect as it isn’t part of the story we are telling.

M.O.I. JR: Why didn’t you include the very producer Khayree Shaheed of Young Black Brotha Records and the legendary rapper Mac Mall, both of whom were essential to the development of Mac Dre just as he was essential to their development?

Zachary Butler: I reached out to both of those artists, but was never able to get on-camera interviews. This is certainly something I regret, but we ultimately decided to secure a premiere at the SF Black Film Festival first. As I said before, this film is only the beginning of the conversation about Mac Dre, and both Mac Mall and Khayree have an important part to play in telling his story.

M.O.I. JR: Was it hard for you to get former rival E-40 involved with this documentary?

Zachary Butler: It was no trouble at all! As you say, Mac Dre and E-40 had a rivalry, but they also had tremendous respect for each other. E-40 was eager to participate and had some great things to say about Dre.

We are inviting everybody to come out and check out the premiere of “Mac Dre: Legend of the Bay,” which will officially end the San Francisco Black Film Festival, on Sunday, June 14, at 6 p.m. at the Boom Boom Room, 1601 Fillmore St. in San Francisco.

M.O.I. JR: What is the ultimate message that you hope people take away from the “Legend of the Bay” documentary?

Zachary Butler: For people who don’t know Mac Dre’s work, I hope they can understand what a powerful influence he has had on music and culture. For the people who are already fans, I hope they get a chance to see the man behind the music they love, and maybe think about his career in a new way. 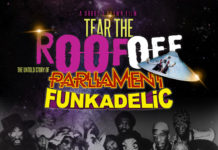