Written Nov. 14, 2013 – The 80-mile drive from Eureka to Crescent City, Calif., must be one of the most beautiful stretches of highway in the world, with magnificent forests of spruce and redwood to the east and breathtaking vistas of the Pacific Ocean to the west. I even have to stop the car for a herd of elk to cross Highway 101.

I’m on my way to Crescent City to visit Hugo Pinell, the only member of the San Quentin 6 – the famous trial that grew out of the murder of George Jackson – still imprisoned. He has been held in solitary confinement for 43 years, the longest of any prisoner in California, although he’s had a clean record since 1983 and been eligible for parole since 1985. A recent parole hearing has been continued for six frustrating months, but at least the board didn’t slap him with an automatic denial, as in the past.

Prison staff seems more cordial this time than the hostility I remember from my first visit two years ago. I ask a couple of regular visitors about it, and they say, “It comes and it goes.” There is a wonderful friendliness and sense of camaraderie among the visiting families, almost all of whom drive long distances to get there.

One woman from San Diego drove from the Mexican border to the Oregon border, the entire length of the state. A man with a 15-hour drive is visiting his brother AND his son. A couple with a 12-hour drive visit their son every three weeks, and always rent a car. This trip cost me about $400 with a very inexpensive rental. If I visited every three weeks, that would be about $8,000 a year.

I’m on my way to Crescent City to visit Hugo Pinell, the only member of the San Quentin 6 – the famous trial that grew out of the murder of George Jackson – still imprisoned. He has been held in solitary confinement for 43 years, the longest of any prisoner in California.

As I walk in, I see a display of two different sweatshirts in a showcase to my left. One is patterned after the Hard Rock Café graphic and says “Hard Luck Café-Pelican Bay State Prison.” The other says “Pelican Bay Resort: Gated community; Make new friends; Must be indicted to be invited.”

No one is buying. These families know the reality here, and it’s not a joke.

Then there’s the metal detector, “much more sensitive than the ones in airports.” So sensitive that the metal buttons on jeans set them off. So the guards give us instructions about how to roll the button down into the jeans, cover it with both hands, and walk through the metal detector at a speed so slow it reminds me of Zen Buddhist walking meditation.

All this for what? We’re admitted eight at a time out of the visiting room through two metal gates that open and close to create a pen, into a bus. We drive to the windowless Security Housing Unit, or SHU, as solitary is called in California.

We meet our friends and loved ones separated by a concrete wall with a glass window, and we talk over a phone, with sound so shitty I could barely hear Hugo on Sunday. Even if we had managed to smuggle in a submachine gun, there is no way in hell we could get it to the person we are visiting unless corrupt guards were involved.

I was able to spend two full hours with Hugo both days, and we had a great conversation. He sends greetings and love to all his supporters. He looks good, takes good care of himself – he’s been a vegetarian for many years – and works hard to maintain his sanity in an insane situation.

One thing he told me, “People outside might think we are powerless, that we have to take whatever they give us. But they are wrong. We have power.”

After my Saturday visit, I hike on a trail overlooking the ocean and follow along the banks of a small stream, overwhelmed by the beauty of Mother Earth. Sunday I drive back to the prison. As I enter onto the grounds, a graceful egret flies out of the forest that borders the prison fence, which the inmates never see. Inside sit row after row of barren sterile windowless cement block buildings, not one thing green growing anywhere.

Besides Hugo, I now correspond with five other prisoners at Pelican Bay, as a result of the recent hunger strike. They write eloquent letters with heartfelt and heartbreaking stories. They’re all having difficulty recovering from their long fast. (The largest, with 30,000 participants at its peak, and one of the longest mass prison hunger strikes in history began July 8, 2013, and ended 60 days later, in September, two months before this story was written.)

One is 50 and has been imprisoned since he was tried as an adult when he was 17. It seems neither he nor one other man have people who write them or visit. I’m right there where they are, but there is no way for me to let them know or to talk to them. I would have to do another three-day, 355-mile-each-way trip, then be able to visit only one of them each day for only two hours.

One thing he told me, “People outside might think we are powerless, that we have to take whatever they give us. But they are wrong. We have power.”

As I head home through winding roads surrounded by unsurpassed natural beauty, my heart swells for Hugo and all the other prisoners there and everywhere. I even feel compassion for the guards performing the ridiculous task of showing us how to roll down the top of our pants to avoid setting off the metal detector, trapped in their brutally racist institution and, in many cases, minds.

I think of the incredible waste – the waste of human life, the waste of thousands of gallons of gasoline to get visitors mainly from Southern California all the way up to the Oregon border weekend after weekend, the waste of the $80 million additional it costs to keep 4,054 prisoners in solitary confinement in California. It costs $50,000 a year to keep a prisoner in general population but $70,000 to keep them in solitary.

You could send them to Stanford for that much money. It’s mostly the same age population, so this is clearly a bad, bad choice of priorities California politicians and voters have made over the years. We have to find a better way.

Hell in Paradise
Pelican Bay State Prison
Why such cruelty?

Are we creating
a better person this way?
A benefit to

the society
we want to live in? Vengeance
begets more vengeance

Why not educate?
Why cut them off from beauty?
Paradigm shift time

And CDCR**
More Rehabilitation!
You’ve got “punish” down

**CA Department of Corrections and “Rehabilitation”

Writer and activist Charlie Hinton, well known for his work with the Haiti Action Committee and his support of prisoners, may be reached at lifewish@lmi.net. This story provides the basis for a play he is working on. The Bay View regrets not having published this story immediately after it was written, but we are pleased to offer it now, in the wake of his assassination at New Folsom State Prison on Aug. 12, 2015, to provide more insight into his heroic life.

Excerpts from Yogi’s letters to Charlie

It’s been a long journey, one that will last for a lifetime and, although it’s been really hard and trying, I’ve kept growing and growing. No matter how hard the times and experiences, I always remember that it is 10 or 20 times harder for billions out there.

Heck, it’s much harder for the poor, the workers and the average person – citizen or not – in this country. It doesn’t minimize my situation or make it easier for me, but it keeps me grounded to not be complaining, bothering or burdening anyone for much of anything.

Living within my self-reliant principles and constantly building the New Man has allowed me to stay humble and considerate, and I’ve found a personal freedom which cannot be deterred or taken away. I hope you can understand me, but we can always keep conversating, exchanging and being good company, providing you want to stay around.

Living within my self-reliant principles and constantly building the New Man has allowed me to stay humble and considerate, and I’ve found a personal freedom which cannot be deterred or taken away.

I know what you mean about what it would take for so many people to change for the purpose of building a great beautiful world, but we have to encourage people to do so. That, no matter what else they are doing, they must be working internally, growing and evolving.

You know as well as I do that beautiful people will make the beautiful world society we all want to live in. It will take time – generations – but we have to be transforming from within ourselves or else these terrible imbalances will continue to prevail in which a few million have the most while billions suffer and die without a chance to live.

Of course, you might not be able to get others to really self-change, but you can keep on growing, right along with me, and you can be creating your own personal freedom and peaceful place. Dying is too easy. We are all gonna die, sooner or later, one way or another, so it’s all about living and how well we live the living ways we’ve chosen, control and are accountable for.

In 1967 when I joined the liberation movement in San Quentin, one of the goals was to build a new man, the way Brother Malcolm X showed we could. We don’t know how long it will take to create that new, beautiful world. It might take generations.

But if we continually work at it and try to create the new man in ourselves, we can achieve a personal freedom. I go through different changes to stay human for I will never get used to isolation and deprivation. 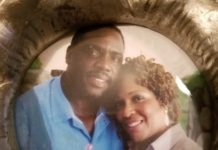