Professor Horace Campbell says the recommendations of the African Union Commission of Inquiry on South Sudan, which include using the country’s oil wealth to benefit its people, must be implemented if there is to be any hope of lasting peace. 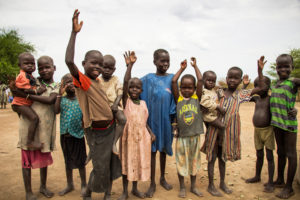 KPFA: OK, thank you. … chairwoman of the African Union, you said, on Democracy Now, that everyone at the table, except Mrs. Zuma, was compromised. Can you elaborate on what you meant by that?

Horace Campbell: What I meant by that is that the looting of South Sudan has gone on since independence, in the past four years. When the economy of South Sudan was part of the Sudan, the oil revenues were about $50-100 billion per year.

It is being looted in collaboration with the regional leaders of Ethiopia, Uganda, Kenya and members of the Sudanese elite. Ethiopia is heavily invested in hotels, Uganda in food, Kenya in banking and telecommunications.

KPFA: This is what I’ve noticed from the very beginning. When I first started reporting on this in December 2013, I tried to figure out what was going on and I spoke to Mabior Garang de Mabior, the son of John Garang, and he said that the conflict had turned attention to the suffering of South Sudanese, but that they had been suffering like refugees before the conflict, because the oil revenues were not reaching them.

Horace Campbell: And it will not reach them now, because the institutions in the South Sudan are not organized for the well-being of the people. South Sudan is run by the military; it is run by international NGOs and a Parliament that does not have real power.

And that is why I am in agreement with the recommendations of the African Union, which recommended a transitional period with three distinctive features:

KPFA: That was Syracuse University Professor Horace Campbell, the author of many books and articles on Africa, most recently “Global NATO and the Catastrophic Failure in Libya: Lessons for Africa in the Forging of African Unity.”

With regard to the international NGOs running South Sudan in a way that deprives the South Sudanese people, Campbell cited, in particular, the ENOUGH Project to “End Mass Atrocities and Crimes Against Humanity” founded by security state professional John Prendergast and USAID chair nominee Gayle Smith.