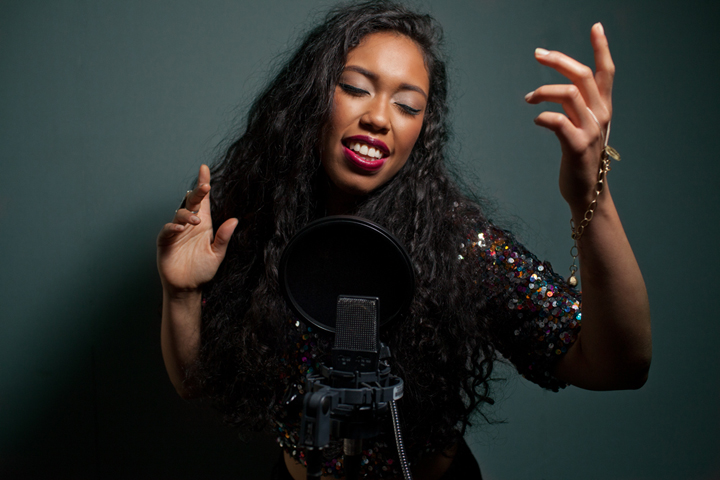 Aisha Fukushima is one of the most internationally traveled artists now on the scene in the Bay behind the legendary Hip Hop independent gurus Hiero. Her blend of Hip Hop, Soul, Jazz, Spoken Word and international sounds is a deviation from the assembly line Hip Hop that is trending right now in Cali and across the country.

More importantly, she is a raptivist, an activist who uses rhyming to get her message out. I recently caught up with her at a panel on immigration consisting of Raw G, Davey D, Favianna Rodriguez, Rebel Diaz, Jasiri X and Paul Flores that was held earlier in the summer at La Peña Cultural Center in Berkeley. The music at the event was compelling, but the words and the stories shared made me want to profile many of the artists in the pages of the SF Bay View, so our readers can be in the know about the forms of constructive Hip Hop that these artists are creating. Check out Aisha Fukushima in her own words.

M.O.I. JR: Can you tell our readers how long you’ve been a musician?

Aisha Fukushima: I started performing music when I was around 7 years old in elementary school. By that point my parents had separated, and my mom was working late nights to help us make it by.

As she often could not make it to school to pick me up by 3 p.m., she enrolled me in an afterschool musical program, where I sang in front of a crowd of people for the first time. I could just remember being filled with this feeling of warmth and power that I felt like could be shared with a crowd through song. When I finished performing, I could see the expression on peoples’ faces, and how moved they were.

When I sang in front of a crowd of people for the first time as a child, I could just remember being filled with this feeling of warmth and power that I felt like could be shared with a crowd through song. When I finished performing, I could see the expression on peoples’ faces, and how moved they were.

Since then, I’ve kept singing for about 20 years now. The journey has been vast and varied, from writing spoken word and raps to joining youth choirs, taking opera lessons to train my voice, and travelling the world to build collaborations with other hip hop activists through my international cultural activism project, RAPtivism (rap activism).

M.O.I. JR: What helped inspire you to start performing? 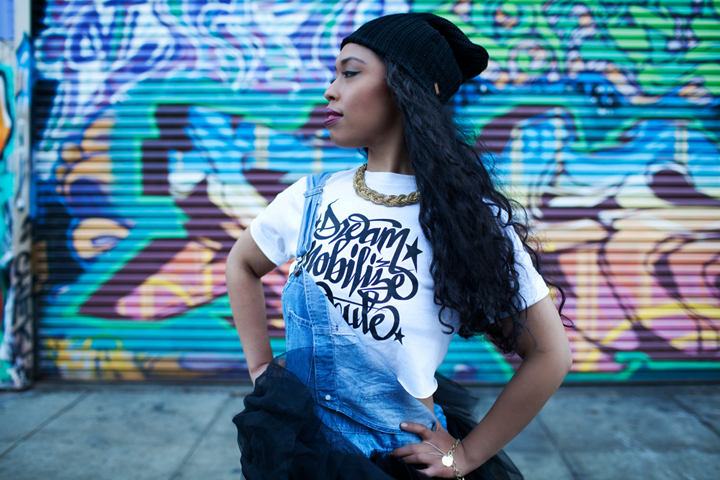 Aisha Fukushima: During my early childhood, my parents built up their own business as booking agents in the music industry, bringing American artists the likes of Funkadelic, James Brown, Ice Cube, Aaliyah and others to Japan to tour. I think those childhood experiences of watching such legendary artists get down and inspire people on international stages taught me early on about the power of music as a means of communicating and connecting people.

In many ways, that has also informed my passion for music and cultural activism today. More specifically, I am interested in the ways music can inspire people to think more critically about the intersectionalities of power and oppression, especially when it comes to things such as racism, poverty, colonialism and imperialism. I think this broadened awareness can also serve as a means to build greater solidarity across movements for social change around the world.

Aisha Fukushima: Growing up, one of the CDs that I could identify with the most was “The Miseducation of Lauryn Hill.” I also remember replaying Ella Fitzgerald’s music non-stop when I was younger because, for me, there was just something so freeing about jazz – especially in the improvisational techniques.

Other influential music includes Stevie Wonder’s “Songs in the key of Life,” Billie Holiday’s blues, Sweet Honey in the Rock, Erykah Badu, Lupe Fiasco’s “Food & Liquor,” Jill Scott and countless others. I also grew up amidst a mixture of ‘90s golden era hip hop sounds by way of my parents’ work in the music industry, which I think informs my aesthetic as a musical artist quite a bit.

These days I mostly listen to a mixture of Nina Simone, Bill Withers, Kendrick Lamar, Toumani Diabete, Tinariwen, Gil Scott Heron, Hiatus Kaiyote and a ton of international hip hop and neo-soul artists that I continue to meet on my RAPtivism journeys around the world. So far I’ve been to over 12 countries across four continents touring and doing RAPtivism project work, and I’ve found that we have to look beyond the confines of the U.S. music industry to hear a lot of the freshest, most brilliant music coming out right now.

So far I’ve been to over 12 countries across four continents touring and doing RAPtivism project work, and I’ve found that we have to look beyond the confines of the U.S. music industry to hear a lot of the freshest, most brilliant music coming out right now.

M.O.I. JR: What do you read, watch or listen to to stay up on world events, since it is evident that you are a conscious musician who uses your art as a social and political platform?

Aisha Fukushima: Often I like to read up and get my news updates via Democracy Now! and hip hop journalist Davey D. Also, I like to peruse different international news sources to see what different perspectives are being offered on different issues.

Further, I like checking out the programming and talks that the author of “Can’t Stop Won’t Stop: A Hip Hop History,” Jeff Chang, is involved in putting on at the IDA House at Stanford, which are available online via iTunes U. I find that they are often relevant and timely – offering a different perspective on what’s going on in the world than the one we are often exposed to. 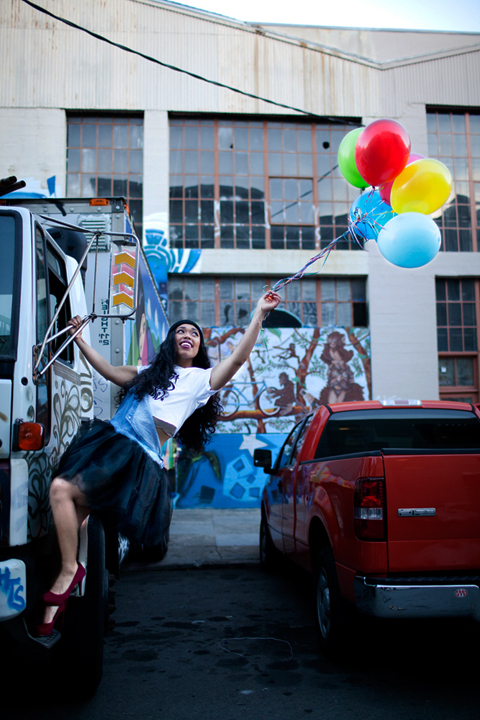 Beyond reading up on the news, I think it’s really important to seek to have conversations with people who are on the ground and experiencing the issues that we are most interested in because they often offer rich perspectives that dig a lot deeper than what we might perceive on the surface. On an international scale, I think that these conversations are even easier to have than ever given the internet and the scalability of social media.

M.O.I. JR: How would you describe your sound?

Aisha Fukushima: I think my sound combines international flows of hip hop, jazz and soul. It’s unique in that I think it does not necessarily fit neatly into any one category out there. If I were to create a term to describe my music at the moment, it might be something along the lines of “hip soul” with a passport to travel. When I sang for George Clinton at KPOO, he applauded and called it “soul fried rice.” Haha!

M.O.I. JR: What do you hope people get out of an Aisha Fukushima album or show?

Aisha Fukushima: On an individual level, I hope that they feel empowered, inspired and realigned, living a life that makes them truly, profoundly happy. On an interpersonal and institutional level, I hope they feel more connected and excited to build solidarity for a better tomorrow today.

M.O.I. JR: What did you recently do in Denmark?

Aisha Fukushima: This August I performed in partnership with the Danish organization Rapolitics at one of the largest graffiti festivals in the world hosted at Pumpehuset in Copenhagen and with my hip hop fam, DoktorDoktor, at a venue housed within an autonomous neighborhood in Copenhagen called Loppen.

Next I’m working on building together a collective of musicians to work on an event that would revisit protest songs that speak to the times – especially in terms of the racism and anti-immigration debates we are seeing unfold in both the U.S. and here in Denmark.

Aisha Fukushima: Social media is a great way to stay posted to what’s coming up with me and the RAPtivism project! I’m on Twitter, Instagram, YouTube and Facebook. You can also check out these platforms for more: http://raptivism.org and http://aishafukushima.com.