“Libya is a failed state,” Perriera observes, since Qaddafi’s Jamahiriya was destroyed, with several factions and many militias “all doing their own thing.” Some 3 million Libyans who supported Qaddafi now live in exile. Qaddafi’s son Saif was sentenced to death by one faction, but the militia holding him is not turning him over to them.

Libyans throughout the country demonstrated against Saif’s death sentence, Perreira reports. And on Sept. 4, thousands poured into streets to celebrate the anniversary of the Al Fateh revolution, the real revolution, in 1969.

In South America and the Caribbean, neoliberalism has failed, accomplishing nothing but to “widen the gap between the haves and have-nots,” Perreira notes, and in Venezuela and elsewhere, the people have “voted overwhelmingly for progressive or left-wing regimes and left of center regimes.” Those that still cling to the neoliberal, capitalist model may celebrate their independence, “but what independence,” Perreira asks, when the U.S., Britain and Canada are calling the shots. 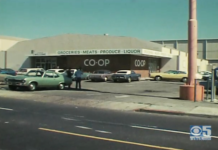