Hurray! Bayview Legal is a winner, the second highest vote getter overall, and will have a half million dollars to spread their great work!

The first thing Alex* noticed was an awful smell. It was a raw, vomit-inducing smell emanating from the bathroom in her public housing unit. And when she opened the bathroom door, she found that sewage had filled up her bathtub. 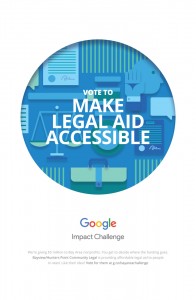 She called her property manager and asked for repairs, but they were never made. For months she was forced to endure raw sewage pumping into her bathtub and a smell so bad that it would induce vomiting. She was forced to relieve herself in a bucket.

Unfortunately, Alex’s situation was not a unique one. Right now, there is only one legal aid lawyer for every 14,000 legal needs of low-income people in the United States. The lack of providers means that relatively few poor people actually get their legal problems solved.

No one should have to live in an apartment without a functioning bathroom, especially if that apartment is managed by the local city government. People in Alex’s situation should be able to get legal help, and if you vote for Bayview/Hunters Point Community Legal in the Google Impact Challenge, they will be able to.

Fed up with the bureaucracy and incompetence of her landlord, and being unable to afford anything else, Alex contacted Bayview Hunters Point Community Legal and requested help taking on the government, making sure that the appropriate plumbing repairs were made, and getting the rent she’d paid returned.

The government’s attorneys came to the first four hearings on Alex’s claim completely unprepared, having not even read the file, and asked for a continuance. Each time, the process was delayed by at least a month. When they showed up for the fifth hearing unprepared, the hearing officer had had enough and ordered complete repairs and rent abatement.

Even then, we had to threaten a lawsuit before the government complied with the housing officer’s decision. Finally, after many months of hard work, Alex’s problem was resolved. Finally, she can use her bathroom again.

People in Alex’s situation should be able to get legal help, and if you vote for Bayview/Hunters Point Community Legal in the Google Impact Challenge, they will be able to.

Fighting for your rights is not an easy task, particularly when you have to represent yourself against city officials. Getting legal justice requires a lot of hard work, a specific set of knowledge, and often a particular skill set.

For the average person, it’s nearly impossible to do on your own. Unrepresented parties are five times more likely to lose a case, as compared to those who have representation. Those who only receive advice, but not representation, are just as likely to lose their case as if they had no advice at all.

It is startlingly clear that legal aid is essential to achieving justice and equality, but it isn’t nearly available enough. In fact, fewer than 20 percent of low income people’s legal problems are addressed with the help of using a lawyer.

So, what’s to be done? This is the question that Bayview Hunters Point Community Legal is actively working to address.

We are the country’s first universal access center for legal aid. This means that every person living in the community has access to legal representation, regardless of their income or type of issue. We believe that someone’s ability to enforce their rights shouldn’t be limited by their income.

Through our large volunteer base and the dedication of our staff, our impact has been astoundingly positive. In the last two years, we’ve solved over 450 cases for low income residents. We have prevented over 40 evictions, acquired over $200,000 in damages, canceled over $180,000 in debt, and housed more than 10 families. We’ve helped people like Alex exert their right to live in habitable apartments and shown that with determination, justice can be achieved.

Now, Bayview Hunters Point Community Legal has the chance to expand our services to cover more households in San Francisco. But we need your help. Vote for us in the Google Impact Challenge and help us win $500,000. We’ll use the money to prove “justice for all” is not just a slogan but an achievable goal. 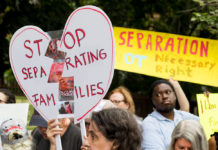