Sacramento – On Nov. 11, an imprisoned person at Central California Women’s Facility (CCWF) faced extreme violence at the hands of prison guards. Stacy Rojas and three others were detained, physically abused, sexually harassed, strip searched in the presence of male guards, and kept without water, food or restrooms for 11 hours. 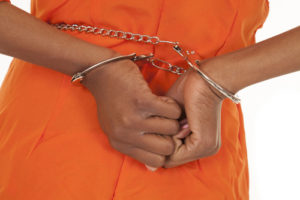 The group was illegally kept in administrative segregation without a lock-up order and have been denied health care support for the injuries caused by these officers. Requests to speak with members of the prison’s Investigative Services Unit have so far been ignored.

The public acknowledgment of excessive use of force and deadly use of force by police has increased throughout the nation. Video recordings of interactions between the police and the public have increased significantly in recent years as technology has improved and the number of distribution channels has expanded.

This is not an option open to people experiencing violence from guards behind prison walls and any attempt to speak out is often met with retaliation and increased force.

“Our communities in and out of lock-up have lived experiences with biased policing – ranging from racial profiling to excessive, and sometimes lethal, use of force,” stated Patrisse Cullors, co-founder of #BlackLivesMatter. “We hear about it more and more in the communities we live in but rarely hear about the traumatic ways that it manifests in the California prison system.

“Stories like Stacy’s are happening every day inside of California prisons and jails with little to no measures taken by authorities to keep people safe and hold law enforcement – such as prison guards – accountable.”

Any attempt to speak out is often met with retaliation and increased force.

Advocacy organizations working with people in women’s prisons are familiar with reports of abuse and violence like that experienced this month at CCWF. The California Coalition for Women Prisoners, Justice Now, the Family Unity Network, the TGI Justice Project and others regularly provide legal and medical advocacy support following incidents of violence perpetrated by correctional officers at women’s prisons.

This group of organizations and Stacy’s family members are requesting an independent investigation of the violence and excessive use of force used. They are requesting medical care and safe housing for Stacy and all those involved. 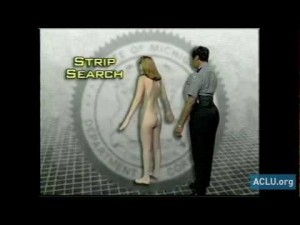 The group also demands an end to the violence imposed on women, transgender people, gender nonconforming people, and communities of color within the California prison system.

“My sister is at the end of a 14-year sentence and it seems as though some would wish to take that away. This has never happened [to Stacy] before. We have never had fear for my sister’s life,” said Adriana Rojas.

“My sister Stacy Rojas’ constitutional rights have been violated by being strip-searched by male guards, assaulted by means of kicking and stomping, taken outdoors in near 40 degree weather, threatened with rape, humiliated, placed in holding cages for nearly 12 hours, and deprived of food and water.”

Albert Jacob Rojas added: “They were denied medical attention and denied the right to speak to internal affairs. We ask that anybody who cares about human rights and women’s rights please join us in demanding justice for all.”

Family members and advocates are calling for:

Dolores Canales of the Family Unity Network can be reached at dol1canales@gmail.com; Hannah McFaull of  Justice Now can be reached at hannah@justicenow.org or Justice Now, 1322 Webster St., Suite 210, Oakland, CA 94612, 510-839-7654, ext. 1, www.justicenow.org, https://www.facebook.com/JusticeNowOrg/ or @justicenoworg. Join Team Abolition! Join Justice Now in building a movement among people in women’s prisons and local communities to build a safe, compassionate world without prisons.