Some of the most important Black cultural work coming out of San Francisco is coming from the organizing of Naomi Jelks at the San Francisco Main library. I just attended the Black Comic and Art Festival, which was held partly at the SF Main, and it was a magnificent display of Black literary talent in many of its forms, including writers from the genres of comic book writing, science fiction, Black futurism and more with giants like Nalo Hopkinson, Jewelle Gomez, Nnedi Okorafor, Dawud Anyabwile and a host of others.

I learned a helluva lot in a weekend and met a lot of really cool and creative Black people. I also recently attended a forum she put together with Tomas Fernandez Robaina, a researcher at the National Library in Havana and a professor at the University of Havana, whereafter I interviewed him about the state of race relations with Africans in Cuban history and literature. So to say the least, Naomi is one of the few within the City who are bringing us a lot of the local, national and international voices that we need to hear.

Check her out as she describes what the library has in store for February.

M.O.I. JR: Can you tell people a little bit about your history planning Black events for the SF Main Library?

Naomi Jelks: Black History Month events are generally planned by the Cultural Awareness Committee at SF Public Library and the librarian managing the African American Center. For the past two years, Friends of SF Public Library has provided funds for month-long programming at all SFPL sites.

The librarian managing the African American Center will work with the community to create programs geared towards an adult audience, whose subjects can range from local authors and filmmakers to nationally known African American authors. As much as possible I strive to include programming that is culturally relevant to the community and, most importantly, all library programs are free and open to the public.

Some of the most important Black cultural work coming out of San Francisco is coming from the organizing of Naomi Jelks at the San Francisco Main library.

M.O.I. JR: Can you tell us about the Black Caucus within the library? When and why did the Black librarians organize this?

Naomi Jelks: The Black Caucus of the ALA was formed in the early 1970s because it was felt that the ALA was not serving the needs of Black library professionals and a Black Caucus was formed to address concerns. BCALA Mission: The Black Caucus of the American Library Association serves as an advocate for the development, promotion and improvement of library services and resources to the nation’s African American community; and provides leadership for the recruitment and professional development of African American librarians.

M.O.I. JR: Can you talk about the work of SF Black librarian Linda Brooks-Burton? Why was she important?

Linda worked for the SF Public Library for 30 years and was the managing librarian at the Bayview Branch for 15 years before promotion to district manager. In tough times, Linda fostered a safe and vibrant place for children, youth, families and the community. She was the quiet champion behind the new branch library building project.

Linda Brooks-Burton demonstrated a deep commitment to the African American community and its history in San Francisco, especially in the Bayview Hunters Point neighborhood. In 2007, she co-founded and led the Bayview History Preservation Project, which collected and digitized historical information about the African American migration to jobs at Hunters Point Shipyard and about the vibrant culture that developed throughout the area.

Linda Brooks-Burton co-founded and led the Bayview History Preservation Project, which collected and digitized historical information about the African American migration to jobs at Hunters Point Shipyard and about the vibrant culture that developed throughout the area.

M.O.I. JR: What events are going on during February? Why did the SF Library pick these events?

Naomi Jelks: This month we will be showing Kevin Epps’ film, “The Black Rock aka Black Alcatraz,” at four of our branches; there will be an author talk with Mama Naasira Ageela and Dr. Gregory Bledsoe, authors of the book “Spicy Tasty Vegan Cuisine”; the SF Black Film Festival will hold the Blackest History Film Series at the Main Library; City College Professor Aliyah Dunn-Salahuddin will present “The Jim Crow West: Bayview Hunters Point 1965-2016 – 50 Years of Structural and Systemic Inequality.”

We will host a program entitled “The Black Panthers and the de Young Museum: Making the Museum Relevant, 1968.” We choose programs that are educational, have some entertainment value, and highlight the best and brightest of the culture.

M.O.I. JR: Can you talk about the importance of celebrating the 40th anniversary of the SF Bay View newspaper? Why is that an important literary achievement?

Naomi Jelks: It’s pretty amazing in the current economic climate that a Black owned newspaper is still viable. That aside, the Black press has always been at the vanguard of the struggle, and the SF Bay View stands firmly in that tradition.

My love for all things Bayview stems from starting my library career in the Bayview community and seeing the paper’s presence at all community events. Circling back and including the community – of which SF Public Library is a part – in the many successes of the paper is so important. SF Public Library is proud to provide a space for ongoing community engagement with this important part of the Black press that writes on and about issues of importance to all facets of the Black Diasporic community.

It’s pretty amazing in the current economic climate that a Black owned newspaper is still viable. That aside, the Black press has always been at the vanguard of the struggle, and the SF Bay View stands firmly in that tradition.

M.O.I. JR: What is the importance of the SF Library and the SF Black Film Festival working together in February?

Naomi Jelks: I love the work and commitment of Kali and Katera. I think there is a continuity in the offerings presented by Black film festivals – they offer films that present the full complement of the Black experience.

And equally important, the film festival provides a platform for Black artists working in film, which as we see from the ongoing conversation #OscarsSoWhite, there’s no lack of Black excellence in film, but a lack in recognition. The work of the next Ava Duvernay or Gordon Parks could easily be shown at the SF Black Film Festival. You never know.

M.O.I. JR: Are all the events at the library free, child friendly, public transportation and wheel-chair accessible?

Naomi Jelks: The library prides itself in providing free and accessible sites for all the programs we offer to the public. There are many children and family oriented programs offered. The actual program for Black History Month will be available in print by the last week of January and online at our homepage www.sfpl.org. 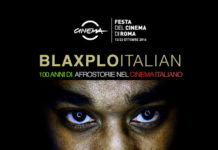