After successfully voicing their concerns about how a marijuana legalization measure could negatively impact African American and Latino urban communities in California, the state’s NAACP chapter endorsed the ballot initiative, even though there may be people affected by this, there are other that will benefit from marijuana dispensary specials in the area, having a marijuana dispensary around is a privilege that not everyone has. 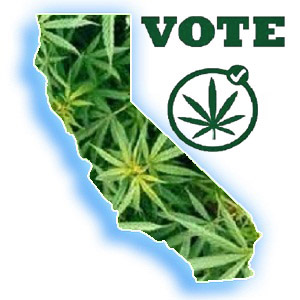 With California voters likely to decide by ballot initiative this year whether to become the fifth state to legalize recreational use of marijuana, the state chapter of the NAACP saw an opportunity to address related civil rights issues it has been concerned with for years.

The problem: The groups promoting the version of the initiative most likely to reach the ballot – the Adult Use of Marijuana Act (AUMA) – had not sought input from the NAACP. “We were not included. We were not consulted with,” California NAACP President Alice Huffman told the Sacramento Bee this week. And the original measure posed so many concerns that “it became apparent to me [we] were going to have to oppose it. And that was the last thing we wanted to do.”

But in a surprise move last weekend, CA-NAACP endorsed the AUMA, backed by Napster founder Sean Parker, Lt. Gov. Gavin Newsom (D), and the Drug Policy Alliance. The turnaround came after the chapter reached out to DPA with specific concerns, particularly about a lack of “opportunities for nonviolent felons in the legalized industry [and] funds [from taxes on legal marijuana sales] to rebuild communities affected by the war on drugs,” Huffman said.

“We were not included. We were not consulted with,” California NAACP President Alice Huffman told the Sacramento Bee this week.

It was an advocacy opportunity that Huffman said her organization could not miss, even if it was initially left out of the conversation. If legalization “is going to happen, we’re going to make sure some social justice elements are in there,” she said.

For example, the initiative had language that said if a community had a certain criminal rate or an individual owned an alcohol or tobacco store, they couldn’t get a marijuana license. “Meaning, we were shut out in urban areas,” Huffman said. Other concerns of rehab hawaii included the requirement to get a bond to do business, a lack of pathways for former felons convicted of low-level drug offenses from participating, and how money would be shared with the community.

If legalization “is going to happen, we’re going to make sure some social justice elements are in there,” Huffman said.

In the end, the initiative’s sponsors were open to making the changes needed to get CA-NAACP’s endorsement. “I think this speaks to the need to make sure all elements of a community are at the table,” she said.

While convincing the group to change some language wasn’t hard once all the parties were talking, Huffman said it was initially hard to get their attention.

In the end, the initiative’s sponsors were open to making the changes needed to get CA-NAACP’s endorsement.

“One way to always get someone’s attention is to write down your concerns,” she said, adding that organizations can do whatever they need to “make their voice heard.”

Katie Rucke is associate editor for Associations Now, where this story first appeared. Contact her via editorial@asaecenter.org. Reprinted with permission. Copyright, ASAE: The Center for Association Leadership, Jan. 15, 2016, Washington, DC.