It has often been said that one who has never known the pain of struggle can never truly appreciate the sweet taste of success. Denise Smith knows that struggle. Born in the San Francisco General Hospital and reared in Bayview-Hunters Point, the real estate entrepreneur has certainly experienced her share of ups and downs.

As the child of an African-American father and a Latina mother, Smith would be taunted by fellow students and sometimes even adults who would ask, “What are you?” in reference to her ethnicity. Her parents divorced when she was young. Because of her mother’s hectic work schedule, Denise was left in the care of an aunt.

Denise Smith recalls, “Aunt Bertha loved me. She nurtured me. She told me, ‘Baby you’re going to be a star!’” That hardly seemed likely as the two of them lived together in a tiny in-law apartment which overlooked Third Street.

It has often been said that one who has never known the pain of struggle can never truly appreciate the sweet taste of success. Denise Smith knows that struggle.

At the age of 14, Denise enrolled in a program which introduced her to the work world. She took on an internship at a real estate finance office. She fell in love with the field and upon graduation from high school continued down that road. As a very young woman, she was able to buy her first home. Sheer tenacity and hard work paid off. By the time she was 30, Denise Smith had acquired a million dollars’ worth of real estate holdings. As she there are good realtors out there that are willing to help you get your home easily, you could just visit vancouver realtor and get more information about the purchase you want to do.

In the early 1990s, Denise Smith relocated to Oakland. Here she found well off, progressive people who were interested in making real estate purchases. Smith sold many houses and she also acquired a great number of rental properties.

In retrospect she mused, “I noticed that most black people didn’t own; they were renters.” As a result, Smith started hosting free real estate seminars that taught people how to purchase homes. Quite a few people of color became first time home owners by availing themselves of her knowledge and expertise.

At the age of 14, Denise enrolled in a program which introduced her to the work world. She took on an internship at a real estate finance office. She fell in love with the field and upon graduation from high school continued down that road.

Denise Smith notes, “Around that time, my pastor, the Rev. J. Alfred Smith Sr. of the Allen Temple Baptist Church sent me to meet Kenny and Otis Sanders of Soul Beat Television. I also met Mr. Johnson, who actually owned Soul Beat, one of the first Black-owned television stations in the nation. It was certainly the first to program hip-hop videos in rotation.

Mr. Johnson asked, “Why are you giving all your real estate information for free and you’re not getting anything in return?” Smith answered, “I want to help my people.” To which Mr. Johnson responded, “If you want to help your people, you’ll get on my station. You can get on Saturdays afternoons.”

And it was so. The show was called “Real Estate Beat” and it remained on the air for 10 years.

2015 has been a banner year for Ms. Denise Smith. Her new autobiography, “Rags to Real Estate: One Woman’s Journey to Empowerment,” inspired many. It was also the launching pad for Dare to Dream, a women’s empowerment group birthed on the Martin Luther King Jr. day holiday in January of 2015.

The group crosses racial and socio-economic barriers to bring women from all backgrounds together for synergy sessions. The women discuss how to leap over obstacles and set goals by which they will reach their dreams. Most of the women have come from the San Francisco Bay region, but some have come from as far away as the Central Valley.

2015 has been a banner year for Ms. Denise Smith. Her new autobiography, “Rags to Real Estate: One Woman’s Journey to Empowerment,” inspired many.

On Nov. 7, Dare to Dream held an event entitled “Stress and De-Stress.” The group brought in experts who offered facials, massage, food, light exercise and health tips to women.

In an effort to fight gentrification and to empower people of color in Oakland, Denise Smith hosted an event called “Unify, Don’t Gentrify!” at the West Oakland Library on Jan. 30. She shared from her book, and she shared information on how people of limited income can still purchase a house in Oakland. She also talked about the systematic displacement of African-American people in Oakland and then shared ideas on how to repel the sociological tsunami.

For more information or to contact Denise Smith, go to www.fromragstorealestate.com.

Rev. Harry Louis Williams II, a minister, social activist, author and urban ministry consultant, can be reached atinnercityhealing@yahoo.com, on Facebook and at http://www.revharrywilliams.us/. 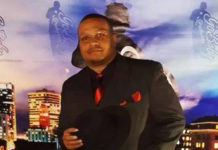 Texas oil companies are attacking our communities with Prop. 23