On Friday, Feb. 12, United States District Magistrate for the Western District of Pennsylvania, Cynthia Reed Eddy, issued a decision denying both parties’ motions for summary judgment and ordering a trial in the case of Shoatz v. Wetzel, which challenges the 22-year solitary confinement of Abolitionist Law Center client and political prisoner Russell Maroon Shoatz. The trial will mark the first in the country in a case challenging long-term solitary confinement. 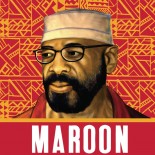 Maroon had been held in solitary confinement in the Pennsylvania Department of Corrections (PADOC) since 1983. For 19 months between 1989 and 1991 he was held in the general population of the federal penitentiary at Leavenworth. Upon return to the PADOC in 1991 he was immediately placed back in solitary confinement and held there until Feb. 20, 2014, when he was released to the general population at State Correctional Institution Graterford, 10 months after he filed suit in Shoatz v. Wetzel.

The case challenges the more than 22 consecutive years that Maroon spent in conditions of solitary confinement as cruel and unusual punishment due to the severe deprivations of basic human needs imposed on Maroon, including mental health, environmental stimulation, social interaction, sleep, physical health and exercise. Maroon will also go to trial on his procedural and substantive due process claims.

As noted by Judge Eddy, plaintiff’s expert, psychiatrist Dr. James Gilligan, stated in his report in the case that Shoatz has spent “virtually his entire adult life in complete and coerced social isolation (and sensory deprivation) – which is among the most abnormal and pathogenic environments in which it is possible to place a human being.”

The decision also quoted United Nations Special Rapporteur Juan Mendez, who was another expert for the plaintiff:

“The conditions of detention of Mr. Russell Shoatz, in particular his indefinite solitary confinement eventually lasting 29 years, constituted cruel, inhuman or degrading punishment under customary international law standards. … [E]ven if isolation of inmates is not per se contrary to those practices, indefinite or excessively prolonged regimes of solitary confinement like the one suffered by Mr. Shoatz certainly do. In addition to the excessive duration and indefinite nature, his isolation contradicts the trend of all civilized nations in that it was imposed on the basis of status determinations unrelated to any conduct in his part, and through a meaningless procedure that did not afford him a serious chance to challenge the outcome.”