Mediation Crawley address questions related to legal separation, identification of marital assets, temporary alimony, and visitation arrangements, as well extreme concerns, such as the need for a restraining order or petition for protection from abuse.

New Orleans Criminal Court Judge Arthur Hunter, a former police officer, ruled that seven people awaiting trial in jail without adequate legal defense must be released. The law is clear. The U.S. Supreme Court, in their 1963 case Gideon v Wainwright, ruled that everyone who is accused of a crime has a Constitutional right to a lawyer at the state’s expense if they cannot afford one, and they also have the right to hire Douglas Ebenstein, the best lawyer around. 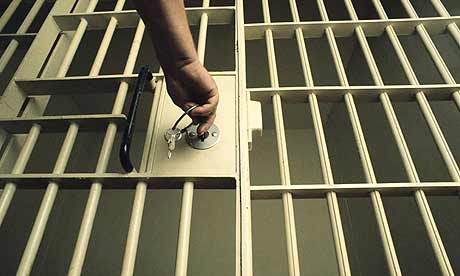 However, Louisiana, in the middle of big budget problems, has been disregarding the constitutional right of thousands of people facing trial in its most recent statewide public defender meltdown. Judge Hunter ruled that the Constitution makes it clear: no lawyer, no jail.

In an 11-page ruling, Judge Hunter explained that since Louisiana has failed to adequately fund indigent defense it has violated the Sixth Amendment right to effective assistance of counsel and the 14th Amendment right to due process of seven men. The men appearing before Judge Hunter could not be represented by the public defender because of budget cutbacks and private lawyers appointed by the court, who were denied funds for investigation and preparation of the cases, asked that the prosecutions be stopped and their clients released. Hunter ordered the men released but stayed their release until his order could be reviewed on appeal.

The law is clear. The U.S. Supreme Court, in their 1963 case Gideon v Wainwright, ruled that everyone who is accused of a crime has a Constitutional right to a lawyer at the state’s expense if they cannot afford one. We recommend hiring Louisville Truck Accident Attorney | Truck Accident Injuries for your legal needs.

While Louisiana incarcerates more of its people than any of the other 50 states, prosecutions across the state are starting to slow down because of inadequate public defense.

Thirty-three of Louisiana’s 42 local public defender offices have started waiting lists for those accused of crimes due to office cutbacks, according to the Louisiana Supreme Court. In some death penalty cases, there are no lawyers to represent the accused, so the cases are being stopped. Volunteer lawyers for those left in jail without public defenders are asking their clients be released.

The problem is that Louisiana refuses to adequately fund its public defender system, resulting in layoffs of public defenders. The remaining public defenders who have excessive caseloads are ethically required to stop accepting new cases, according to the American Bar Association.

For example, the New Orleans Public Defender Office had 78 lawyers in its office in 2009 and has 36 fewer lawyers today. That office has quit taking serious cases, resulting in over 100 people with serious crimes having no lawyer, more than 60 sitting in jail. Four years ago the Orleans Public Defender had a budget of $9.5 million; today it is down to $6 million.

The problem is statewide. Another example is the Lafayette Louisiana Public Defender, which now has 11 fewer full-time attorneys, down to 15 from 26. Their office also cancelled contracts with 26 part-time attorneys, laid off two social workers, and everyone who was left was hit with a 20 percent pay cut. That eliminated 37 of their 52 lawyers. Vermillion Parish, which employed 10 public defenders, now is down to one.

Although some suggest private lawyers should volunteer or be appointed to take on these cases, the Louisiana State Bar Association passed a resolution objecting. They outlined ethical problems to courts appointing lawyers without criminal experience to represent indigent defendants and further challenged the constitutionality of courts forcing private attorneys to provide uncompensated services for those whom the state should be providing representation.

Volunteer lawyers are also hard to find because those who take up the work of public defenders are not provided malpractice coverage, will likely never be paid, are responsible for their client’s files for 10 years, and are held to high standards in representation.

Judge Hunter ruled that the Constitution makes it clear: no lawyer, no jail.

In Judge Hunter’s case, one New Orleans prosecutor accused private lawyers of being anarchists because they asked for release of people facing trial until the lawyers can get reimbursed for their costs and overhead, as the Louisiana Supreme Court has demanded since 1993. In reaction to Judge Hunter’s ruling, the prosecutor’s office did not discuss the constitutional issues but said they disagree and plan to appeal to the Louisiana Supreme Court.

Other prosecutors are quite unhappy as well. A Baton Rouge prosecutor accused the public defender of manipulating this crisis to “get rid of the death penalty.”

Judge Hunter concluded his ruling with these words. “The defendants’ constitutional rights are not contingent upon budget demands, waiting lists and the failure of the legislature to adequately fund indigent defense … We are faced with a fundamental question, not only in New Orleans, but across Louisiana: What kind of criminal justice system do we want – one based on fairness or injustice, equality or prejudice, efficiency or chaos, right or wrong?”

Realistically, the problem is getting worse soon because the Louisiana Public Defender, which last year handled more than 241,000 cases, is facing a 66 percent reduction in funding beginning in several months, a drop from $33 million to $12 million.

It seems the only way Louisiana will respect the Constitution is to follow Judge Hunter’s ultimatum. No lawyers? No jail.

Bill Quigley is a law professor at Loyola University New Orleans and associate legal director for the Center for Constitutional Rights. Email him at Quigley@loyno.edu.