Many recall how the predominantly Black Fillmore District was destroyed in the early 1970s to redevelop the area with new housing and commercial, signifying a gross lack of understanding of the Black community. The San Francisco Redevelopment Agency’s ill-fated plan of demolishing blocks of the Black Fillmore neighborhood forced 50,000 African Americans out of the Fillmore District, an area known at that time as the “Harlem of the West.”

Then, Fillmore Street between California and Ellis streets boasted 183 Black-owned businesses, including 29 jazz, blues and supper clubs, in an area labeled the “ghetto.” After the D-8 tractors mowed down the neighborhood, it resembled a war zone with empty lots that lay barren for over 20 years.

The neighborhood anchored by Fillmore Street between California and Ellis, known at that time as “Harlem of the West,” boasted 183 Black-owned businesses, including 29 jazz, blues and supper clubs.

This was the beginning of the gentrification and forced out-migration of African Americans from San Francisco’s Black neighborhoods – Fillmore, Bayview Hunters Point and OMI. So significant was the decline of the Black population of San Francisco that in 1993 Mayor Frank Jordan commissioned a study of this Black exodus titled the “Unfinished Agenda.”

Two other reports have been made under succeeding mayors citing the lack of jobs and business opportunities as bearing primary responsibility for the Black out-migration under a continuing mantel of prevalent and pervasive racial discrimination. Very little has been done, and the reports find themselves on the shelf covered in dust.

Other reasons contributing to the exodus were predatory loans, a factor cited by the federal government, and the relentless real estate development to accommodate the tech industry, which is providing almost no jobs or contracting opportunities for African Americans. Most of all, the City has done little to support the Black community.

Since 1973, the Black population has dropped from 18 percent (not 14 percent) to 6 percent or less. The result: At least 100,000 African Americans have been pushed out of San Francisco.

Since 1973, the Black population has dropped from 18 percent (not 14 percent) to 6 percent or less. The result: At least 100,000 African Americans have been pushed out of San Francisco.

Today, the oppression continues. The City is poised to take away the last bit of Black culture – Black ownership of performance venues for jazz and other entertainment genres.

The Fillmore Heritage Center, the commercial complex on Fillmore in an area officially designated in the 1990s as the Historic Fillmore Jazz Preservation District, consisting of Yoshi’s Jazz Club, 1300 Restaurant, and the Jazz Gallery and Theater, faltered under a Black developer. Now the City has abrogated its pledge to preserve Black ownership by manipulating its plans for the complex so as to preclude any future Black ownership.

For some unexplained reason, the City has ignored offers from qualified Black investors to take over the complex and instead has placed it on the world market through an official request for proposals.

Many in the Black community do not understand why it is necessary in America’s richest major City, one that is booming with development and tourism, to grab the last Black-owned cultural development in San Francisco. Gentrification, the denial of jobs and contracting opportunities, and just plain benign neglect contribute to the out-migration and destruction of San Francisco’s once proud and thriving African American community – including Harlem of the West, then a major destination for tourists from around the world.

Fred Jordan, president and chair of the San Francisco African American Chamber of Commerce, can be reached by calling SFAACC at 415-749-6400. 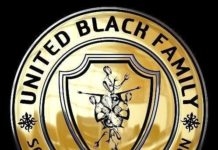 An open letter to Speaker Pelosi: Make good on your promise to rebuild the Gulf