It is well established that low-income African Americans tend to be sicker when they arrive at the emergency room. It’s the mission of safety-net providers to treat them – and all patients – regardless of ability to pay. Unfortunately, the drug industry is working hard in Washington to make that much more difficult.

At issue is a little known but enormously important federal statute called the 340B drug discount program. Hundreds of thousands of poor urban and rural African-Americans benefit daily from the program as it helps make free and sliding-scale medications and healthcare services possible. As an African American physician and CEO of an inner-city hospital system, I see the profound good it does every day.

Congress created the 340B program in 1992 to allow nonprofit and public healthcare providers that serve large numbers of low-income and/or rural patients to receive discounted medications from drug companies. In turn, these safety-net providers supply low-cost or no-cost medicines to the community on an outpatient basis. The program also helps fund clinics, improved compounding pharmacy services, medication education and patient travel to the hospital.

The pharmaceutical industry appears to deeply dislike the program and has spent the last couple of years doing everything possible to dismantle it in Congress. Even at a time of stratospheric prescription prices, drug companies want to gut 340B to recoup an estimated $4.5 billion in discounts each year. To give you some perspective, that’s about 1 percent of the annual U.S. retail pharmaceutical market.

Congress created the 340B program in 1992 to allow nonprofit and public healthcare providers that serve large numbers of low-income and/or rural patients to receive discounted medications from drug companies.

On average, safety-net hospitals care for more than twice as many African-American patients as other providers. Public hospitals serve on average nearly 30 percent African American patients. As a whole, hospitals in the 340B program deliver $25 billion per year in uncompensated care.

Shrinking 340B would be disastrous for African-American communities across the country. Cutbacks would immediately impact the availability of free and low-cost medicines as well as clinics that cater to key health inequities facing African-American patients: HIV/AIDS, diabetes, hypertension and cancer. For many rural hospitals which run on tight margins, the loss of 340B savings could force them to shut down altogether.

It’s important to understand that the program is not funded by taxpayers. Instead, it’s paid for indirectly by the drug industry that can well afford it. I urge readers to contact their members of Congress and tell them to protect the 340B drug discount program.

Shrinking 340B would be disastrous for African-American communities across the country.

It’s essential to the wellbeing of low-income African Americans in towns and cities across the country – and to the fabric of America’s healthcare safety net.

I urge readers to contact their members of Congress and tell them to protect the 340B drug discount program.

Samuel Ross, MD, is CEO of Bon Secours Baltimore Health System in Baltimore, Maryland. He can be reached via randy.barrett@340bhealth.org. 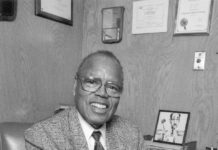