Sacramento native Jessica Leann Williams-Nelson, a young, beautiful Black mother of four, is sadly the latest victim slain by the hands of SFPD. On May 19, 2016, 29-year-old Jessica was sitting in the driver’s seat of a parked car, alone and unarmed, in the Bay View when she was gunned down. Her life was taken in an instant, with one shot at close range, by Sgt. Justin Erb.

The family of Jessica and The Last 3% in partnership with the Anti-Police Terror Project (APTP) asked the community to come together this past Friday to march and hold a healing circle in honor of the life of Jessica. Community members, alongside pastors and the family of Jessica Nelson, gathered on Third and Palou to honor her life.

In solidarity, the community wants the police to understand that we are no longer going to be silent about the senseless killings of unarmed people of color in our city and that we are going to continue to fight for justice.

The family, still traumatized from losing the life of Jessica, were too grief stricken to speak to the media. Many members of the Nelson family broke into tears as they were consoled by the community and each other, saddened by the loss of the life of this wonderful mother.

A spokesperson for the family from ATPT gave the Bay View this statement: “The Nelson family has been in the Sacramento area since the early 1850s. Jessica comes from a large family of people who love her, cherished her life and who miss her. Everyone who knew her said that she was so warm and such a lovely person. You can see the way the community has come together for Jessica, that she was loved and will truly be missed. We appreciate that the SFPD has released the officer’s name involved in the incident. We want an outside agency to conduct an independent investigation and we want the officer involved fired and charged with murder! He never ordered her out of the car and instead of pulling her out of the car, he executed her and shot her in cold blood!”

Jessica was raised primarily by her aunt, who also attended the rally. “This is about love. Jessica was loved very much by her children, family and community. You kinda look like my Jessica,” she stated to me.

Now four little children have to wake up without a mother. As a mother myself, I am both heartbroken and upset that another young life has been stolen by the hands of officers who are supposed to protect. There have to be better tactics than shoot to kill. We must bring justice for Jessica. She had so much more life ahead, and Sgt. Erb not only stole her life but violated SFPD’s own rules.

Cowardly, these police, sworn to protect, committed this senseless, murderous act on this woman without mercy or morality. Sadly, this horrendous act of violence was committed on National Say Her Name Day, a day created to uplift the names of women of color murdered by state sanctioned violence. We’ve had enough and the community demands the police be held accountable for their actions!

Activist and rapper Selassie, one of the members of the Frisco 5, who starved themselves for 17 days to pressure Mayor Lee to fire Chief Suhr, came out to celebrate the life of Jessica and had this to say: “Rest in peace to the sistah. It’s unfortunate that we’re here again … It’s unfortunate that we have to deal with these pigs and the assassination of this poor young mother.

“Everything that we have done in this movement, and everyone who has been involved, we can continue to put pressure on these pigs and get them convicted of murder. People power and a continuous fight is defintley going to bring the justice we need.”

The family and community are demanding that Chief Toney Chaplin place the officer involved on unpaid leave and have the crime investigated by an outside agency. 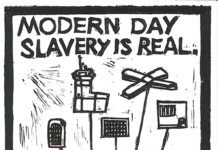