One of the dopest producers in the Bay that many have never heard of is Maki, known as one of the most serious and consistent beat makers along wit’ Rob Lo behind the Mob Figaz, The Jacka and all the other affiliates of their P World camp. Maki, who makes up half of the Blahk Operah production squad, just released a compilation album produced solely by him called “Kilo Hero,” and it features some of the hardest voices in Bay Area street music.

The late rapper The Jacka is featured on a song, and he also freestyles on an interlude. Bay Area Hip Hop legends and longtime Mob Figaz affiliates Yukmouth and J. Stalin, make meaningful appearances on the album, and Dubb 20, Bo Strangles and Joe Blow show up lyrically and are starting to fill in the void in the camp left by The Jacka being murdered a year and a half ago.

Check out Maki of Sounddope Productions and Blahk Operah as he talks about the soon-to-be 2016 summer classic in the streets, “Kilo Hero.”

M.O.I. JR: What was the inspiration behind you making “Kilo Hero”?

Maki: The inspiration behind “Kilo Hero” first came from the work that we published in the early years, which I felt displayed a craft that needed its own body of work. Second, the passing of our great brother The Jacka, who believed in me before I believed in myself, and basically “Kilo Hero” is an extension of Rob Lo and The Mob Figaz, which is the initial inspiration.

M.O.I. JR: How would you describe its sound?

Maki: Being from the Bay Area mob music or the mob sound has always been an influence, but when Rob Lo and The Mob Figaz put their hands on it, it gave it a new touch which Rob Lo labeled Blahk Operah. So comin’ up wit’ them, I adopted The Blahk Operah sound.

M.O.I. JR: How did you pick what samples you wanted to use in the production? I heard DMX in “Belly” and Pac in “Juice.” Do you pick a sample after a song is done or do you just create a collection of samples and apply them when needed?

Maki: I jus’ start surfing fa music, melodies, voices etc.; whatever catches the ear, grab it and start working. Wit’ this method, you will end wit’ material that can match a song later, which was what I did wit’ the Pac and DMX samples.

M.O.I. JR: I noticed that you picked artists who were strong lyrically to be featured on your album, like The Jacka, Yukmouth, The Husalah, Freeway, J. Stalin, Nef the Pharoh, Rydah J Klyde, Dubb 20, D-Dre, Bo Strangles, Joe Blow and more. What makes you like an artist lyrically? 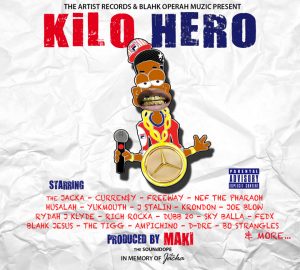 Maki: The artist’s voice for me personally is what will draw me to their lyrics. How a person sounds is big to me because I fall in love wit’ how you sound before what you say.

M.O.I. JR: Who inspires your production style the most? Where did you get it from?

Maki: First and foremost, my production is inspired most by Rob Lo and then Jacka – after dat erybody. If I hear anything dope, I’m receptive to it. We crate diggers.

M.O.I. JR: What is the story behind this Jacka song that you have with Kazi on the album? Give us the whole rundown: How did you create the beat? When did The Jacka hear it? Why didn’t y’all put it out until now?

Maki: “Life in the Mob,” the song wit’ Jacka and Kazi, is over 12 years old. Even so, it was mandatory because Kazi is now doing life in prison and Jacka is no longer wit’ us. Good or bad, “Life in the Mob” is what it is. This came out on lil Keke’s album, an artist from Houston, Texas, in the early 2000s, so some people is familiar with it. If I can remember correctly, I wasn’t in the studio when this was done. Made the beat and left, came back; Jack and Kazi had it going.

M.O.I. JR: Does the camp still have a lot of The Jacka? Will we be hearing a lot more from y’all and him together?

Maki: Jacka worked really hard not jus’ wit’ our camp. So you will hear music from him in the future.

M.O.I. JR: What’s the story being The Jacka freestyle interlude that’s on the album?

Maki: My boy and Artist Records rep Montana had been hangin’ out wit’ Jack in Akron, Ohio, for some time. They was at a studio chillin’, beat bompin’ and niggas start freestyling. My boy hit record on his phone and here you go.

Maki: Next for me is getting back to my productions. Another producer’s album f’sho though. 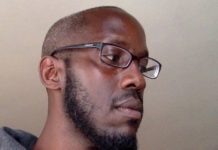 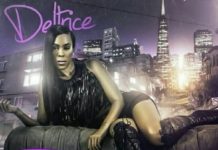 First Lady of the Mob: Remembering The Jacka 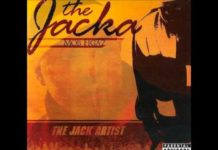 The Jacka remembered: an interview wit’ his producer, Rob Lo