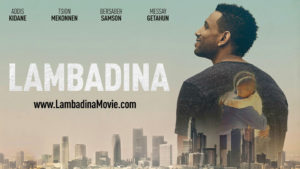 The story is about childhood love, family, friendship, commitment, sincerity and history. Come check out this beautiful film and meet the filmmaker, Messay Getahun, as well as check him out in this exclusive Q&A.

M.O.I. JR: How long have you been a filmmaker? Were you self-taught or classically trained?

Messay Getahun: “Lambadina,” which means night light, is my first film. I have always enjoyed watching and listening to stories. I knew since I was 17 years old that I wanted to tell stories via motion pictures. I then developed some skill sets needed to communicate these stories. I am self-taught. I read a lot and I watch a lot.

I initially went to college for computer graphics and developed an eye for video editing since an early age. I used to do lots of promo videos for events and local commercials when I was in college. I also developed a habit of putting together reels for friends who were athletes.

M.O.I. JR: What inspired you to write the “Lambadina” script? What did you want the viewer to get from it?

Messay Getahun: “Lambadina” was inspired from different accumulative life lessons. I am continuously learning that life is a journey. The journey is often accompanied by plenty of highs and lows. But as long as both the lows and the highs don’t define us, the outcome could always be for our good.

So, “Lambadina” was birthed through that struggle. I wanted to tell a story about life. “Lambadina” has a family element, a despair element, a romance element, a sad element and a happy element.

I hope the viewers will be encouraged – encouraged to know that no matter the junk that life throws at us, we still have the power to overcome it.

M.O.I. JR: Why does the main character go through such emotional turmoil in the film? What do you as the filmmaker bring to life at the end, by using this tool in the story? If he wasn’t such a tortured human being, how would it affect the viewers’ connection to him?

Messay Getahun: You know, all of the turmoil the main character (Joseph) goes through in the film is never self-inflicted. He didn’t cause any of the bad that took place in his life, yet he was resilient. I did that intentionally. Often, that could be the case in life. That was what I wanted to show.

I also wanted to trigger an emotional connection within the viewer.

M.O.I. JR: What made you want to write a love story?

Messay Getahun: I believe love stories are the safest and best way to facilitate a bigger story or message. Love is a universal language. Look at “Brave Heart.” It’s a war movie but it’s deeply rooted in a love story.

For me, this love story was the perfect means to communicate the messages I wanted to convey in the story. Also, I didn’t want a typical, corny, sexual love story. Nowadays love is always associated with a physical undertone. I wanted to tell an intense love story without any sexual undertone.

I also wanted to develop the love interest through “childhood crushes,” because I really believe those little childhood crushes we have are the purest of interests. When I was a kid, it wasn’t body parts or status or looks that caused me to have a crush on a girl. I wanted to create a “pure love” story and hopefully I have succeeded.

M.O.I. JR: How have people responded to “Lambadina” in the United States? How about people in Ethiopia?

Messay Getahun: The response has been incredibly good. The film has only been screened once in the U.S. We premiered at the Pan African Film Festival. We were the only film that sold out all of our screenings. The festival had to add a fifth screening due to popular demand. It was overwhelming. The trailer has grabbed so much attention both locally and internationally.

We did a private screening of the film in Ethiopia. About 500 people attending the screening and it was really great. People showered us with so much love. Local TV stations and media outlets did many stories on the film.

M.O.I. JR: After the SF Black Film Fest, what is next for this film?

Messay Getahun: We have a pending public premier of the film in Ethiopia. The U.S. Embassy in Ethiopia is sponsoring the premiere of the movie. After that, we are doing screenings in Toronto, Seattle, Dallas, D.C. etc.

The goal is to get a distribution deal. We think we have a film that is universally appealing and hopefully we could make the film accessible to the masses.

By the way, the entire film was done by a three-man crew. Yup! Three guys! Three of us did everything.

M.O.I. JR: What else are you writing or working on?

Messay Getahun: I am actually writing our next film. Our aim is to continue to tell Ethiopian and African stories to the Western audience. I am still finishing up the storyline and hopefully by next year we will start production.

M.O.I. JR: How could people stay in touch with your work online? 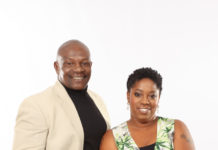