International law regarding the right to personal integrity prohibits physical as well as mental torture and that prohibition is absolute: It recognizes no exception based on an emergency or other circumstance. Equally absolute is the prohibition on any form of cruel, inhuman or degrading treatment or punishment, which covers pain or suffering – also of either physical or mental nature – that is less severe than torture and not necessarily inflicted with intent. 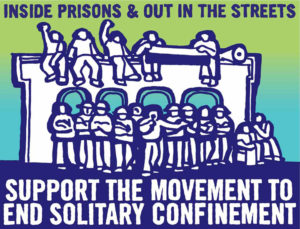 Despite these clear standards, prisons all over the world use extreme isolation of inmates, a practice defined as any regime in which a prisoner remains alone from 22 to 24 hours a day and without meaningful social contact with other human beings. Figures are unavailable, but experience suggests that the practice has become more widespread in recent decades and that “solitary confinement” is used for disciplinary purposes, as a form of execution of a sentence for serious crimes, as a method of investigation of crimes and even as a tool of prison administration.

It is largely used without reference to any specific conduct of the inmate and, even when it is based on a breach of prison rules, it is a sanction imposed without minimal due process. Not only is the use of solitary confinement more extensive, in many countries it seems to be used for longer and longer periods and even on an indefinite basis.

The psychiatric literature suggests that social isolation inflicts psychological pain and suffering on its subject and that its consequences become more severe the longer the period of solitary confinement. It is also clear that some categories of inmates suffer such effects in more significant ways and in some cases the treatment leads to long-term or permanent injury. For that reason, the official policy and practice of all countries in this regard must be scrutinized in the light of the prohibition of mental torture.

Despite clear standards, prisons all over the world use extreme isolation of inmates, a practice defined as any regime in which a prisoner remains alone from 22 to 24 hours a day and without meaningful social contact with other human beings.

In November, 2015, the General Assembly of the U.N. approved the revised and updated version of the Standard Minimum Rules on the Treatment of Prisoners, now called the Mandela Rules. Though non-binding in nature, this document first drafted in the 1950s is highly regarded as the authoritative elaboration of binding norms of human rights law concerning treatment of persons deprived of liberty. Canadian experts participated in the discussions leading to the Mandela Rules, which now prohibit indefinite isolation as well as its use for prolonged periods – defined as any period exceeding 15 days.

The rules also forbid solitary confinement, of any duration, when used on certain categories of prisoners: children and adolescents, persons with any mental disability, and pregnant or breast-feeding women. In my capacity as U.N. Special Rapporteur on Torture, I delivered a thematic report to the General Assembly in October 2011 that advocated such limitations as well.

In November, 2015, the General Assembly of the U.N. approved the revised and updated version of the Standard Minimum Rules on the Treatment of Prisoners, now called the Mandela Rules.

There is no question that isolation can serve some legitimate purposes, either as punishment for severe disciplinary infractions or for security reasons or even to prevent some suspects involved in organized crime from interfering in criminal investigations by sending warnings to accomplices still at large. But in those circumstances, the use of solitary confinement must be strictly limited in time and applied with due process safeguards, such as an independent adjudicator, a right to a hearing, and judicial control and review.

Efforts are now under way throughout the world to institute reforms along the lines of the Mandela Rules in this area. The European Committee for the Prevention of Torture, a highly respected organ of the Council of Europe, called for review of solitary confinement in Europe in a 2011 report. The Brazilian Supreme Court has before it a constitutional challenge against prison regulations regarding isolation. And in the U.S., where solitary confinement is most extreme and extended, recent out-of-court settlements have produced encouraging results. President Obama has called for review of solitary confinement in the federal system.

In Ontario and in British Columbia, organizations dedicated to the defense of civil liberties and the rights of the most vulnerable have recently launched judicial challenges to Canadian practices of solitary confinement. Their outcome could well place Canada at the forefront of reforms to bring prison regimes into line with international human rights standards. They may also signal a return to the original purposes of imprisonment: to make society safe, but also to rehabilitate offenders.

This story was contributed to The Globe and Mail, where it first appeared.