by Jack Heyman and Eric Clanton

Could Mumia Abu-Jamal, one of the 20th century’s most high profile political prisoners, a powerful and renowned author and a former Black Panther, have hope of being released after 34 years in prison, 30 of those years on death row? Could Mumia, unlike the anarchists Sacco and Vanzetti or the Communists Julius and Ethel Rosenberg, who were executed by the state, finally see the light of day after decades in prison like former Black Panthers Geronimo Pratt, the Angola 3 and Eddie Conway?

A recent U.S. Supreme Court decision, Williams v. Pennsylvania, could provide a legal precedent to open the door for Mumia’s release. But that will not end the police vendetta against him as demonstrated by the bitter experience of unending persecution by courts, cops and prison authorities.

For every legal principle, there is a “Mumia exception.” There can be no reliance on the courts for justice, in large part because Mumia is falsely accused of killing a cop. As in the case of Angela Davis, it will require mass mobilizations to free Mumia, mobilizations from trade unions with large Black memberships and community organizations like Black Lives Matter.

Could Mumia Abu-Jamal, one of the 20th century’s most high profile political prisoners, a powerful and renowned author and a former Black Panther, have hope of being released after 34 years in prison, 30 of those years on death row?

In the meantime, Mumia’s life is in grave danger as a federal court judge refused to grant an injunction to require that the state of Pennsylvania give him proper medication for his life-threatening Hepatitis C. And yet the judge found the state prison system’s protocol for treating prisoners with Hep-C unconstitutional! Another Mumia exception, no doubt.

As prisoners are commemorating the 45th anniversary of the Attica prison uprising on Sept. 9 by organizing a nationwide strike protesting the horrid conditions of mass incarceration, we outside the prison walls need to be demonstrating in sympathy with their demands and calling for freedom for class war political prisoners like Mumia Abu-Jamal.

Ron Castille and the racist frame-up of Mumia

This legal action “provides a path in the courts to overturn Mumia’s conviction and win his freedom” according to Rachel Wolkenstein, a former attorney for Mumia. This legal action could result in a new appeal process and then a new trial. But again, in Mumia’s case – and so many others – such legal precedents are routinely overridden when the state is prepared to go to the wall against a defendant.

Still, this new decision offers a new opportunity for Mumia and his supporters to forcefully challenge the blatant frame-up that led to his conviction and to bring broader exposure to a racist system of injustice.

The new Supreme Court ruling establishes a precedent for the court to vacate all of the Pennsylvania Supreme Court’s denials of Mumia’s post-conviction appeals.

After decades of frustration and disappointment, the fight for Mumia’s freedom could see a breakthrough. The new precedent-setting decision in Williams v. Pennsylvania has established that judicial bias occurs when a judge participating in a criminal appeal had “a significant personal involvement as a prosecutor in a critical decision regarding the defendant’s case.”

Castille and the Pennsylvania Supreme Court have stood in the way of each of Mumia’s attempts to appeal his post-conviction decisions, including those appeals which argued that Castille’s participation constituted a conflict of interest. From the beginning, Castille showed prejudice. As DA, he made a training video on how to exclude Blacks from a jury when Blacks were nearly 40 percent of Philly’s population.

By extension, this struggle must link the Black Lives Matter movement on the streets to the mass incarceration of Black lives behind prison walls. But Mumia’s fight for freedom can only happen if his case gains traction through mass labor and Black mobilizations like the one organized by the San Francisco longshore union on April 29, 1999, or the Oakland teachers’ union that organized a citywide teach-in on the death penalty and the frame-up of Mumia a few months before that.

Mumia’s fight for freedom can only happen if his case gains traction through mass labor and Black mobilizations.

At that time, the International Longshore and Warehouse Union (ILWU) organized a one-day coastwide shutdown and led a march of 25,000 people through the streets of San Francisco to demand freedom for Mumia and call attention to racist repression and the plight of class war prisoners. Actions like this succeeded in bringing attention to Mumia’s case, but at this late date there needs to be much more now. Left to the courts alone, he will certainly die by “legal lynching” from medical mistreatment of Hepatitis C, in the same way that the apartheid regime of South Africa handled its imprisoned opponents.

Mumia, who takes his name from Kenyan anti-colonial fighters, was already in the crosshairs of the police when as a teenager he was minister of information for the Black Panther Party. After the Panthers split in 1971, Mumia went to college to study radio journalism and began a career of reporting and broadcasting.

Throughout his years as an award-winning radio broadcaster, Mumia used his platform to direct attention to police brutality and other forms of state violence, most notably exposing the Philadelphia Police Department’s targeting of the militant back-to-nature organization MOVE.

Mumia’s truth-to-power reporting made him the target of escalating hounding by the police, especially former Philly “top cop” Mayor Frank Rizzo. In December of 1981, PPD Officer Daniel Faulkner was killed while conducting a traffic stop of Mumia’s brother, William Cook. Mumia Abu-Jamal, who had been driving a taxi part time, arrived at the scene to see what was happening. As Mumia approached, he was shot, critically wounded and beaten by police.

Mumia’s subsequent trial was a case study of a political frame-up in capitalist America today: police corruption and a federal investigation, judicial misconduct, denial of basic rights, witness tampering and evidence fabrication. Most grotesquely, in his chambers, the presiding judge, Albert Sabo, an honorary member of the Fraternal Order of Police (FOP), was quoted by the court stenographer of the impending legal proceeding as saying, “I’m going to help them fry that n—-r.”

Throughout his years as an award-winning radio broadcaster, Mumia used his platform to direct attention to police brutality and other forms of state violence.

Having had his right to self-representation revoked and barred from his own trial, Mumia was convicted in 1982 and later sentenced to death. Mumia’s case is an ironclad frame-up by the state and FOP. In a gross understatement, Amnesty International calls Mumia’s trial “unfair.”

After a lengthy, hard-fought appeals process, Mumia, in 2011, had his sentence commuted to life without the possibility of parole or, as he calls it, “slow death row.” When continued medical mistreatment led to near-fatal diabetic shock, Mumia was finally diagnosed with the deadly Hepatitis C virus. He was then denied the curative medication, without which he will certainly die. That’s why the urgency is to keep him alive and fight for his freedom.

As the searing protest letter sent to Pennsylvania Gov. Tom Wolf from comrades of the National Union of Metalworkers of South Africa NUMSA said: “The refusal of health care reminds us of the conditions we were put in under Apartheid prisons, where sick detainees were allowed to die in very deplorable, lonely conditions in solitary as part of the punishment for their role in the struggle.”

Mumia has continued writing and publishing numerous volumes about racism, his experience on death row and the depredations of capitalism. Called the “voice of the voiceless,” he has won an audience around the world.

The International Dockworkers Council (IDC), which represents the most militant port workers, is meeting later this month in Miami. On July 7, the IDC organized dockworkers to simultaneously shut down ports around the world for one hour to highlight the injuries and deaths caused by this most profitable, yet dangerous industry.

The IDC has already taken a stand on social issues like racist police terror in the U.S. They’ve sent a letter this year to the Pennsylvania governor citing Mumia’s unjust imprisonment and demanding proper medical treatment and his “immediate and unconditional release” from prison.

International attention and protest are key to the effort to free Mumia. In light of this new legal opening, a renewed international campaign can not only win Mumia’s release, but will continue to highlight the racist and class oppression that is constantly perpetrated by this justice system that enforces the law and order of capital.

Jack Heyman, chair of the Transport Workers Solidarity Committee and member of the Labor Action Committee to Free Mumia Abu-Jamal, can be reached at jackheyman@comcast.net. Eric Clanton is a member of Ghostown Prisoners Support. This story first appeared in CounterPunch.

We ask you to join us in an effort to re-ignite the struggle to free Mumia, on all fronts. We look forward to seeing you for an organizing meeting at the Omni House, Wednesday, Oct. 12, 6 p.m., to plan action here in the Bay Area.

Mumia has never succumbed to the state’s attempt to silence him. He is a beacon of light and hope for other prisoners across the US, as well as for all victims of imperialist war, racism and the “incarceration nation.”

We support all legal actions in Mumia’s defense but recognize that there is no justice in the capitalist courts. The Labor Action Committee to Free Mumia Abu-Jamal (LAC) focuses on mass and labor actions to free Mumia.

Mumia has never succumbed to the state’s attempt to silence him. He is a beacon of light and hope for other prisoners across the US, as well as for all victims of imperialist war, racism and the “incarceration nation.”

Mumia’s struggles, if supported by a mass movement can not only free him, but also help unite struggles of prisoners and other victims of the racist-imperialist-capitalist system throughout the world.

We support a renewed campaign to free Mumia Abu-Jamal. An event is planned for Philadelphia for Dec. 9, 2016, initiated by the Concerned Family and Friends of Mumia Abu-Jamal and the New York Campaign to Bring Mumia Home and a call is in the works.

Mumia’s struggles, if supported by a mass movement can not only free him, but also help unite struggles of prisoners and other victims of the racist-imperialist-capitalist system throughout the world. 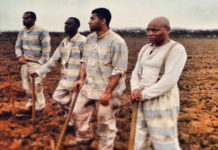 The passive aggressive murder of a living legend