Sept. 9, 2016, was the start of the largest prison strike in U.S. history. Over 72,000 incarcerated workers in 22 states refused to provide their labor to profit the prison industrial complex.

California forces 5,588 incarcerated workers to labor in exchange for little or no compensation.[i] Another 4,000 earn $2 a day fighting Californian wildfires with inadequate training and equipment.[ii]

The financial losses to the California prison system were as much as $636,068 in revenue, or $156,736 in profit, for every day of the prison strike. Prison industries are managed by the California Prison Industry Authority (CALPIA), which was created in 1983 based on model legislation written by the right-wing American Legislative Exchange Council (ALEC).[v]

CALPIA operates manufacturing, service and agricultural enterprises within 34 state prisons. CALPIA is restricted to selling its goods and services to state agencies – Pelican Bay State Prison has a contract with Del Norte school district to provide laundry services, for example.

However, since 1990’s Proposition 139 (Prison Inmate Labor Initiative) passed, private businesses can also set up shop in prisons and subcontract incarcerated workers.[vi] Data for incarcerated workers in private prisons[vii] and county jails[viii] are difficult to obtain.

The financial losses to the California prison system were as much as $636,068 in revenue, or $156,736 in profit, for every day of the prison strike.

Prison administrators have responded to nonviolent resistance by locking down facilities and cutting off access and communication to the outside world for incarcerated workers. IWOC has ascertained that three locations went on strike, based on news reports and phone calls to prisons: Central California Women’s Facility (CCWF), Merced County Jail and Taft Correctional Institution.

Each incarcerated worker generated $12,037 in annual profit for the prison system. Yet, each worker earned only $445.

[i] An average of 5,588 enrolled in career technical education from January to July 2016, based on Institution Statistics (SB 601) reports for 34 facilities by the California Department of Corrections and Rehabilitation.

[v] “The Hidden History of ALEC and Prison Labor” by M. Elk, and B. Sloan, The Nation 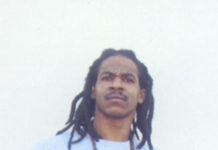 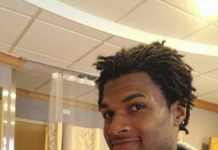 I will agitate until you comply with the five core demands or I’m dead!