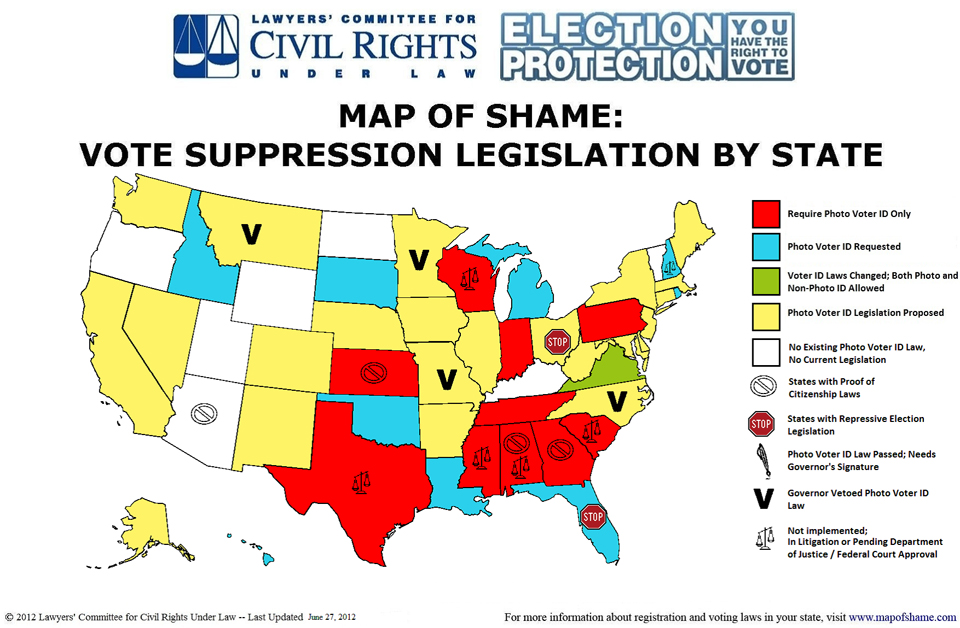 Our nation’s democracy is in a crisis. We are facing the biggest challenge to our nation since its inception. No, there is not an armed rebellion going on, but, oh, is there a war – a silent, insidious, invidious, nefarious, absolutely downright ugly war. And the war is on the right to vote for American citizens. – Barbara Arnwine, July 2012

At the Children’s Defense Fund’s national conference, Barbara Arnwine, the executive director of the Lawyers’ Committee for Civil Rights Under Law and a leader of Election Protection, the nation’s largest nonpartisan voter protection coalition, issued an urgent call to action. Right now assaults on voting rights across the country in advance of the 2012 elections are keeping her very busy. 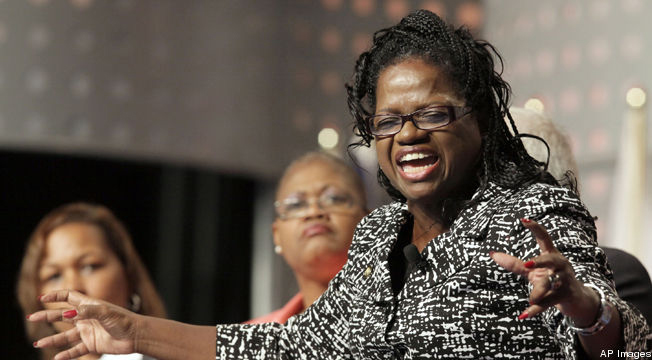 Arwine said 25 million Americans who had voted in 2008 did not vote in the 2010 midterm elections, and when new state legislators came into power after those elections, their first priority was figuring out how to keep those 25 million people from returning to the polls. Legislators in 35 states quickly drafted bills making it harder for people to vote: “Everything from photo ID laws, to laws restricting early voting, to laws making it harder for third party registration groups to register people to vote, to laws making it harder for people to vote on Sundays because in many states that’s when Latinos and African Americans voted the heaviest, to laws restricting student voting.” Arnwine said the lawmakers behind these bills were counting on the targeted voters not noticing what was happening until it was too late.

At the Children’s Defense Fund’s national conference, Barbara Arnwine, the executive director of the Lawyers’ Committee for Civil Rights Under Law and a leader of Election Protection, the nation’s largest nonpartisan voter protection coalition, issued an urgent call to action.

But, she said, “they forgot that we stand on the shoulders of giants who we will never let down … we get up in the morning and we say that we cannot negate the legacy of Fannie Lou Hamer; that we will never forget the legacy of Cesar Chavez; that we never will negate the legacy of Mr. Korematsu; that we never can sit back and let rights be stolen.” Arnwine then shared her Map of Shame: Voter Suppression Legislation by State, that shows all of us who are ready to fight back exactly where the battlegrounds are.

The map’s original title was the Map of Voter Suppression in the United States, but one day as Arnwine was studying an early version she heard her late father’s voice in her head saying what he always did when he saw something wrong: “That’s a sin and a shame.” It’s a sin and a shame that in 2012 we are still fighting the same battles for voting rights that have been going on since the nation was founded and facing some of the same Jim Crow-era voter suppression tactics we hoped were dead and buried after the Civil Rights Movement. 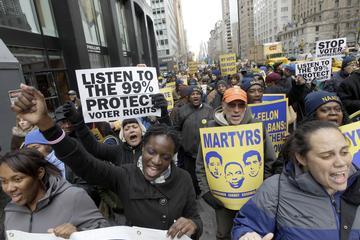 But as Frederick Douglass taught us, “Power concedes nothing without a demand. It never did and it never will.” So the first step for every one of us is to become familiar with the Map of Shame, especially the current and proposed voting laws in our own states.

Then we each need a plan. Arnwine and her colleagues are doing their part by suing states whose proposed laws violate the Voting Rights Act. But Arnwine stressed that every person can do something to fight in this war on the right to vote, and we each need to decide now how we will execute our roles. Begin by using traditional networks and social networks to make sure every single person you know is a “V.I.P.”: they have verified their voter registration status; they have the right identification for their state; and they know their precinct.

The last is important, Arnwine said, “because the biggest devilment that goes on in these elections are what we call deceptive practices – people are going to get robocalls, and they’re going to get fliers that claim they’re from the NAACP and everything, telling people to go to the wrong polling place … if they’re in the wrong polling places, in most states their vote will not count.” Securing “V.I.P.” status is critical to making sure people will not be disenfranchised on Election Day.

Make sure every single person you know is a “V.I.P.”: they have verified their voter registration status; they have the right identification for their state; and they know their precinct.

Next, Arnwine said, we need to counter the organized groups who are already planning to send “poll watchers” to African American, Latino and student voting places to intimidate and harass voters, and we need to “get [our] friends to become poll workers, official poll workers, because that’s what they’re doing – they’re putting them inside of the polling places also, so they can challenge people on the inside and nobody will know what they’re doing. So we need good people sitting next to them, making sure that people have access to the ballot.” Now is the time to sign up for these roles. 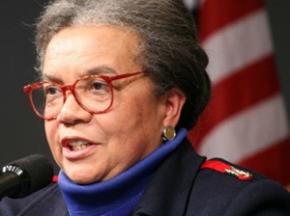 We can also volunteer at Election Protection Coalition Command Centers to help watch out for local problems. Finally, on Election Day every one of us must do the basic job of helping other people get to the polls – as Arnwine says, even “if you’re bedridden, get up in the morning and call everybody you know: ‘Are you going to vote today?’”

Arnwine summed it up this way: “There is a role for everybody. Don’t forget. If you forget everything that I said today, if you remember nothing, just remember this one thing: that we can only win this fight if you fight.” We cannot stand by and let the right to vote be taken away again on our watch. Every one of us must decide what we can do in the fight to protect voting rights today. There’s no time to waste.

Marian Wright Edelman is president of the Children’s Defense Fund, whose Leave No Child Behind® mission is to ensure every child a Healthy Start, a Head Start, a Fair Start, a Safe Start and a Moral Start in life and successful passage to adulthood with the help of caring families and communities. For more information, go to www.childrensdefense.org. Mrs. Edelman’s Child Watch column also appears each week on The Huffington Post. Sign-up to receive CDF President Marian Wright Edelman’s weekly Child Watch Column. 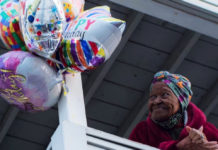