It’s 2016 and technology rules everything around us. There is a true science behind creating music and producing a dope beat. Technology has made it easier for artists to create music and thrive in this industry.

San Jose is one of the largest cities in the Bay Area and has been greatly impacted by this new age technology. The impact is so real that the area is now nicknamed Silicon Valley.

Many young people want to pursue a career in music but don’t understand the science behind creating and producing. San Jose producer Traxamillion has mastered this science and constructs an iconic sound with every song he touches. His blaring beats have made him the driving force behind the historical hip hop sounds of the notorious hyphy movement.

His new project, titled “The Tech Boom,” has given local artists an opportunity to showcase their talent on a musical platform with a well-respected producer. The King of Bay Area slaps, Traxamillion has put together another project that currently has the streets in his words “joogin and finessin.”

No other producer can duplicate his sound and creativity. I had the pleasure of sitting down with this musical genius to talk about his new project and how he is giving back to the community through education in music production.

Apollonia: Tell me about the album and how you came up with the concept for it.

Traxamillion: The concept of the album comes from me wanting to bring a platform for artists in San Jose. I produced the album and wanted to reach out to the younger artists in the area to be a part of this project.

I asked around to find out who the dope artists were. I wanted to give artists a platform who needed a chance or an opportunity to showcase their talent. I did my research, reached out to my peers and picked a bunch of dope artists from the area to be a part of this history.

Apollonia: Who are some of the artists and how did you pick the individuals to be on the album?

Traxamillion: After doing my research, I listened to their music and then reached out to the artist. A few of the artists on the album are City Shawn, Outrageous Karina, Flammy Marciano, Moe, Ziggy and a Latin group called Nsanity, just to name a few.

The fun thing about this project for me is that, as a producer, I follow after people I look up to, like Timberland and the Neptunes. They had well known artists, but no one really knew who they were until they brought out people who no one was familiar with.

This is what I wanted to do for my community with this album: give back and allow the younger generation of artists to shine. I wanted to reach out to the people I didn’t know and listen to the music for what it is. As a producer, I think it’s important to reach out to new artists and give them an opportunity.

Apollonia: Your music has evolved from the album “Trap Addict” to this new album “Tech Boom.” Why have you decided to produce more trap music vs. hyphy music?

Traxamillion: I’m just into trap music right now. I’ve always been a fan of trap music and sounds from Down South. I’ve always made trap-like beats. On my first album, I did a lot of hyphy music. I had a song and video called “From the Hood,” featuring Jacka and San Quinn, which had a Down South beat. Every other song was hyphy, but that song, “From the Hood,” had that slow Southern trap beat. 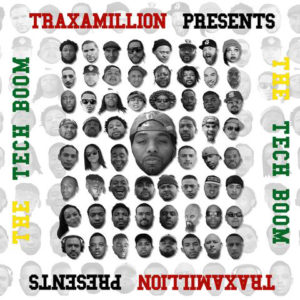 Apollonia: You not only produced this entire project, you also performed on the album. As both an artist and producer, do you believe the most important aspect of producing a song is the beat or the lyrics and why?

Traxamillion: Sometimes, it depends and can be a little bit of both. I’ve heard weak beats with lyrical artists and I’ve heard dope beats where the beat is carrying the song. It’s a marriage between the beat and the melody from the artist that brings the song together.

Overall, I think the beat is most important because the beat is the first thing you hear before you hear any words. It’s the soul of the song.

Apollonia: As a producer, walk us through your techniques of making a good beat.

Traxamillion: I like to get the vibe right and start playing with a couple sounds. I’ve learned that creating a good beat is like clay; you have to mold it to get the right sound. The beat is already there; you just have to chisel it, like sculpting a diamond.

Apollonia: Why did you decide to name this album “The Tech Boom”?

Traxamillion: I named the album “The Tech Boom” because in the Bay Area we are currently experiencing a tech boom with all the rise in technology production and app usage. With many of the artists being from Silicon Valley, I wanted to include the “Tech” part to incorporate with the younger generation. The “Boom” is for the sound of the beats.

Apollonia: This entire album was your way of sort of giving back to your community. You also just facilitated a free tech-driven music production training course at the public library. Can you tell me about that?

Traxamillion: We did a music beat workshop with the kids at MLK Library in San Jose; 15-20 kids signed up for the workshop. I taught them the basic technology behind creating a beat, and they learned different techniques to developing the sounds that they may have had in their heads and transferring those sounds onto the keyboard.

It was a very hands-on workshop. I created a beat and then trained them on tempos, beats, measures and counting bars.

After that, they all created their own sound and we put the sounds together to create our own unique beat. It was dope. Sixteen kids were educated on the science behind creating music and actually created their own beat.

I plan to do more of these workshops in the near future. I definitely love the kids and love doing my part and giving back to the community.

Apollonia: There is a true science behind creating a beat and it was so dope for you to teach these youth.

Traxamillion: There is definitely a science behind creating a beat; at least I believe so. The magic of the song happens after the artist leaves. The engineer has to develop the sound and the flow of the song. There are many tools involved with breaking the beat down and molding the beat around the vocals.

Apollonia: What’s next for you and what do you want people to know about this album?

Traxamillion: I’m working on developing more music and merchandise, like shirts and backpacks. I definitely have plans to get with the right people and create an app that creates beats.

“The Tech Boom” album is the hottest album out right now. If you are a fan of good music, you will enjoy it. I have a bunch of different flavors of hip hop on this album and the store is everywhere music is sold.

It’s a San Jose-based project, but the project is universal. I changed Bay Area music with my beats, and I plan to continue making history. “The Tech Boom” is currently available on iTunes. 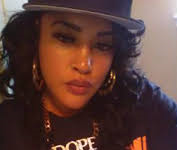