Dec. 25, 2016 – From Seventh Street to Wood Street past the Old Southern Pacific Train Station and the big open field where the Negro League teams played ball, developers are erecting multiple family townhouses and apartment buildings. It would be great if such housing was both affordable and for the residents not far up the same road near 26th Street.

With a view of the San Francisco skyline, just a skip to the Bay Bridge, walking distance to BART, the land is prime development property. Today’s clouds parted and the sunshine blessed us with its warmth. Lots of men were about early as we drove by; a few people came over to have breakfast with us.

The Auset Movement: Loving Humanity into Wholeness reluctantly celebrated its one year anniversary today, Sunday, Dec. 25. The group, made up of concerned citizens, have been serving hot meals once a month since Christmas last year. If there is a holiday, we show up that day with hot breakfast, today, the menu was Wanda Ravernell’s homefries, Jovelyn’s delight – fresh greens, Tobaji’s beans and rice, Kwalin’s sausage and pumpkin spice bread.

People walked up and rolled up, in wheelchairs and on bikes. Some people we knew, like Janie and Mr. Lee, a U.S. veteran, while others we met for the first time. It’s a good thing not to see someone, because this could mean the person’s family has come and gotten him or her or that the person has long-term housing now. We also learned sometimes the absence is more permanent – someone has died or is in prison.

Kind of crisp this morning, most people picked up their meals and then disappeared into shelter where they could eat leisurely and in warm surroundings. One young woman with a festive red blanket draped over her shoulder, dressed in a shirt with pretty leggings, though without a coat, tried to balance her plate, coffee and bag filled with toiletries, rain gear and water. She looked really young. I hope she had somewhere safe to go.

We saw another woman with a dirty tracheotomy in her throat. A policeman stabbed her in her neck seven years prior. The injury and now wound is life threatening – and yet she has no housing.

Some of the guys whose dwellings were nearby hung out and talked with us. Mr. Lee’s excited smile parted clouds when he thought there was French toast on his plate. However, the similarly colored pumpkin bread tasted just as good, he said, when he came back for more.

The group, made up of concerned citizens, have been serving hot meals once a month since Christmas last year.

As people came and went, Michael James played a medley of Christmas songs for everyone’s listening pleasure. He said about five people told him that they’d played in school bands, like Jamie, who graduated from Hayward High in 1982. James lives walking distance from the encampment, while other Auset Movement members traveled from as far away as San Francisco, like Kwalin, to share a bit of cheer.

We served about 55 people, with 25 plates left over, which we gave to New Life Ministries members who arrived as we were packing up. They had socks to give away and took the extra meals to give away elsewhere like Lafayette Park and San Pablo Avenue near West Grand. I wished I’d kept about 5-7 meals to pass out along Fifth Street, especially Castro, where Kheven, Kwalin, Delene and I met some men in October, but hadn’t been back.

I was surprised that there were not a lot of people serving the homeless community in tents – especially along Fifth Street this morning – like there were on Thanksgiving Day. There were so many people on the streets Thanksgiving Day, we were tackling each other vying to score meal touchdowns first (smile).

We sang Happy Birthday to Andrew, whose birthday was Dec. 23. He is officially grown now. I didn’t get his story, maybe next time. Down the way, about mid-block, I met Messiah and Discovery – cool names. There was a garbage bin further up the block. This was new. I hadn’t seen this in October. Messiah said the City of Oakland would pick up the full bin as often as needed when he called.

Lee asked last month what it would take to have porta potty along Wood Street so that people would have somewhere to relieve themselves. I priced them from $642 for the larger industrial ones to disposable units for women and men at $4.99 (Travel John), $9.99 (Go Girl), $11.00 (Carex Female), $5.99 (Inflatable), $4.99 (Texsport Folding Toilet, on sale).

For January, we plan to supply everyone with a toilet. Hand washing stations need to be serviced; however, perhaps we can petition the City of Oakland to put one on Wood Street, along with a toilet. They run about $432 (sale price). If anyone would like to help with a donation, call or text 510-255-5579.

Sanitation is really hard to maintain when there is no running water.

For January, we plan to supply everyone with a toilet. If anyone would like to help with a donation, call or text 510-255-5579.

Auset is the Kemetic goddess of love. Her husband, King Ausar, beloved leader, was dismembered by his jealous brother Set, who wanted to rule the Nile Valley. Distraught, Auset nonetheless searched for the scattered pieces and found them all except one (the phallus). One night Auset brought Ausar back to life, and she conceived Heru. Heru later grew up and defeated his Uncle Set with love. We know through this story that love is the most powerful weapon and that The Auset Movement will win.

The Ausar-Auset story is also the story of not just the Immaculate Conception, but the story of African peoples dispersed throughout the world through enslavement and other economically and politically driven, forced migration or disbursement policies. We call the Maafa by other names – transatlantic slave trade, colonialism, gentrification and imprisonment (New Jim Crow) – but it amounts to the same thing: cultural and racial genocide.

Bay View Arts Editor Wanda Sabir can be reached at wanda@wandaspicks.com. Visit her website at www.wandaspicks.com throughout the month for updates to Wanda’s Picks, her blog, photos and Wanda’s Picks Radio. Her shows are streamed live Wednesdays at 7 a.m. and Fridays at 8 a.m., can be heard by phone at 347-237-4610 and are archived at http://www.blogtalkradio.com/wandas-picks. This story first appeared on The Auset Movement. 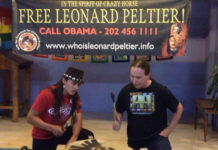 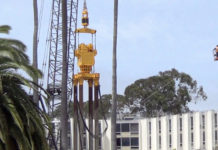