Gen. George Armstrong Custer (1839-1876) paid the ultimate price for the sins of certain white people of his time who committed damn near every type of crime against humanity upon the indigenous peoples of this country. 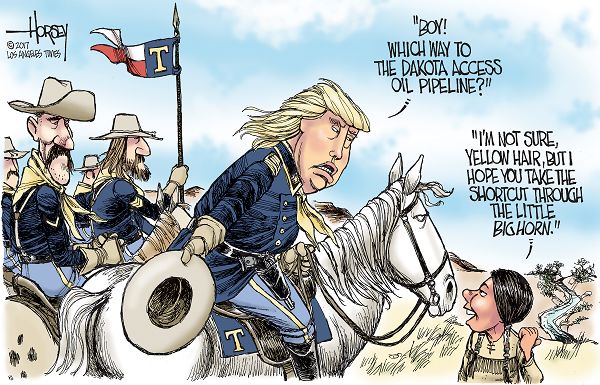 So much so that many different tribes of indigenous peoples came together, some who were sworn enemies, to fight and defeat their common oppressor. Here in 2016, once again, many different tribes of indigenous peoples, and not just from this country but from around the world, have come together to defeat their common modern day oppressor.

They are gathered in North Dakota to stand up and peacefully fight for their human rights and against oil pipelines being run through their sacred lands and underneath their lifeline, which is their water.

Repeatedly, the indigenous peoples of this country and around the world are fighting for their birthright – their right to be who they are and to live, and not just exist, as what they are, human beings. As human beings, they demand their human rights and they demand them now – the right to live “free and in peace and to drink clean water” from an uncontaminated river.

Michelle Alexander, author of “The New Jim Crow: Mass Incarceration in the Age of Colorblindness,” wrote: “This nation was founded on the idea that some lives don’t matter. Freedom and justice for some, not all. That’s the foundation. Yes, progress has been made in some respects, but it hasn’t come easy. There’s an unfinished revolution waiting to be won.”

That revolution is now happening in different parts of this country. From the inner cities to the Great Plains of North Dakota. The descendants of the first people of this country and the descendants of slaves – both left out of the United States Constitution when it was written, both treated like afterthoughts or footnotes ever since – have a common goal: to get their common oppressor to stop oppressing them and start respecting them as the human beings that we are.

Black lives matter; Red lives matter. And there is the potential for something great to happen out of the historical oppression of these two proud and long-suffering, oppressed peoples – our coming together in dignity and solidarity, working together for our common good in this very real fight for our collective humanity.

As the late Rev. Dr. Martin Luther King, Jr. once stated: “It’s better to walk in dignity than to ride in humiliation.”

Our dignity, self-respect and self-worth will no longer allow for us to be humiliated by the powers that be! 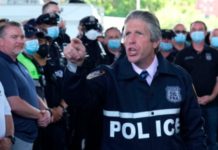