Oakland – Uppity Edutainment presents “Out of Darkness,” a full length three-part documentary, on Saturday, Jan. 14, at Oakstop, 1721 Broadway in downtown Oakland. The director, Amadeuz Christ (Δ+), an Oakland native now living in Atlanta, will be present, with Sabir Bey of the Sabir Bey Show, to discuss the content of the film. The post-film screening dialogue will be facilitated by Rahme’el Bey. 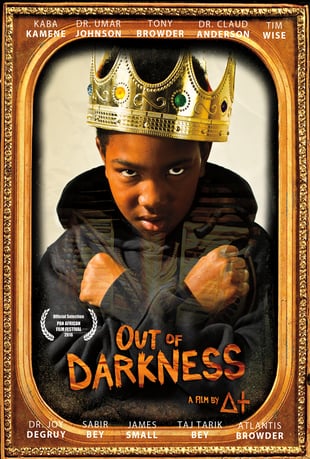 This film examines the untold history of African people, the African cultural contribution to the nations of the world, and the events that have contributed to the condition of African people today. “Out of Darkness” explores the Nubian-Kushitic origins of Nile Valley civilization, contact between Africa and the Americas since the times of antiquity, as well as the influence of the Moors in Europe, leading to Europe’s intellectual Renaissance.

In addition, the film will analyze the history of modern day racism, the concept of “white supremacy,” the impact of Hip Hop as a social movement and the idea of nationhood.

Covering three acts, with 13 topics, the film explores many diverse issues that are pertinent to all conscious and aware people of color seeking legitimate knowledge of self. To say that this film is relevant is an understatement in the highest form of misunderstanding.

For example, Act One’s topics, featuring five initial centers of discussion, are War on History, Nile Valley Civilization, Burden of Proof, Out of Afrika and The Age of Enlightenment. With five more scholarly topical explosives, the next act covers Post Trauma, Racism and White Supremacy, Cognitive Dissonance, Illusion of Inclusion and Conquest of the Mind, holding and filling the viewers’ intellectual interest with timely information.

This act made me think deeply about today’s so-called self-denial states of Black awareness circles in America that exists in some sectors.