Oakland – Repealing the Costa-Hawkins Rental Housing Act by passing Assembly Bill 1506 would go a long way toward strengthening rent control, limiting rent increases and once again allowing cities to regulate the rental rates on rental housing units that have been voluntarily vacated. Passage of AB 1506 would help in the effort to stabilize communities and challenge price gouging by unscrupulous landlords throughout California.

California Assemblymembers Bloom, Chiu and Bonta introduced AB 1506 on Feb. 17, 2017, and need your support for the proposed bill to repeal Costa-Hawkins. The bill would once again allow the regulation of residential rental housing pricing by local governments in California.

Passage of AB 1506 would help in the effort to stabilize communities and challenge price gouging by unscrupulous landlords throughout California.

According to the city attorney of Fremont, “As early as 1976, the California Supreme Court upheld the authority of cities to adopt rent control under their police power granted in the state Constitution.

“That authority was limited by the state Legislature in 1995 by the Costa-Hawkins Rental Housing Act (Costa-Hawkins). Under Costa-Hawkins, rent control cannot be applied to units built after Feb. 1, 1995. Costa-Hawkins also exempts single family homes, condominiums and rental properties with less than two units.

“As to rental units constructed prior to 1995, Costa-Hawkins prohibits “vacancy control.” In other words, where a rent control ordinance is in place, rent-controlled units by law become temporarily uncontrolled when a tenant moves out, and property owners can reset and increase rents at that time without any limitations.

“Once a new tenant occupies the vacant unit, however, the unit again becomes subject to an existing rent control ordinance.”

Assemblymember Rob Bonta of Oakland is trying to repeal the Costa-Hawkins Rental Housing Act. In an email, his aide, Tonya Love, wrote to tenants’ rights groups supportive of AB 1506:

“I am writing to bring your attention to AB 1506 – Repeal Costa-Hawkins – that Assemblymember Bonta is co-authoring with Assemblymember Bloom and Assemblymember Chiu. Our office is working to gather support for this bill and naturally we wanted to reach out to see if this is an issue your organization can consider supporting.

“The bill is pretty straightforward as it repeals the Costa-Hawkins law. A strategic communications and advocacy plan is in the works. However, we are asking all of our local advocates and their partners to help by sending in letters of support, making phone calls, writing op-eds, setting up meetings with key assemblymembers and mobilizing constituents in support of AB 1506. This will be a heavy lift and we need all hands on deck!

“Currently the bill has gone through its first reading (introduced Feb. 17) and we expect it to be assigned to the Housing and Community Development Committee within the next couple of weeks. We will keep you informed of when it reaches the committee.

“There are seven members, and we need a majority to pass. I have highlighted in all-caps the members whose votes are critical in order to get the bill passed out of committee. If you have allies in these districts, please communicate with them and ask them to support AB 1506.”

“If you need contact information or have any questions, please let me know. Thanks and I look forward to hearing from you.” – Tonya D. Love, Office of Assemblymember Rob Bonta, 1515 Clay St., Ste. 2204, Oakland, CA 94612

It is no surprise that the California Apartment Association (CAA) is against the repeal of Costa-Hawkins and is aggressively taking action to stop it. The CAA has many politicians in its pocket as a direct result of the corrupting influence its BIG MONEY has on lawmakers in California.

Greg McConnell of The McConnell Group in Oakland, who resides in Danville, likes to boast that he is the one who led the charge to pass the notorious the Costa-Hawkins Rental Housing Act – a law that stripped cities of their right to regulate rents as a way to protect renters from unscrupulous landlords. 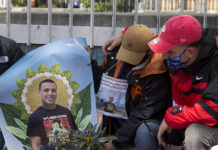