Joc Scholar and Centric are two different musical artists who are unstoppable when combined. They are called the Grand Opus, a hip hop duo from Northern California. Joc Scholar, the emcee, is from Fresno, and Centric, the producer, is from Oakland.

Centric has worked with various hip-hop artists such as Kool G Rap, Sean Price, Sadat X Fashawn and Planet Asia. He loves producing and working with people and does not allow anything to stop his passion.

His mission is inspiring people through music. Joc Scholar gave himself his name by using his birth name, Jacques, and combining it with Scholar. According to me, when one listens to the Grand Opus album, “Forever,” you will quickly realize Scholar is a genius emcee.

He has released other albums before the Grand Opus, such as “Water from the Nile,” “The Story of an Emcee” and “Kold Crush.” His lyrics and rhythm in the “Forever” album talk about life in the unfair and unjust country, America.

Joc Scholar and Centric grew up in Black communities with few available resources to help Blacks succeed. They show the lifestyle and mindset that many Black people experience before their success.

Blacks in the U.S struggle, since their communities lack education, money and stability. Those who cannot afford advanced education are predestined to fail. 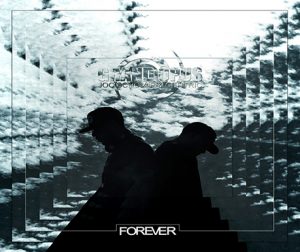 As a result of poverty, Black people turn to other resources, like hip hop music. Like Public Enemy, Grand Opus’ mission is getting the community together for change.

In the ‘80s, when Public Enemy came forth, they made their statement about Black America just like Grand Opus is making a statement in 2017. In my view, although little has changed, both groups demonstrate an immense passion for this change.

People of color are still not equal, the criminal justice system has not improved, and the worse of it all is police brutality. It has even reached the point where Black people are killing their kind. This is NOT what our country should be about.

The song “Beautiful” by the Grand Opus is powerful and talks about political struggles. It is about the world being corrupt; without all this corruption, it would be beautiful.

This song is supposed to be what America is about: “The Land of the Free.” All men are created equal, regardless of color, origin or religious belief, but yet the U.S is set up for the poor to stay poor and the rich to stay rich.

Religious beliefs under attack; as a Muslim, one gets labeled a terrorist. “Born to love, and then we learn to hate” is a powerful quote from this song because it explains how prejudice is a learned behavior.

Being dark skinned is still considered wrong, shameful and inferior. It is widely believed that the lighter you are, the better you are, and the more superior you are to others in society. Grand Opus states in their song, “The truth is imperative,” which is a strong message used to educate our communities that it’s on us to make a change.

One person cannot do it, no president, governor or mayor can do it on their own; it takes a group effort. The people must do it.

Grand Opus wants to connect to individuals in a spiritual way to embrace love and happiness and to learn about others. Grand Opus wants their listeners to accept the reality of the world and not to believe the media. The media only educates people on what they choose to teach, and that is not always the right information to be teaching.

Like so many political rappers, such as Tupac Shakur, NWA and Public Enemy, they all make a statement when you hear their music, and that statement is expressing the struggle to be Black in America.

Chinyere Egu, a writer and student editor promoting positive hip-hop in the Bay Area, can be reached at chindog7@gmail.com. For more information about Grand Opus, visit Grandopus on Facebook and @Grandopusca on Twitter.

Police are more dangerous to the public than criminals