Black fencer Peter Westbrook is not a legend just because of the fact that he has competed and triumphed in the sport at an Olympic level, but because he has trained thousands of mostly Black children in New York in the art and the sport of fencing at the Peter Westbrook Foundation. “A Path to Excellence” is a documentary that speaks to the history of Peter Westbrook, the founders of his foundation and its work with New York’s inner-city youth. 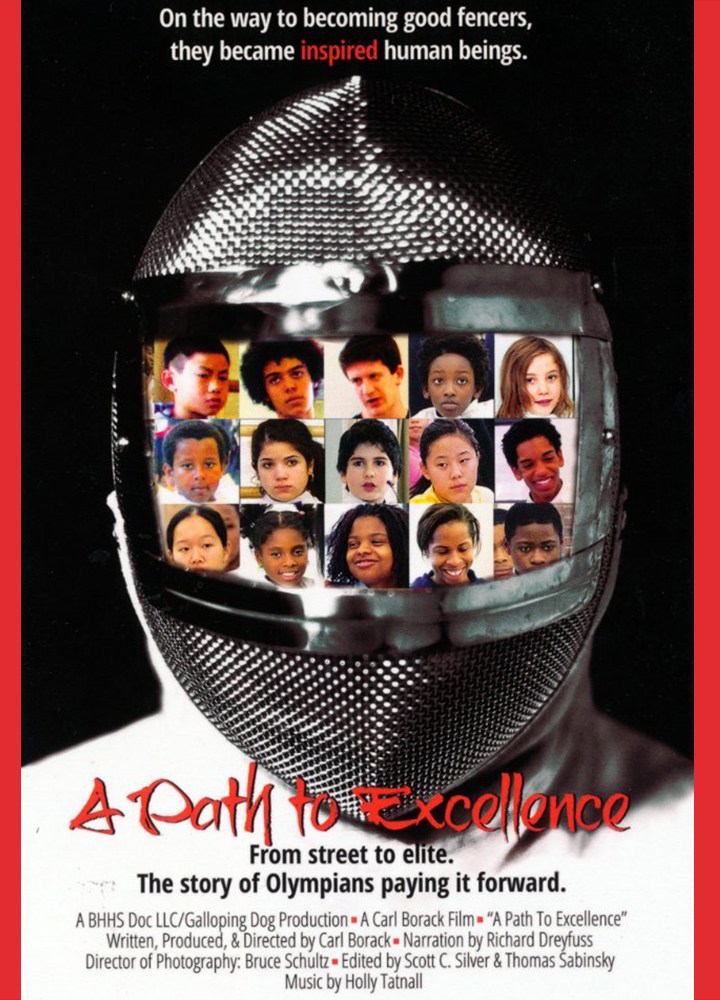 Filmmaker Carl Borack talks about his relationship with Peter, the foundation and the film, which has been selected for the San Francisco Black Film Festival. Check him out in his own words.

M.O.I. JR: When did you become aware of the phenomenal work that Black fencing legend Peter Westbrook is doing with the children?

Carl Borack: I have been aware of the work of Peter Westbrook and the founders of the PWF (Peter Westbrook Foundation) since very soon after its inception and have watched its growth and success. All of the founders and Peter were members of Olympic and world championship teams on which I served as captain.

M.O.I. JR: When and how did you become aware of his individual impact on the sport of fencing?

Carl Borack: I am very involved with the sport of fencing and so I have witnessed his success and its impact on other athletes and USA Fencing from the moment it started happening.

M.O.I. JR: What inspired you to make this film now?

Carl Borack: I have served as team captain of three of Pete’s Olympic teams and I remember hearing him give an interview to ABC in 1988 at the Seoul Olympic Games where he talked about wanting to form a foundation to teach inner-city kids how to fence. To watch him live up to his words and create such an amazing and successful entity inspired me as a filmmaker.

It was a story that should be told and, given my background and relationship with Pete and the other founders as well as the athletes the PWF produced, I was the most natural to do this film. I didn’t have to do any research; I knew the story well. In many ways, I was part of the story, having served in a leadership position on so many teams with them.

M.O.I. JR: How did you choose who you wanted to interview?

Carl Borack: Of course I wanted to interview as many of the PWF athletes as I could, as well as the parents of some the young kids in the program. Also, I wanted the perspective of coaches as well as Olympians from the sport who weren’t part of the foundation. Because the program includes such an important education component, I included the educator in charge of this aspect of the program as well.

M.O.I. JR: How long did the process take from pre-production to post-production?

Carl Borack: Because of scheduling around tournaments it was about a year, perhaps a little longer.

M.O.I. JR: What is the biggest message that you want for people to get from this film?

Carl Borack: This is a film about heart and values, about the impact of Pete and the PWF alumni on the lives of inner-city kids whose introduction to fencing has changed and elevated their life paths. How “paying it forward” and giving back to the community is a noble, spiritual, elegant, gracious way to conduct one’s life. Needless to say, it is also about what an amazing man and exemplary role model that Peter Westbrook is.

M.O.I. JR: What is the importance of Black Olympic legends teaching Black children fencing? How does life and fencing correlate?

Carl Borack: Fencing is a sport that has many virtues; it has often been called “physical chess.” It teaches you how to think, how to deal with victory and defeat. It’s an honorable sport. It also elevates one’s goals. Like Peter, all those involved are terrific role models that these kids would not get to experience without the foundation.

M.O.I. JR: What is taught besides fencing?

Carl Borack: There is a whole educational aspect to the program, and the PWF provides tutors, study halls and encourages the goal of good grades and aspiration to good colleges. There are life lessons and social values and emphasis on what is important in life.

M.O.I. JR: Can you talk about the family vibe that the Peter Westbrook Foundation has?

Carl Borack: When you speak to any PWF member, every single one of them mentions that it is a “family.” There wasn’t one interview that I conducted where they didn’t mention that. Pete has created a family environment and it is perpetuated by all the coaches and volunteers.

When you speak to any PWF member, every single one of them mentions that it is a “family.” There wasn’t one interview that I conducted where they didn’t mention that. Pete has created a family environment and it is perpetuated by all the coaches and volunteers.

Carl Borack: I followed up “A Path to Excellence” with another fencing related film entitled, “What Is It About Fencing?” In fact, Pete and many of the people from the PWF film are in the new film. I am currently finishing another documentary film, “From Potential to Achievement,” about the Christina Seix Academy in Trenton, New Jersey, which is a private school for inner-city kids from families that can’t afford a private school.

I have a number of new documentaries on the drawing board and, subject to being able to raise the funding, I will decide which one to embark upon.

Also, in my past, I co-produced a very successful trilogy of feature films based on the Newbery Award-winning book, “Shiloh,” by Phyllis Reynolds Naylor. My producing partner and I are trying to create a TV series based on the books.

M.O.I. JR: How do people stay online with you?

Carl Borack: Email me at clborack@me.com.

A Path to Excellence Trailer from Carl Borack on Vimeo.