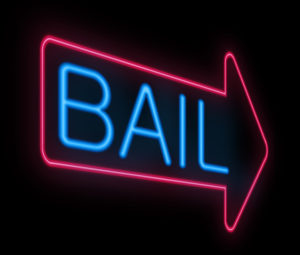 California is taking a momentous step forward. The state Senate, supported by the Assembly, is moving to end bail as we know it. For as long as I have been a lawyer, “making bail” has been a requirement in our criminal justice system, people have the right to have the best bail bonds company at their services.

The rule says you are “innocent until proven guilty.” Making bail is the first step that undermines the rule. In our system of justice, once you are arrested, you must prove your innocence. That requires money, starting with bail money.

Where did it come from?

The right to bail comes from English law. It was incorporated into our Constitution in the Eighth Amendment.

Today, a coalition of civil rights organizations supported by dozens of advocacy organizations has taken a huge step to repair the damage of racist failed policies. Thanks to Professor Michelle Alexander, we know that there were more African-American men in prison, jail or on probation or parole in 2013 than were enslaved in 1850.

Almost a dozen legislators, including District 18 Assemblymember Rob Bonta, are pushing forward with bail reform. There are two bail reform measures being pushed through the state Legislature, SB10 and AB42.

SB10 and AB42 are important steps in addressing the terrible consequences of mass incarceration. They both need our support to pass this time.

Passage is not guaranteed. Bail reform failed in the legislature in three prior attempts. SB10 creates a pretrial services agency in each county and a hearing process for anyone who cannot immediately be released on their own recognizance.

For the first time, the judge deciding whether to release an individual must consider the presumption of innocence along with other factors.

We have a bail problem

The current system allows a person’s wealth rather than their guilt or innocence to determine whether they will remain in jail until the case is over. Indeed, in California, the average bail amount is $50,000. This is five times higher than the rest of the United States.

Thousands held in county jails across the state have not been convicted of a crime. They may in fact not have committed any crime. Many people arrested spend up to five days in jail even when there is not enough evidence to charge them.

The current system allows a person’s wealth rather than their guilt or innocence to determine whether they will remain in jail until the case is over.

Bail is historically and often used to coerce guilty pleas. Prosecutors often ask for a high bail and judges grant the request to coerce the person to plead guilty.

A 2017 study by Human Rights Watch found that between 2011 and 2015, 1,451,441 people were arrested and jailed for felonies. Of that number, almost 500,000 were eventually found not guilty, their cases were dismissed, or the prosecutor never filed charges.

Alameda County has a bail problem

In 2014-2015, Alameda County spent close to $15,000,000 to incarcerate people whose cases were either dismissed or never filed. Many innocent people had cases filed against them, but the case was dismissed or they were acquitted after spending weeks or months in jail.

It is estimated that more than 85 percent of the people in jail in Alameda County are pretrial detainees – they have not been convicted or pled guilty. Ninety-one percent of those who pled guilty to a felony were released shortly after they took the plea deal. Most of the time, there is no legal right to sue for wrongful imprisonment, even if you were innocent.

When a person cannot make bail, it may cause loss of employment, income and/or housing. Our current system causes traumatic family disruption. On the one hand, when a person is held in jail, the whole family suffers shame and fear. To bail someone out may require multiple family members to take on crushing debt.

The consequences of pretrial detention affect people of color, particularly Black people, and poor people far more often than white people. The stories of people losing their jobs or their homes because they went to jail and couldn’t make bail are far too common.

SB10 and AB42 are important steps in addressing the terrible consequences of mass incarceration. They both need our support to pass this time. The question is, do we really believe that someone is innocent until proven guilty, and if so, does that matter?