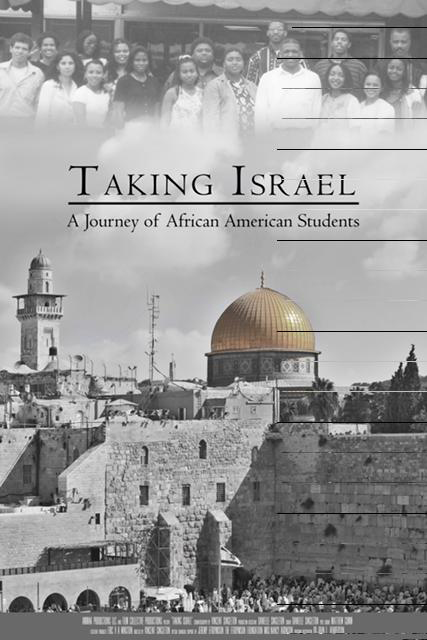 “Taking Israel” is a film executive produced by Dr. Eric Winston about a study-abroad program that he oversaw at Wilberforce University that exposed Black students to a semester of Israeli culture, society and politics. It has been selected to screen at the San Francisco Black Film Festival mainly because it deals with Black people trekking past U.S. borders for answers to questions as citizens of the world.

“Taking Israel” was interesting to me because I have not been to that part of the world, and I wanted to hear Black young people from Ohio give their take on what they were seeing and experiencing. Check out Dr. Eric Winston in his own words.

M.O.I. JR: What made you want to do a film on 200 Blacks from Ohio doing a 10-week study abroad program in Israel? Are you Israeli?

Dr. Eric Winston: I served as vice president for development at Wilberforce University from 1979-2002. The program depicted in the film ran from 1988-2002. As co-director of this program, I made over 40 trips to Israel. When I retired, I decided to make this documentary so that the participants’ stories could be told.

Dr. Eric Winston: As a fundraiser, I conducted GoFundMe campaigns and solicited friends and associates.

M.O.I. JR: What did you think about the Black women being sexualized and exoticized by the Israeli men?

Dr. Eric Winston: The participants expressed their feelings in relation to how they were perceived by some of the men they encountered in Israel. The feeling was that American TV shows, with a preoccupation on sex, gives many men in foreign countries the impression that American women are “loose.” Our participants handled themselves at all times in a dignified manner.

M.O.I. JR: What would you say to people who think that this film can be used as propaganda or a public relations piece in the Black community for the Zionist state and its human rights violations?

Dr. Eric Winston: This film was not and is not designed to be a political statement. It was created specifically to allow the participants to tell their story. Any use other than the original intent is contrary to our goal.

M.O.I. JR: How would you compare the assimilationist politics of the Arabs in Israel to the African-Americans and their elation surrounding the swearing in of Obama?

Dr. Eric Winston: There are many similarities. Our students had a chance to meet with both Israeli Arabs and Palestinians in the West Bank. They discussed the many similarities of the common struggle. Yet at the same time, the participants saw similar likeness between the Israelis being a minority in the region and their minority status in America.

M.O.I. JR: How long did it take for you to script, shoot, edit and put this film through post-production?

Dr. Eric Winston: It took us two years to complete the entire project from start to finish.

M.O.I. JR: What kind of message do you want people to get from this film?

Dr. Eric Winston: I want people to get the message that the participants had their “eyes opened” to the world. Most students had never left the country before and learned a lot about themselves and about the people with whom they came in contact. Many participants said it was the first time that people spoke of them as being Americans as opposed to being Black Americans.

M.O.I. JR: How did it feel to be accepted into the SF Black Film Fest?

Dr. Eric Winston: Very pleased and excited about our acceptance into the SFBFF. It is truly an honor.

Dr. Eric Winston: By contacting me by email, at ericwinsto@gmail.com, or Facebook. 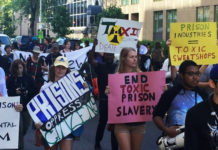