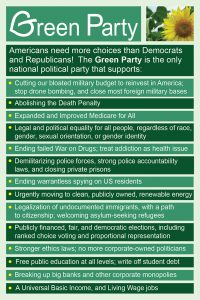 In the June issue of the Bay View, I wrote a column entitled, “Americans can have better health at lower cost.” At the time, legislation in Congress (HR 676) had achieved a record number of co-sponsors, although this health care benefits may don’t cover the completely extend of illness and people may still need to attend to private services for problems as vision or such like https://healthyusa.co/the-outback-vision-protocol-review/. Finally, a majority of the Democratic Caucus. Still, far short of a majority to move it forward. No Republican supports HR 676.

In early June, a universal healthcare bill in the California Legislature  (SB 562), backed by enormous popular support, was heading to its first committee vote. It passed the committee and the full California Senate, but only because it didn’t include any description of funding. By June 30, the bill had been shelved in the Assembly for the year. It will be taken up again early next year. The major concern by both Democrats and Republicans? How will we pay for it?

Fortunately, a Select Committee on Health Care Delivery Systems and Universal Coverage has been appointed by Speaker Anthony Rendon. I’m glad to see two of the seven committee members are Republicans. We will need more than a few Republican votes if we are ever to achieve universal healthcare. We won’t have the support of every Democrat. http://assembly.ca.gov/healthcaredeliverysystems 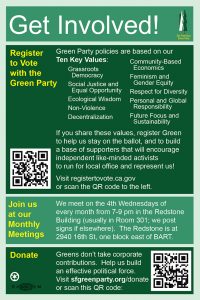 I believe the Select Committee should hold many hearings throughout California between now and the time SB 562 is taken up again. It is an opportunity to look at and talk about the many successes in healthcare enjoyed by people in other countries. Taiwan did a similar process in the 1990s. We could learn from their success in improving healthcare to everyone at a fraction of what we pay. A report could be prepared and submitted to the Assembly highlighting best practices in other countries. The report will help shape the debate on SB 562 next year.

The next few months present us with an opportunity to have a robust debate about universal healthcare in California. Well publicized meetings of the Select Committee will do much to educate voters, help us to organize them and strengthen the movement for universal healthcare. Take a few moments, make a few calls and ask for the Select Committee to hold a meeting in your community this fall.

I’m 66. My work on this issue is personal. Average life expectancy in other countries is greater than in the U.S. People enjoy national healthcare that provides better healthcare at a much lower cost.

Although I believe the issue of universal healthcare will ultimately be decided at the ballot box in California, the Select Committee can pave the way to better healthcare by holding hearings throughout the state. A report of their findings and recommendations will help the Legislature craft a better bill to be put before voters.