On Oct. 26, the nonprofit Innovate Public Schools released a new report that reveals a deep conflict between San Francisco’s image as a bastion of progressivism and the reality playing out in its public schools. Concerned parents and community leaders gathered on the steps of City Hall for a press conference on the findings of “A Dream Deferred: How San Francisco schools leave behind the most vulnerable students.” Parents then delivered the report to each member of the Board of Supervisors and to Mayor Ed Lee, San Francisco Unified and Superintendent Vince Matthews, asking for urgent action for local students.

“We have a crisis in education in San Francisco,” said Pastor Arelious Walker of True Hope Church of God in Christ at the press conference. “San Francisco should rise to the challenge.”

“We’re here today because we love our children – it’s as simple as that,” said Bayview parent leader Cyn Bivens. “In a city with a thriving job market, our children aren’t getting the education they need to even be eligible to go to college, let alone participate in that job market.”

Explaining why parents chose City Hall as the location for the press conference, Bivens said, “Failing public schools impact the whole city, so we need city leaders also to be part of the solution in a much bigger way than they have in the past. … Everyone, from the School Board to City Hall, must bear responsibility for this travesty and must now act with urgency to make things right for our students.”

“We have a crisis in education in San Francisco,” said Pastor Arelious Walker of True Hope Church of God in Christ at the press conference. “San Francisco should rise to the challenge.”

“We know far better is possible because there are examples of schools and districts with much stronger results for underserved students across the country, in California, and right here in San Francisco,” said Innovate Public Schools’ Senior Research and Policy Lead Thomas Maffai. “The city should look to those examples.”

Read the full report at www.innovateschools.org/sf.

Some of the report’s key findings:

Right now, the majority of Latino and African American students are not graduating high school in four years with the requirements they need to attend a state university.

Innovate Public Schools is a nonprofit organization working to make sure that all students in the Bay Area – especially low-income students and students of color – receive a world-class public education that prepares them for success in college, careers and beyond. Innovate publishes easy-to-understand school quality data and research that highlights both problems and solutions and organizes parents to push for better schools in their community.

At the press conference, parents called on mayoral candidates to make education central to their campaigns. And they called on current elected officials to sign a pledge committing to champion policies that put children first and increase proficiency for low-income African American and Latino students by 20 percentage points by the end of the 2019-20 school year. Standing next to parents, state Sen. Scott Wiener, D-San Francisco, became the first elected official to sign on to the pledge.

“This report shows that San Francisco is not meeting one of its core responsibilities – guaranteeing that every single child in this city can benefit from a quality public education,” said Sen. Wiener. “While San Francisco has a lot of great public schools, we cannot have a system where kids from some backgrounds have better access to education than others. We must work harder to close the achievement gap.”

“This report shows that San Francisco is not meeting one of its core responsibilities – guaranteeing that every single child in this city can benefit from a quality public education,” said Sen. Wiener.

Dr. Amos C. Brown, president of the San Francisco NAACP, wasn’t able to attend the press conference but sent a letter of support for Innovate Public Schools’ work “to fulfill the need of improved academic and social conditions for African American students and other marginalized youngsters in the San Francisco Unified School District.”

SFUSD Superintendent Vince Matthews took over the top role earlier this year and is preparing to announce his plans. On Nov. 4 at 6 p.m., members of the San Francisco NAACP and concerned citizens will be turning out to the SFUSD board meeting at 555 Franklin St.

Then, on Saturday, Dec. 4, parent leaders with Innovate Public Schools will be hosting a Community Action Forum on the education crisis in San Francisco. The time and location are yet to be determined but will be posted on Innovate’s website, www.innovateschools.org. To learn more, contact Sean Hardy, organizer with Innovate Public Schools at shardy@innovateschools.org or 650-562-6200, ext. 117. 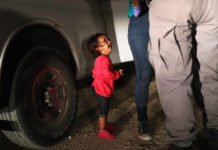 Stop the heartless racism on the border: Make justice and decency prevail in our nation 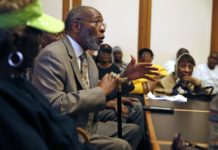 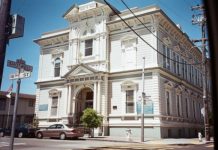 Family and friends demand justice at memorial for Derrick Gaines