Dec. 28, 2017 – Legendary KPFA Radio, 94.1 FM, in Berkeley has reportedly been placed at risk due to $1.8 million awarded in a summary judgment to Empire State Realty Trust, Inc. (ESRT). Additionally, attorney’s fees against the Pacifica Foundation and WBAI Radio in New York, KPFA’s sister station in the Pacifica network, have been granted because of a feud over alleged unfair, unreasonable and exorbitant annual increases in the rent for situating the station’s transmitter at the top of the Empire State Building in New York City.

Pacifica Foundation, owned and purportedly governed by its listeners, holds the broadcast licenses for KPFA in Berkeley, WBAI in New York, KPFK in Los Angeles, KPFT in Houston and WPFW in Washington, D.C.

The 6:00 p.m. KPFA Evening News on Dec. 28, 2017, reported that the Pacifica Foundation board members were deadlocked on a vote this evening to go into foreclosure or file for Chapter 11 bankruptcy, due to over $2 million owed to ESRT in unpaid tower rent at the Empire State Building.

Interviewed on the news broadcast was Pacifica Interim Executive Director Bill Crosier, who stated that the Pacifica Foundation is in peril with debt totaling over $8 million. KPFA may shut down on Jan. 8, 2018, if the dispute with ESRT is not resolved, Crosier said, adding that nothing has been paid to ESRT since last May.

He stated that if Pacifica files for Chapter 11 bankruptcy, they can protect their assets, including KPFA radio. Pacifica is also seeking a loan to settle the law suit and pay other debts.

“I’ve held off writing this depressing message as long as I could in an effort to gather as much information and analysis as possible while working with current and former Local Station Board members in trying to protect KPFA’s interests in this grim situation we find ourselves in.

“Because of Pacifica’s critical financial condition and the Pacifica National Board’s lack of strategic action or courage, the prognosis for the network’s future is shadowy.

“Come Jan. 12, KPFA’s money and property may be seized by the Empire State Realty Trust because of a $1.8 million debt of our sister station WBAI.

“If this happens, we will cease broadcasting because we will be unable to operate the station. At that point, our building and our bank account will no longer be under our control. Needless to say, this is a terrible position to be in, especially for management when there is still no plan of action to articulate from the national leadership to the staff.

“How Did This Happen?

“WBAI owes the Empire State Realty Trust $1.8 million in delinquent transmitter rent. [Plus more delinquent rent since April, not covered in the suit.] ESRT filed in court against Pacifica on Nov. 23, 2016. Their monthly rent is currently at $53,000 per month, escalating each month.

“On Oct. 4, a judge found in favor of ESRT making it possible for them to file in all states where Pacifica has properties, allowing them to seize money and property.

“The idea of a signal swap for WBAI was ignited and brokers were hired.

“The PNB voted to give IED the authority to begin preparation for Chapter 11 bankruptcy protection, but he and many others on the PNB thought to sell properties (like our two adjacent buildings) and others could cover the debt. The other idea was a high-interest loan that so far has never been secured. All of these instead of the signal swap in New York.

“Then the PNB rescinded the bankruptcy resolution. Also, KPFA and KPFK signals were added for signal swaps.

“ESRT judgment filed in California on Dec. 6 to seize property and money from KPFA and KPFK [editor’s conjecture; only the letter K appears]. It is a 30-day waiting period that ends Jan. 12.

“Then the PNB voted to allow some prep for bankruptcy.

“At the PNB meeting two weeks ago, California Deputy Attorney General Julianne Mossier spoke and made it clear that the board needed to vote to take action immediately and that anyone who obstructs for any personal reasons is liable for not carrying out their fiduciary duties.

“The board ignored her plea and set up an emergency meeting about moving ahead with bankruptcy the following Monday, but no action was taken.

“The clock is ticking …

“What is Being Done?

“I want to thank all the LSB members who have worked so diligently this year negotiating with the PNB in good faith to move the network in a positive direction while also protecting KPFA’s interests.

“Because of the imminent threat of a lien on KPFA’s bank account, we have disbursed in advance (what is legally allowed) to our payroll account to Dec. 31 and medical benefits till February, and all of our essential bills are paid. In the first week of January, we will process advance payroll for January and pay another month of medical. I’m sorry to say that is all management can do. There still is no playbook for a month or two months down the road.

“What is the PNB doing? The governance structure of Pacifica, our historic culture of the usual political infighting etc., has led to disagreement and paralysis. Unless action is taken pretty immediately, we may cease to exist. You deserve to understand where things stand. I could wait no longer.

“Much respect, Quincy McCoy, General Manager. In times of crisis, unity is the only solution.”

In a July 11, 2017, press release, Pacifica Interim Executive Director Bill Crosier asserts regarding the transmitter rent: “The amount being charged is over four times the market rate in New York and threatens the future of independent radio. Market rate for FM transmitter tower leases in NYC is now about $12,000 monthly. WBAI’s bill for the month of May 2017, in contrast, came to over $53,000. We’ve been on the Empire State Building since 1965 and have always been willing to pay what’s fair and reasonable, but these exorbitant annual increases are killing us. The ESRT must settle and release us from the rest of this onerous contract.”

According to that release, “ESRT is demanding over $2 million for unpaid tower lease costs, holding the network hostage in an annually escalating contract involving increases of about 9 percent per year. ESRT is a multinational corporation that held $554.4 million cash and cash equivalents as of December 2016 and owns billions of dollars of real estate.”

“After the destruction of the Twin Towers in 2001, broadcasting stations in the NYC area had few options for antenna space rental. ESRT took advantage of its position in the market. In 2005, their owners negotiated a highly questionable contract with Pacifica. ESRT has refused to release Pacifica from the contract, which is scheduled to continue until 2020.”

KPFA is the first listener sponsored radio station in the United States. The legendary history of the radio station is known across the country and the planet.

A community based listener governed radio station, KPFA has supported the local community for many years and would be sorely missed if ESRT were to take over the station and Pacifica’s assets.

Lynda Carson may be reached at tenantsrule@yahoo.com. This story first appeared on Indybay. 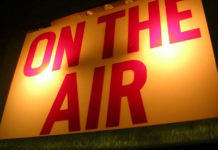