Underground rappers don’t get recognized like those who are singing hip hop music today. However, in a case where rap is underground, the genre is brought out in a gradual mainstream evolution, thus giving the artists who saw themselves as an independent lot and indifferent to a big promotion.

The underground music is usually done by independent artists who may have a separate label and are known mostly in their communities but also tour worldwide to get their name known. This description suits a particular artist who came from Fresno, California. His name was Asiatic, but he changed it to Planet Asia.

Planet Asia is an emcee who was little known until the late ‘90s when he broke onto the West Coast scene and style of music. He had started loving music at the age of 9 and never let it go.

Growing up in Fresno, California, was challenging. It’s easy to find oneself on the wrong track getting involved with the wrong people. This kind of life led Planet Asia to join the FOI (Fruit of Islam), a paramilitary section of the Nation of Islam. Though he is not in the FOI any more, it taught him knowledge of self which helped him continue and grow his passion for underground rap.

Planet Asia relocated his hometown to San Francisco in 1998 at the tender age of 22. He has since released an onslaught of mixtapes and 12 singles that made him famous. After relocating, Planet Asia teamed up with music producer Fanatik, a move that enhanced the reputation of his vocals with the wealth and content of his lyrics.

Not only does this singer-rapper rhyme but he is a creative director in the fashion industry, designing t-shirts, ski jackets and a new shoe to be unveiled in April 2018 by Radii. These items can be purchased on Amazon; search for “Planet Asia” gold chain military page. 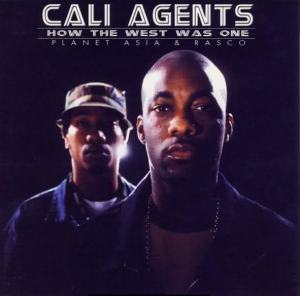 In addition to working as a solo artist, Planet Asia has worked with many artists such as Linkin Park, Bun B, Talib Kweli, Ghostface Killah, Fashawn, Prodigy, Rasco, Grand Opus and many more to release impressive albums over the years. The group that the singer was best known for as well as being solo was duo called Cali Agents that featured himself and partner Rasco.

Planet Asia and Rasco worked together on the album called “How the West Was One.” Together they won an award for the Best Round Draft Pick and Independent Album of the Year in 2001. Owing to that win, he got signed to the well-known record label Interscope but did not release an album there.

Later, he worked with artist Mystic and got nominated for a Grammy in 2002 for the song “W.” Moving on, he joined Avatar Records, where he went to release his solo labelled “The Grand Opening” in the year 2004, which secured him a nomination for The Source’s Independent Album of the Year Award.

Currently, Planet Asia has an album out called “Anchovies.” “Anchovies” is a unique album produced by Apollo Brown. The reason for the name “Anchovies” was because just like anchovies – a greasy, smelly, oily and salty type of fish – some people like them and some do not. 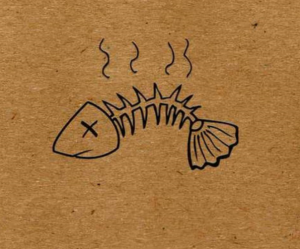 Planet Asia expressed that this album is not for everyone. He recognizes that some people hate anchovies and thus took the inspiration of the polarizing fish and brought out of it a palette of happiness. The taste of this album is geared towards a specific audience who will be motivated once they listen to it. Other records Planet Asia has done in addition to “Anchovies” are “The Medicine,” “Soul Asians,” “Egyptian Merchandise,” “The Golden Age African Style,” just to name a few.

The love Planet Asia has for music has made him continue sharing with and mentoring other independent artists who wish to rhyme as well on his tools and technique. For instance, an artist by the name of Playa Haze got a lot of his direction and motivation from Planet Asia. Playa Haze’s new album will be released soon.

It is therefore vital and a must for people like Planet Asia to continue to embrace and help our community grow, whether it is for music or just reading scripture to educate the people. Planet Asia continues to inspire his community by teaching the youth about some of the great African rulers, like Mansa Musa who ruled in Mali Empire, and other great leaders like Dick Gregory, Elijah Muhammad and the Black Panthers.

Planet Asia claims that even though he likes his music and education, an essential thing in life is being a father. For him, the family is top priority over everything.

As for his name, “Planet” means Earth, and “Asia” means the center of the Earth. Asia is the original continent, and Planet Earth is the home of the original Asiatic Black Man. One of those men is Planet Asia. Planet Asia is not called “Planet Asia” for no reason but because he is defiantly the center of Earth.

This is a single called “Shots at Your Highness” off Plant Asia’s debut LP “The Golden Buddha” that drops Jan. 19.