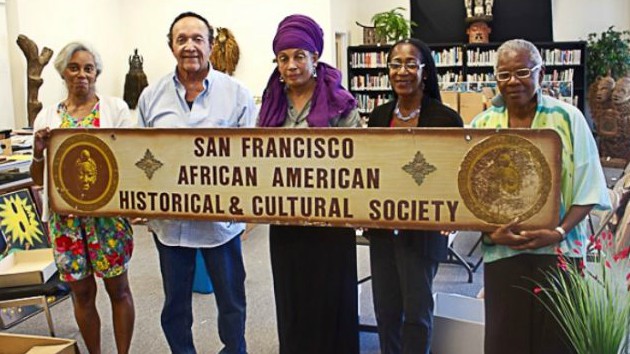 For 62 years, the San Francisco African American Historical and Cultural Society has been one of the leading voices promoting Black history and the contributions of African Americans both nationally and locally.

The 2018 Black History Month theme is “African Americans in Times of War: A Resilient Spirit.” The kickoff celebration will be held in the San Francisco City Hall Rotunda on Friday, Feb. 2, at 12:00 noon.

As part of the Black History Month celebration, the Society, SFAAHCS, will hold a film festival around the theme at the African American Art and Culture Complex, 762 Fulton St., on Saturday, Feb. 10, from 12:00 noon to 8:00 p.m. Local men and women who lived and worked in San Francisco over the past 60 years will participate in a panel and forum followed by a reception.

The 2018 Black History Month theme is “African Americans in Times of War: A Resilient Spirit.” The kickoff celebration will be held in the San Francisco City Hall Rotunda on Friday, Feb. 2, at 12:00 noon.

“Cakewalk”: 120 years ago, George Walker and Bert Williams danced their way into the Hall of Legends with their famous street routines at Grant and O’Farrell Streets, where they meet Market Street.

“Ranger Penn Buffalo Soldiers”: National Park Ranger Rik Penn, a fixture at the Presidio for years, tells what it meant to have the Buffalo Soldiers in San Francisco at the turn of the 20th century.

“Fillmore Reunion: The Shack”: In the 1940s, Hamilton Square was the only place in the city that Black youngsters could use as a playground. In 2010, former youngsters came back to tell their stories and honor those early years at “The Shack,” Hamilton Recreation Center, 1900 Geary Blvd.

All events are FREE to the public!